Skip to content
You are here:Home » Best places to stay near Roman Road 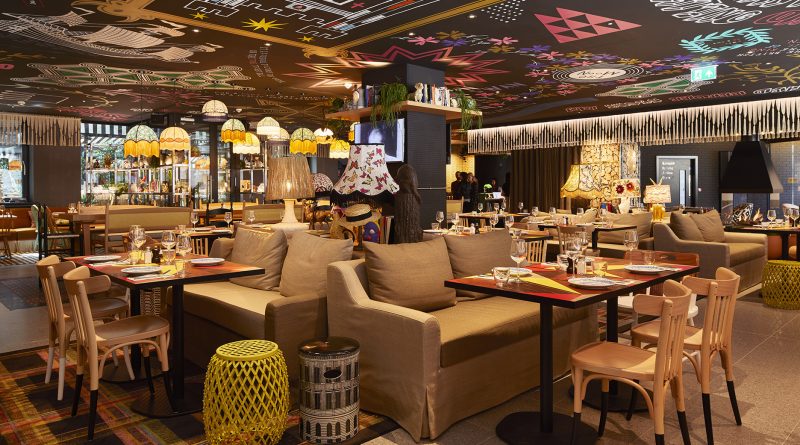 If you are looking for somewhere for your family or friends to stay other than in your spare room, read below for a list of the best places to stay in East London. We have found something for everyone, from a floating hotel in Greenwich to an Alice in Wonderland-esque townhouse in Stepney Green.

The newest boutique hotel arrival near Roman Road, MAMA London is part of a French chain. Its first foray in the UK, the hotel has a sleek furnishings with pops of colour. There are meeting and event spaces available to rent, a bar and restaurant, and even two karaoke rooms where overnight guests get a free session.

There are a selection of small, medium or large bedrooms, starting from £109.

Park Villa is a hostel located on Grove Road in Mile End. The hostel is a Georgian Regency Villa that has been restored to its original glory. From the outside, it looks like a house, but actually plays host to a selection of dorm and family rooms. The amenities here are better than many traditional hostels; soap, shower gel and linens are provided and there is wifi available throughout the building. In 2017, the Park Villa hostel was rated the best hostel in London by HostelWorld, TripAdvisor and Booking.com.
Rooms from £30 per night.

40 Winks is one of the East End’s most hidden gems. Tucked behind the facade of a Stepney Green townhouse, this boutique micro-hotel only has two rooms. Owned, designed and run by the eccentric interior designer David Carter https://www.instagram.com/40winkslondon/?hl=en, this hotel is perfect for those who want an alternative London experience. Guests can hire both of the rooms for a more private stay, and spend time getting to know the intricacies of the house. The double room is £195 per night, while the single is £120 and for the ‘double deluxe’, it is £295. Stay in this fairytale hotel and experience the unwavering hospitality of Mr Carter, his knowledge of the East End and access to his fabulous evening events.
Rooms for £195 per night.

The Town Hall Hotel in Bethnal Green is located in the old town hall building that first opened its doors in 1910 but was left derelict. Now, the hotel boasts a combination of Art Deco and cutting-edge interior design. Town Hall Hotel won the RICS London award for Building Conservation, as well as the national Project of the Year Award, reflecting the exceptional work that was put into restoration, preservation and reinvention. Every room and suite is different, but all come with sheepskin rugs, luxury toiletries and a free shuttle ride to Bank or Liverpool Street each morning. Eat dinner, lunch or breakfast at either the Typing Room or the Corner Room, the hotel’s two exquisite restaurants.
From £140 per night.

Clean, modern and convenient hotel in heart of Olympic Park

Part of the Marriott chain, the Moxy hotel in Stratford suits the vibrant feel of the area. A two minute walk from Westfield shopping centre and Stratford station, at the Moxy, everything you need is on your doorstep. And you get to Roman Road via the beautifully landscaped Queen Elizabeth Olympic Park then down the Hereford Union canal. Moxy has DIY facilities, including 24/7 food, drink and wifi access. Offering double, twin or family rooms, Moxy caters for any budget. The best part about it? It’s within walking distance of the Orbit and its 178 metre slide – you know you want to.
From £92 per night.

Cable St Inn in Shadwell is easier to get to that you might think. Other than being 200m away from Shadwell DLR, it’s also a pleasant walk from Roman Road, down the Regents Canal to Limehouse Basin and then a short walk down Cable Street. Located on the site of the Battle of Cable Street the surrounding area is rich in local history – check out the Cable Street riot mural. The three rooms are decorated differently, with an engaging combination of modern and antique furniture. Eat breakfast on the south-facing terrace and pour yourself a cup of tea in the sitting room. This really is a home-away-from-home.
From £130 per night.

Floating hotel with a social conscience

Good Hotel London is a floating hotel located on the Royal Victoria Dock within easy reach of DLR’s Royal Victoria station, Emirates Cable Car, and London City Airport. This floating  hotel is on the River Thames, and is not-for-profit business, meaning it uses a social business model that re-invests all of its profits. In 2015, Good Hotel made the journey to London from Amsterdam, where it was for a year, and it is currently continuing its social mission in London. All the rooms are comfortably decked out (get it) and come in range of sizes to suit budget. Eat breakfast, lunch and dinner onboard and enjoy locally-brewed beers in the cosy living room.
From £68 per night.

Not strictly in Tower Hamlets, but just across the foot tunnel under the Thames in historic Greenwich, Devonport House sits in a UNESCO World Heritage Site. This red-brick Georgian building started life in 1783 as a school building for Greenwich Hospital. Part of the De Vere hotel group, this hotel offers every amenity expected from a luxury hotel. Enjoy locally sourced, British food at the Greenwich Galley Restaurant or traditional pub food at the Officers Mess Bar. Greenwich is a great choice for travellers interested in live music, riverside walks and galleries.
From £110 per night.

The Lansbury Hotel in Poplar near Canary Wharf is a heritage hotel and makes a refreshing change to the modern skyscrapers in London’s financial centre. The Grade Two listed building has been carefully restored to combine modern luxuries with a sense of old English grandeur. It comes with a fascinating history too. The East India Company built its first chapel and almshouses on the site in 1628, and it was frequented by famous politicians campaigning for the rights of the East End poor. The rooms are traditional, ranging from doubles and twins to the Lansbury Octagonal Tower, a room built into the tower of the hotel. As well as casual meals, the hotel’s restaurant also offers set menus for formal dinners.
From £121 per night.

Just across the border into Hackney is The Old Ship, is this cool East London pub offering ten rooms. It claims to offer the best roasts in Hackney, and they’re not wrong. A two-minute walk away from Hackney Central overground station, one of the ten comfy bedrooms is the perfect place to base yourself for a stay in East London. For those travelling alone, there are the standard single bedrooms, and for those wanting more luxury, there are the Deluxe options. Each room has complimentary tea and coffee, and there is the option to add a cooked English breakfast to your reservation. Yes please.
From £74 per night.

We are constantly on the lookout for good quality, local accommodation, so please let us know in the comments and we can add to the list!

There are several options in the area yet to be reviewed, and these include:

If you enjoyed reading this, we think our piece on the brand new East London Hotel which is set to open in October 2018 might also take you fancy. 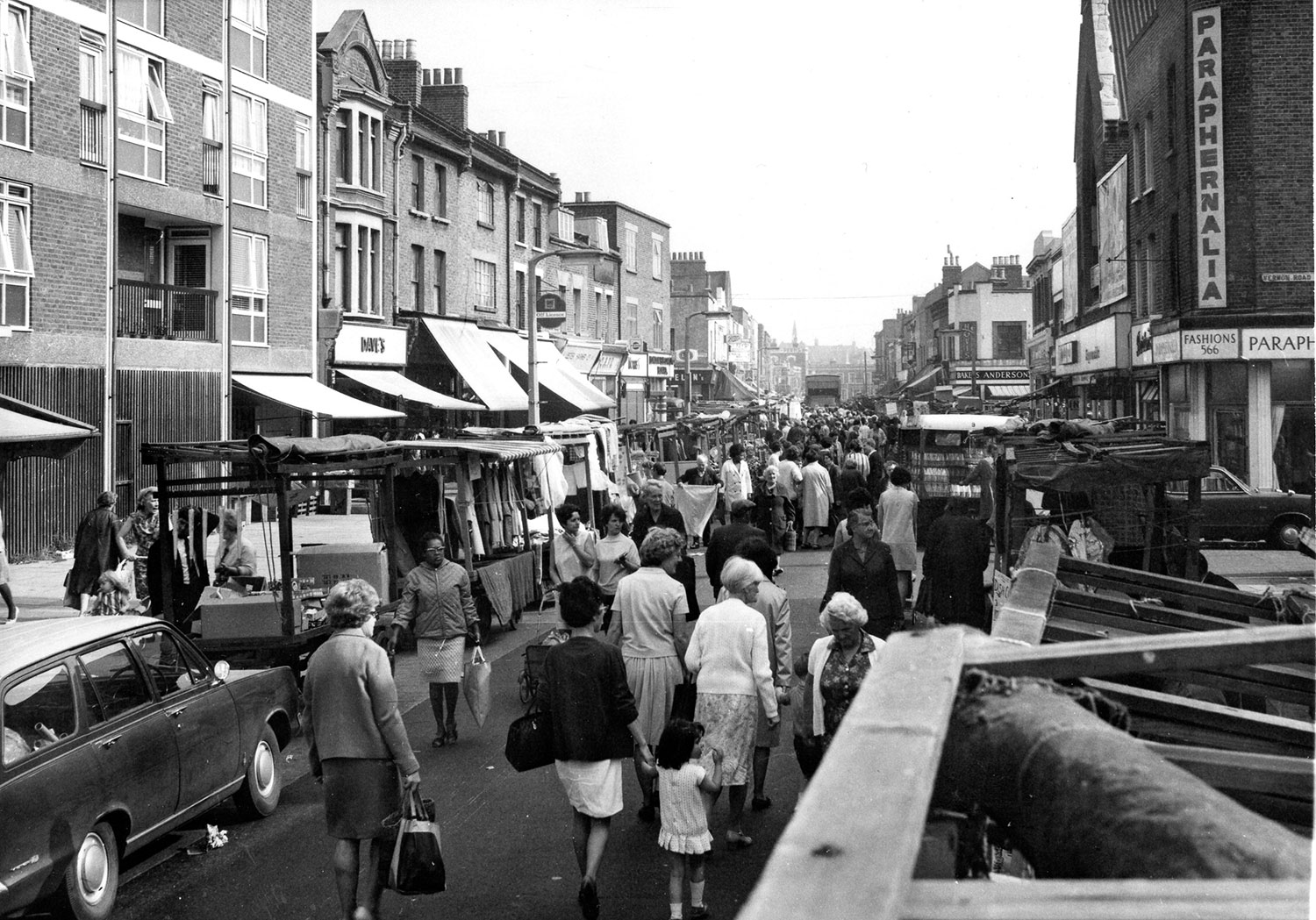 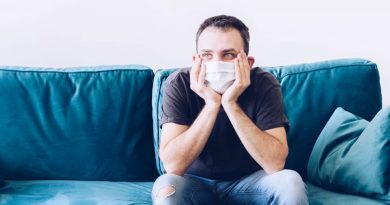 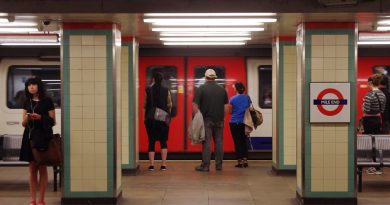 3 thoughts on “Best places to stay near Roman Road”