Skip to content
You are here:Home » Behind the red doors of Bethnal Green Fire Station 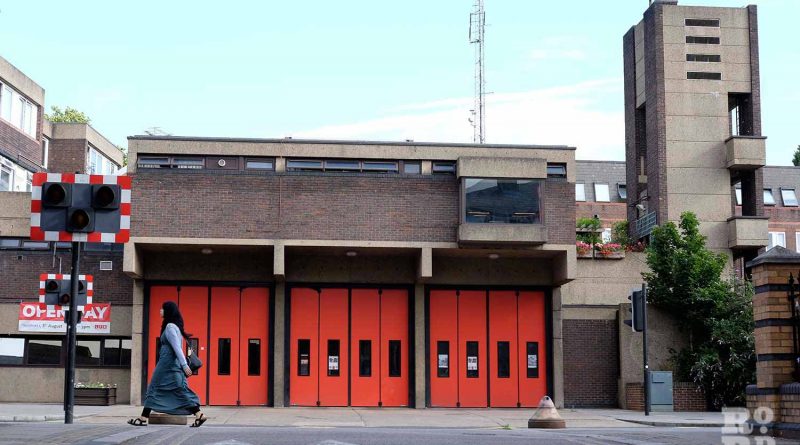 They say a busy station is a happy station, and if they’re right Bethnal Green Fire Station on Roman Road is a very happy station indeed. Ahead of their open day to celebrate 50 years of firefighting, we go behind the scenes with local photographer Tom Keeling.

The crew used to be based at what is now the London Buddhist Centre, which opened in 1889. Given the old station was built to the specifications of horse-drawn fire engines it’s no real surprise a new one was built in the late 1960s. That’s the concrete Bauhaus number you see on the Roman today, and which has sent crews to many major incidents in London over the past half century – the King’s Cross fire, 7/7, and Grenfell among them.

The building is orderly and spacious, with just a few touches that date it – long disused lights embedded in the ceiling, a booth in the drill tower where hoses were left to dry when they were still made out of canvas. They’re made of rubber now. Old and new blend seamlessly. Teleprinters and iPads each have their part to play.

There are private flats built over the back of the station that used to be for firefighters and their families. David Carnegie, one of the station’s four Watch Managers, was born when his parents were living in a flat at Belsize Fire Station. He shows us around. The phrase ‘man mountain’ was made for the likes of Carnegie. He is proud to work at Bethnal Green Fire Station. Everyone is. Some firefighters travel past ten, twelve stations to get to Bethnal Green.

There are two engines at the station – one of which is a specially equipped fire rescue unit. The backs of the trucks are like endless swiss army knives. Inflatable boats, jaws of life, Tirfor winches, jacks, compressed air cylinders, popup decontamination showers, you name it.

Firefighter Dave Egan has been at the station for 18 years. He walks us through every gizmo with encyclopedic knowledge. ‘Do I sound like I know what I’m talking about?’ he jokes. He does.

Firefighter TJ O’Sullivan joins us on the tour, listening as keenly as we do. O’Sullivan is the newest recruit at the station. He’d been there six weeks when we dropped by. He’s young and hardworking and earnest, and older heads clearly love him for it.

It’s all business on the ground floor and garage, but the station gets homey upstairs. Firefighters have nurtured a small garden on the patio between the drill tower and main building, complete with a helmet plant pot. Inside the walls are covered with photos and certificates and trophies. In the lounge there’s a 100 movie scratch poster. They’ve got through about half.

The dining table could seat 20 people. It is the hub of the station. ‘Fire service culture is around that table. It is a hub for watch life, where tensions get resolved,’ he says. ‘There are disagreements of course, but what family doesn’t have those?’ Talking in terms of family is natural. Jordan too is proud to be part of it. ‘It was an honour to be given Bethnal Green.’

Beyond the dining table, the dining room has a pool table and a bay window that juts out over Roman Road. You may have eyeballed it passing it by. Two armchairs are squeezed in facing each other, one looking west down the Roman, the other east.

The station gets three calls in while we’re shown around, and it’s all systems go. Down the poles, into the engine, and off to the rescue. One call would be enough excitement to last most people a week or two, but it’s all part of the routine at Bethnal Green Fire Station. Once a call has been answered they’re straight back waiting for the next one.

Most calls aren’t as serious as you might think, but the dangers of the job are never far away. The last London-based firefighters lost in the line of duty were Billy Faust and Adam Meere, who died tackling a Bethnal Green blaze in July of 2004. A memorial in their memory can be found in Bethnal Green’s Museum Gardens, just round the corner from Bethnal Green Fire Station.

The work never ends at Bethnal Green Fire Station, and the risks can never completely disappear, but it does seem a happy place. Alert, but happy. From fire calls to community visits (the London Fire Brigade carried out 84,000 fire safety visits last year) they are there for all of us 24/7, 365 days a year.

To learn more about the upcoming open day on Saturday August 3 from 11am to 3pm, where you can meet the crew and tour the station, click here.

These photos by Tom Keeling offer a peek at life behind Bethnal Green Fire Station’s big red doors. You can see more of Keeling’s work at his website and on Instagram 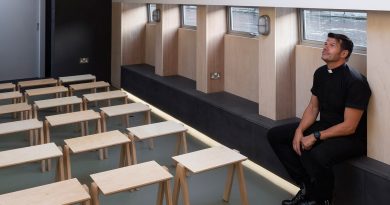 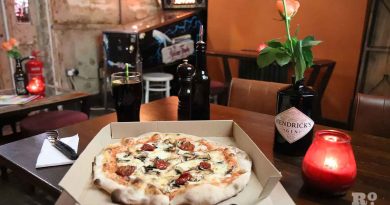 The best pizzas in Bow and Globe Town

Minnie Lansbury and the Clock on Bow Road

March 6, 2018January 22, 2019 Anastasia Miari
Manage Cookie Consent
We use technologies like cookies to store and/or access device information. We do this to improve browsing experience and to show personalised ads. Consenting to these technologies will allow us to process data such as browsing behaviour or unique IDs on this site. Not consenting or withdrawing consent, may adversely affect certain features and functions.
Manage options Manage services Manage vendors Read more about these purposes
View preferences
{title} {title} {title}