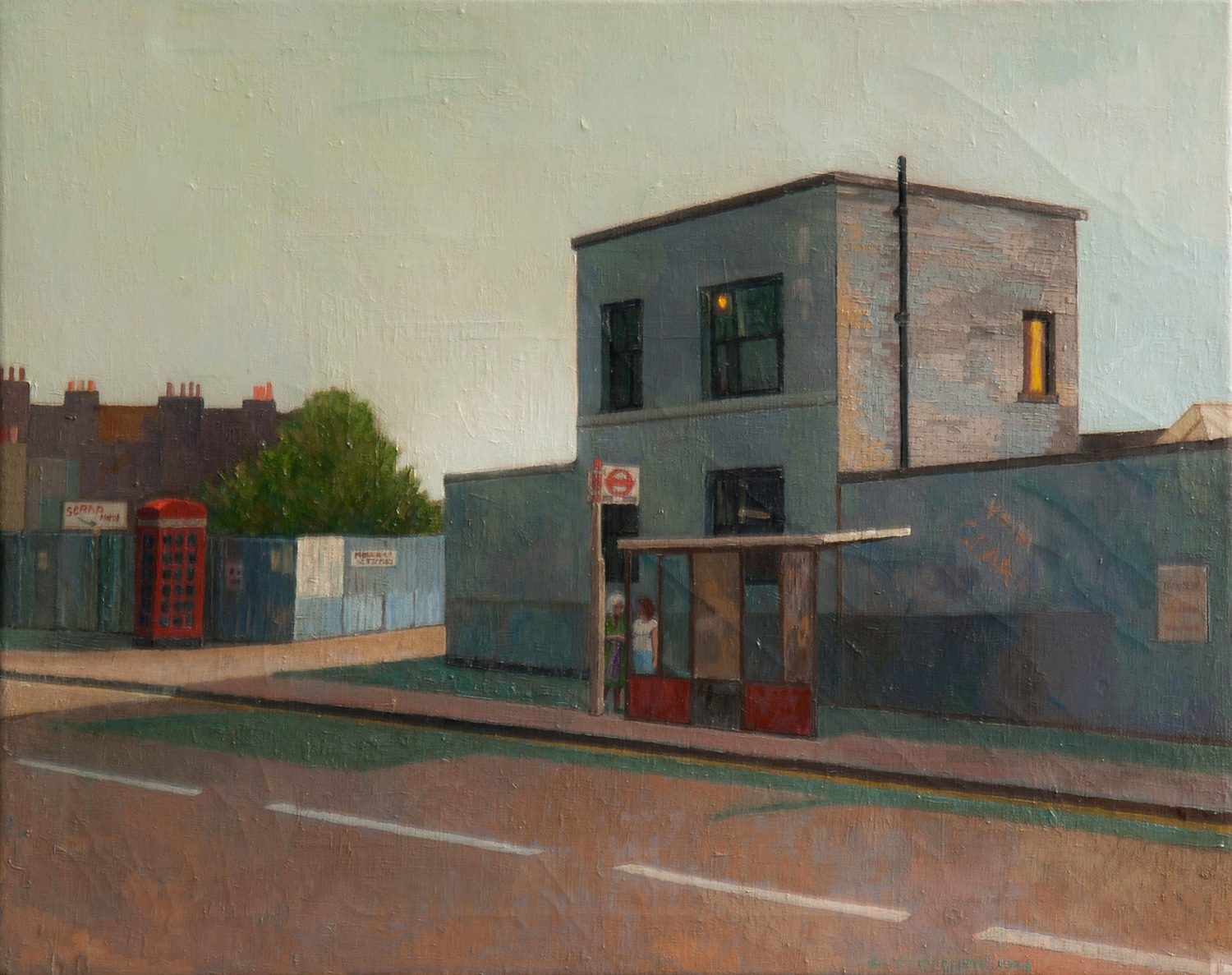 A Retrospective – an exhibition of artist Doreen Fletcher will see the biggest collection of her work being showcased for the first time at the Nunnery Gallery.

The works reveal the drastic changes of east London’s streets across just three decades, remembering the businesses long forgotten and the buildings that have since been knocked down. A superb colourist, she applies her rigorous technique to recording the drama of the city in compelling and authoritative images.

The exhibition will also include a selection of unseen paintings from her private collection.

The artist moved to East London in 1980s and painted her first East London painting of Mile End Bus Stop in 1983. She was particularly struck by the unique light in this part of the city, ‘a luminescence perhaps caused by its proximity to the river.’ The lightning is visible in many of her paintings, like for example Mile End Park at Twilight. Most of her work focused on Stepney, Bow and Poplar also encompassing the canal between Limehouse Cut and Victoria Park and the river around Wapping.

Doreen Fletcher painted the East End from 1983 until 2004, when she gave up in discouragement due to lack of interest in her work. She hid her paintings away in the attic, thinking they will never see the light of the day again.

The Gentle Author discovered Doreen in 2015 and photographed her paintings for his blog, Spitalfields Life. The response from the readers was amazing and people were struck by her work, writing to The Gentle Author asking for more.

Since 2015 Doreen Fletcher has begun painting again, had two shows at Townhouse Spitalfields, and one of her paintings was shown at the National Gallery last year when she was shortlisted for the first Evening Standard Contemporary Art Award.

The exhibition comes after the publication of Fletcher’s first book Doreen Fletcher Paintings which has been curated by the Gentle Author.