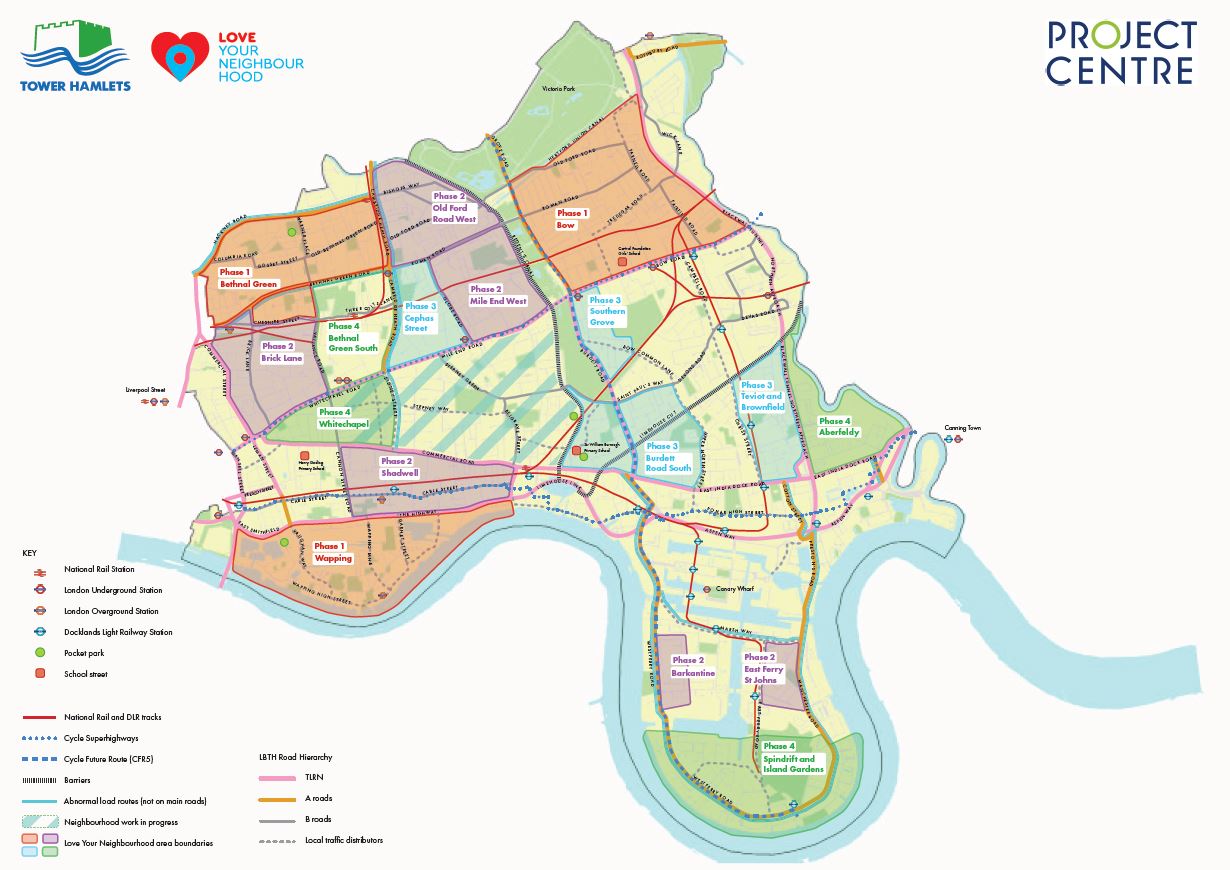 Tower Hamlets Council are running a programme called Liveable Streets and hosting a drop-in session where people who live, work or study in Bow can have their say about their desired changes to the area.

Preceding the session at the Idea Store on Roman Road, locals are encouraged to fill out a survey on the Project Centre website, as well as place their ideas for the area on the page’s interactive map. The Liveable Streets project is in Phase 1, which covers the Bethnal Green and Wapping areas as well as Bow.

The survey for Bow and Bethnal Green is open from Tuesday 23 April to Tuesday 21 May. The first drop-in session for Bow will be on Thursday 2 May, and the second on Saturday 11 May. The sessions will allow locals to ask questions about the project, submit their own ideas and discuss neighbourhood plans with other locals.

The Liveable Streets programme is part of the Love Your Neighbourhood initiative, which aims to improve the area by making changes to the street infrastructure. The project will focus on reallocating road space to walking, cycling and public transport, and encourage changes in travel behaviour for improved safety and air quality.

Liveable Streets aims to put local people’s voices at the centre, so have your say by attending the drop-in sessions, filling in the survey or interactive map on the project website, or emailing liveablestreets@towerhamlets.gov.uk.

Read about some existing proposed changes to Roman Road here.

Local Places to visit Things to do Tours & trails

Does public art still matter? Does it still speak to the individual, to the citizen, and to the community? Is