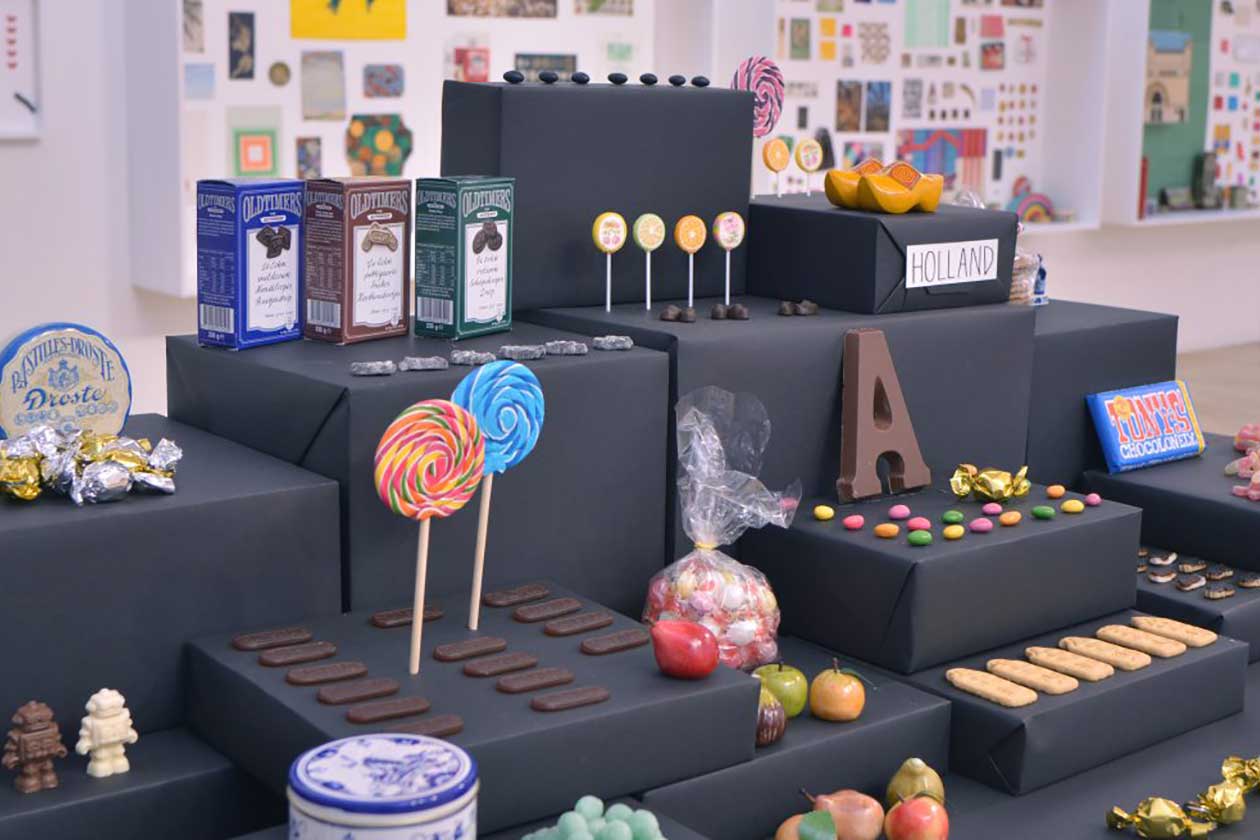 Sweet Feast at Whitechapel Gallery is an exhibition showcasing a new film by Ulla von Brandenburg recreating an event from 1973, when 500 children visited the gallery to learn about sweets as popular art, but devoured all the displays instead.

It was part of the ‘Fanfare for Europe’ celebrations, marking Britain’s entry into the European Common Market. Billed as a ‘Sweet Feast’, visitors were invited to sample candies that had been donated by some of the manufacturers. However, the exhibition came to an unexpected end when the children overwhelmed the guard and ate all the displays.

A new film by German artist Ulla von Brandenburg commissioned by Whitechapel Gallery with Le Prix Marcel Duchamp recreates the event. The film includes a song co-written by the children and artist. Shot in the same location as the historic exhibition, it features a set accurately recreated based on photographs held in the Whitechapel Gallery’s archive. Von Brandenburg has also designed a colourful seating structure resembling a landscape, inviting visitors to better engage with the exhibition.

Filmed with children from the Arnhem Wharf Primary School in Isle of Dogs, von Brandenburg explores the dynamics between the individual and the group; and the hopes of young people at a time when Brexit may limit opportunities for future generations.

On Thursday, December 6 there will be a special supporting event where the German artist will be in conversation with Chief Curator Lydia Yee about key themes from her new major commission, Sweet Feast.

For more information about the event and how to book tickets for the supporting talk, visit Whitechapel Gallery’s official website.

What would a Christmas be without a beautiful Christmas tree? Cheaper, for a start, but the smell of fresh spruce,