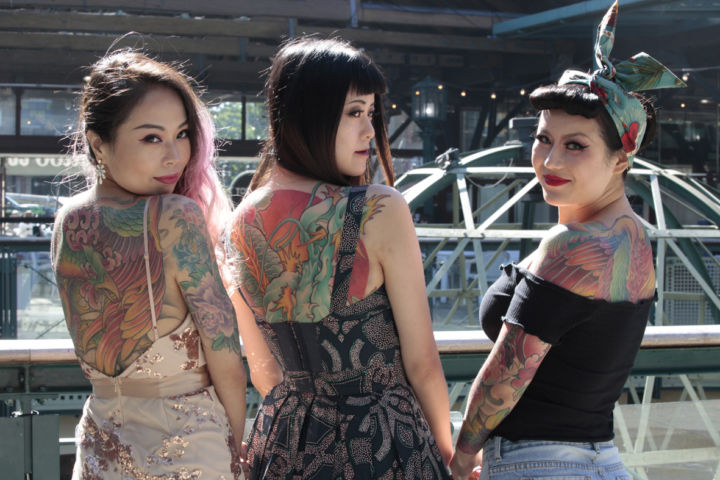 We are running a competition to win tickets and a prize bundle for the convention. More information and enter at the competition page here.

Roll up, ink up. The London Tattoo Convention is returning to Wapping for its 15th year. From 27 to 29 September, Tobacco Dock will be transformed into a body art paradise.

More than 400 artists will flock to the local area’s tattoo scene, including stars such as Tim Hendricks of NY Ink fame and Japanese legend Shige. Tattoos will appear to come to life from hand-poked Japanese ‘tebori’, authentic Polynesian tribal to hyper-realistic portraiture and intricate bodysuits.

Opening the weekend will be a traditional blessing ceremony by highly regarded Samoan tattooist, Lawrence Ah Ching in the ever popular hand-tapping tattooing area at the Dockside Gallery.

The UK’s oldest tattooist, 86-year-old Plymouth based Doc Price, will ink his last ever tattoo at London Tattoo Convention, laying down his needle after seven decades.

Vans will also join in with a half-pipe skating ramp, where there will be demos from Vans Europe pro riders, champion UK skaters and special appearance from skateboarding legend, Steve Olson. Even get on board yourself with the chance to take part in free skate lessons throughout the weekend.

Another appearance will be Figure of A, exploring in both performance and art the beauty of tight binding Shibari (Japanese style rope bondage) using striking patterns to entwine individuals and other surprises in live suspension shows.

The event will also feature fire and aerial performances from The Fuel Girls, and live music; the Gretsch Guitars Roadhouse stage sees live blues from The Grimms, Big Joe Louis and Dusk Brothers.

Specially curated art exhibition and workshop areas give insight into the history of tattoo art and how the culture has developed.

There will also be alternative traders selling everything from unique fine jewellery to taxidermy, and street food alongside craft beer, whisky and cocktails or mocktails on the summer-themed dockside.

East London has a lot to offer, but one of its best known offerings is its proper traditional East End