The Sweet Science of Bruising at Wilton’s 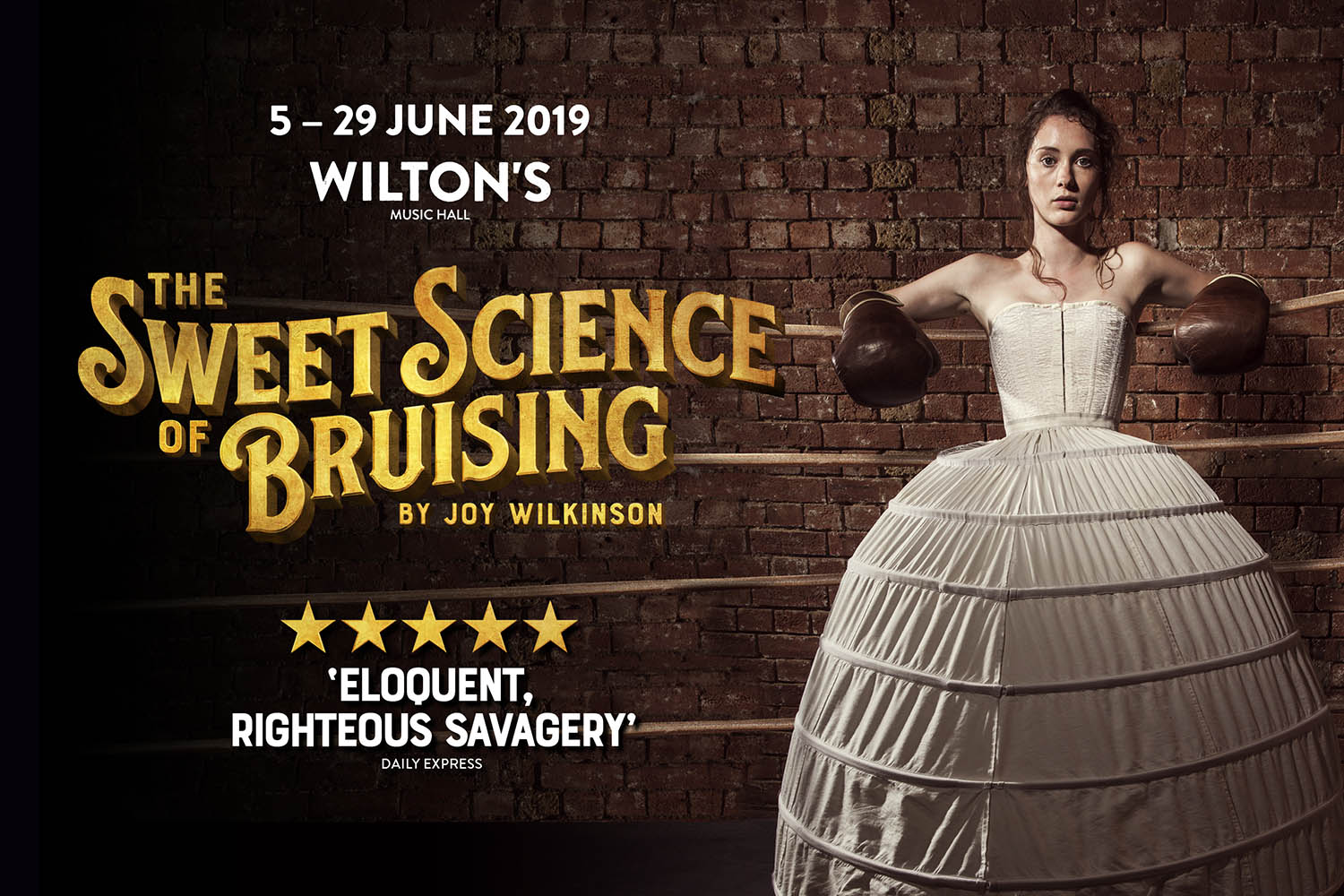 The play follows four different women in 1869, Violet Hunter (Celeste Dodwell), Matilda ‘Matty’ Blackwell (Jessica Regan), Anna Lamb (Emma McDonald) and Polly Stokes (Fiona Skinner), constrained by men and corsets, into the boxing ring and the unexpected freedom it gives them. Their lives intertwine and they move from grand drawing rooms to rowdy backstreet pubs, and they fight inequality as well as each other.

Writer Joy Wilkinson (current writer for Doctor Who) shares this story of London’s little-known history with us, featuring an ensemble cast and live boxing matches. The play offers an insight into a corner of life as a woman in Victorian London. Wilkinson used historical records of women’s underground boxing in South and East London’s pubs and theatres to write the play.

The Sweet Science of Boxing moves from a run at the Southwark Playhouse to Wilton’s after representatives from Wilton’s saw the play and realised its suitability at their venue. ‘The set of the play is basically our building,’ said Harry Hickmore, a spokesperson for Wilton’s. The music hall was built in 1859, ten years before the play is set, and the raw brick walls and wooden balconies are not far off the original kinds of buildings the underground boxing took place in. Fiona Skinner, who plays Polly Stokes, said ‘the moment we stepped into this building it felt like when we put on our costumes.’

The play’s subject of female empowerment in Victorian London also suits Wilton’s as a setting. ‘The building gives an enhanced sense of what it meant [for women] to be doing what they were doing in 1869,’ Hickmore said. The setting occurs a few decades before the Suffragette movement nearby in Bow, but Ellen Wilton, Mr Wilton’s wife, was heavily involved in running the theatre and made it her own as well has her husband’s. The audiences were around half men and half women of all different classes, and the height of the stage was determined by the height of a seated top-hatted gentlemen in the front, so that everyone behind could see over them.

The play itself dispels common notions of how women behaved in the Victorian era, as well as show the struggle of women fighting for their individual freedoms in a corseted and male-controlled world. ‘We box people into their contexts and think they wouldn’t have been doing that, but women were,’ said Celeste Dodwell, who plays Violet Hunter.

More information and for booking is available on Wilton’s event page.

Reach our review of The Sweet Science of Bruising by Tabitha Potts here.

What would a Christmas be without a beautiful Christmas tree? Cheaper, for a start, but the smell of fresh spruce,