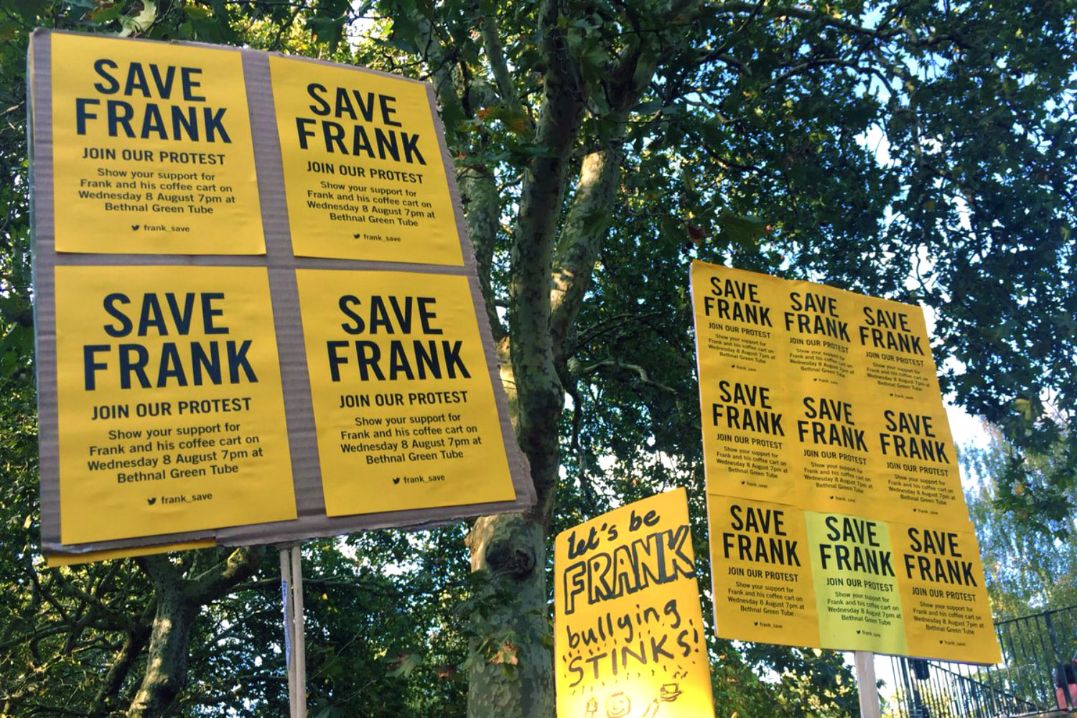 Frank Wang is making a stand. A coffee stand. On the home straight of a comeback nine months in the making, Wang and his supporters are raising money so he can set up shop outside Bethnal Green station once again. But the clock is ticking.

Wang, 52, has been selling coffee outside Bethnal Green underground station for 15 years. An agreement with Transport for London (TfL) gave him electricity, and a daily stream of groggy commuters gave him an income. Since starting in 2003 the Beijing-born vendor has become as familiar to commuters as the station itself.

On 22 April Wang arrived for work to find his electricity had been cut. A disused public toilet nearby was being converted into the Chiringuito bar, which meant removing the electricity box Wang used. He bought a generator. Council officers warned him about the noise it made. The opening of the bar then prompted a safety review by TfL, which ruled it unsafe for Wang to continue selling on his well-worn spot near the top of the station steps.

As word got out that Wang’s back was against the wall, friends and customers rallied to his defence. A Change.org petition calling for fairer treatment has amassed over 4,000 signatures. The petition was started by Sam Dodd, a friend of Wang’s and an early voice in a chorus of public support.

Dodd said: ‘I couldn’t believe it when I heard what had happened to Frank. That’s not what the East End is about. We all look out for each other here. The support he’s received since the campaign started has been amazing.’

On 8 August 8 hundreds of supporters staged a rally outside Bethnal Green underground station. The campaign grew and Wang’s story appeared in the Evening Standard, Vice, and even the South China Morning Post.

On 25 September the London Mayor’s Office said: ‘I am pleased say Transport for London has now resolved the issues, allowing Mr Wang to continue to trade.

‘Arrangements are being made with Mr Wang to ensure he has a suitable coffee cart and can continue trading next to Bethnal Green Tube station.’

By this time Wang had earned the support of Tower Hamlets Mayor John Biggs, Bethnal Green and Bow MP Rushanara Ali, and Mayor of London Sadiq Khan. London Assembly Member Unmesh Desai said the decision was ‘a testament to the spirit of the East End.’

That spirit is being tested one final time. TfL’s concession was joined by a Tower Hamlets width restriction which make Wang’s van too wide to use. What’s more, he has had to sell most of his equipment — including his coffee machine — to feed his family.

Wang’s campaign is in its second and final stage. He and his supporters have set up a Crowdfunder page to raise £9,780 by 28 December. If raised, the money will go towards a slimmer stall, a new coffee machine, batteries, and a security system.

The campaign will fall short if it continues at its current rate. Just over £1,000 has been raised so far by 53 people — an average of £20.09 each. Another 450 donations of similar size would save Wang’s business.

On 15 November members of the campaign met in Victoria Park Square to generate fundraising ideas. Flyering and social media is the name of the game, while outside support remains a slim possibility. Mayor Biggs, a longtime customer of Wang’s, has said: ‘We are looking at how we can facilitate a happy ending to this.’ Like City Hall’s ‘arrangements,’ the specifics of this remain to be seen.

Is Wang’s saga a case of nefarious forces conspiring against the little guy? Without pretending all this is a misunderstanding amongst friends, it bears mentioning that all those involved — Wang, TfL, Tower Hamlets Council, and Chiringuito — agree the stall can and should exist. It’s nine months of crossed lines, poor communication, and red tape that have placed Wang in such a difficult position.

After so much time and effort, it’s touch and go whether there’s enough fight left to get Wang over the line. The petition supporting Wang garnered over 4000 signatures; 300 people protested; and 53 have contributed to the fundraising campaign. At present that amounts to zero coffee stands for Wang and the Bethnal Green faithful.

Can Wang defy the odds one last time?

If you liked this article, you might be interested in reading about the East End Trades Guild. 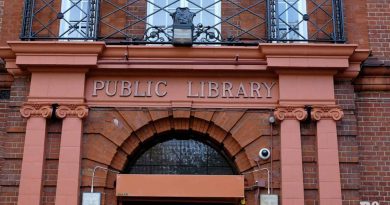 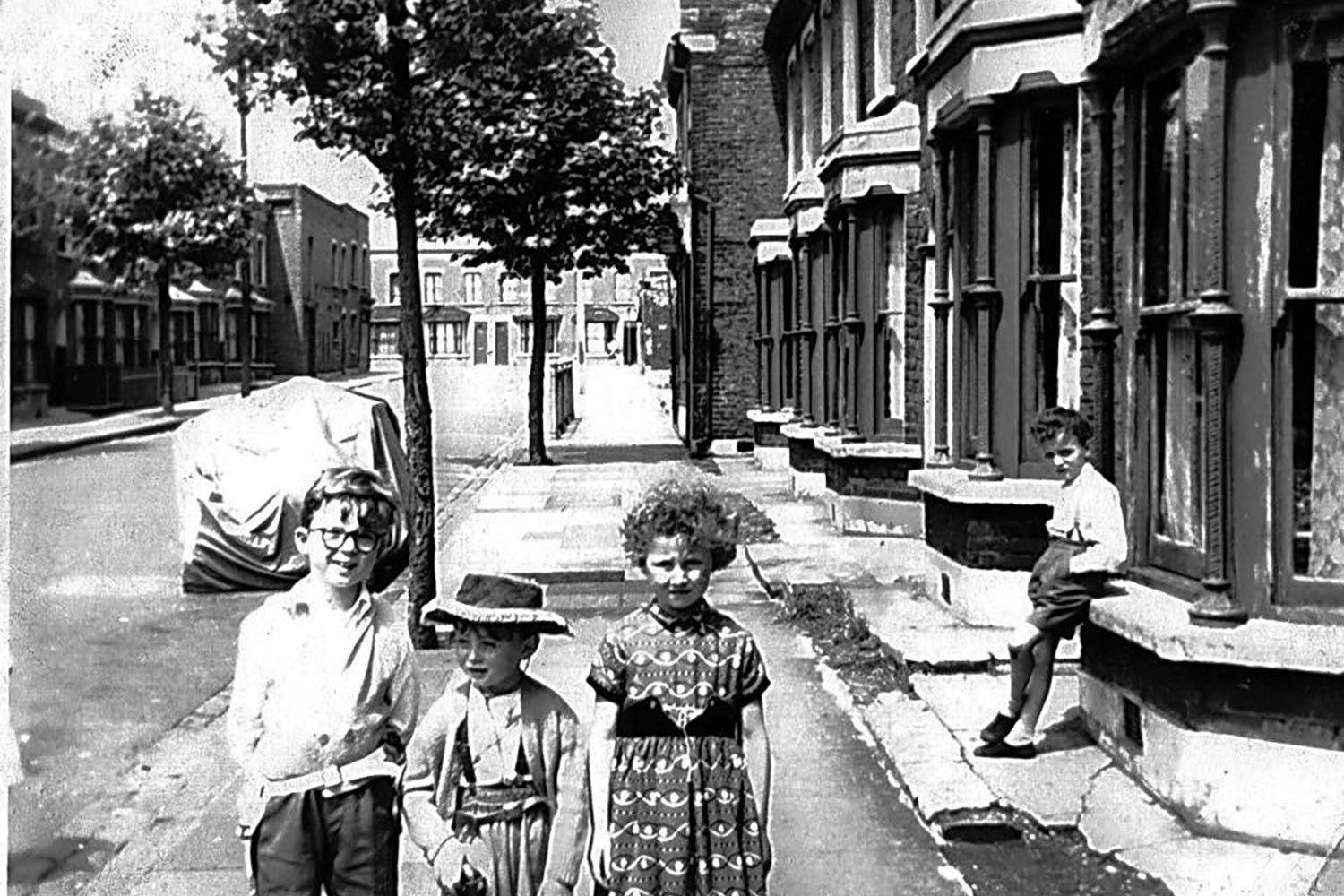 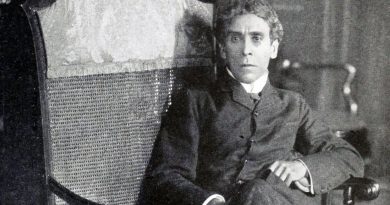