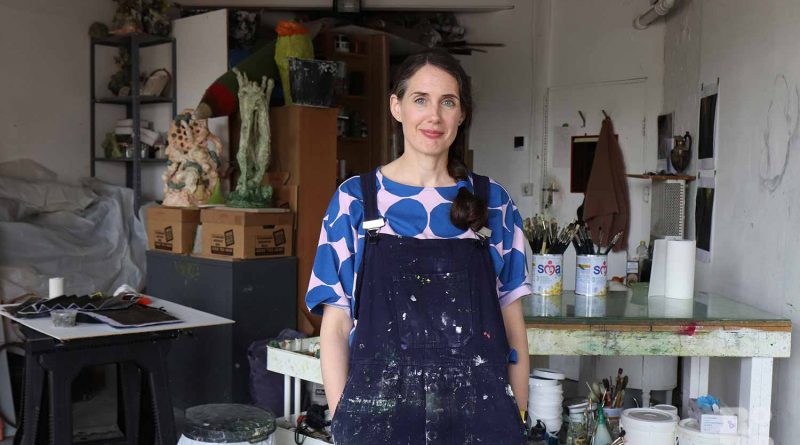 Can you recognise Hannah Brown’s paintings of Victoria Park’s more hidden corners, without all its usual signs of human life?

You would be forgiven for thinking Hannah Brown’s natural landscape paintings – with their quiet lakes and light-dappled foliage – are placed somewhere in the British countryside.

But if her paintings evoke a familiar quality, it is because these idyllic landscapes are actually the quiet corners and coves of Victoria Park and River Lea – a stone’s throw from the hustle and bustle of human activity, including a motorway (in the case of River Lea).

Brown’s fascination with natural landscapes, and her artistic journey which led to her exploring natural spaces hidden in urbanity, harks back to her childhood home in Devon. Like many people based in the East End, she originally hails from elsewhere, but has been living and working in the Bow and Hackney area for nearly two decades.

After gaining a MA in Sculpture from Royal College of Art, she realised she was interested in natural landscapes, and started painting West Country landscapes.

‘It felt really natural.’ She says, ‘Because the countryside was such an influential part of growing up in Devon, when I started painting views from that part of the country, it felt like coming home.’

At the time, she was travelling back to Devon from her home in East London to paint these landscapes. But then, she had a realisation.

‘It didn’t feel right to travel anymore. I wanted to respond to my local area.’ Why travel, she thought, when she had a perfect subject for her paintings on her doorstep?

‘I would walk through Victoria Park on my way to work. So after about five years of walking through the park, I realised “this a subject I could work with!”’

Soon, Brown found herself becoming fascinated with how urban parks hybridise our usual notions of ‘city vs. country’. With its 213 acres of natural space, Victoria Park seemed to be a perfect subject –  both rural and urban, wild and yet man-made.

However, Brown was interested in painting natural areas, without any signs of human life. That is why she paints the more secluded corners, rather than characteristic landmarks such as the sculpture lake or the Chinese Pagoda typically associated with the park.

‘Parks are a version of the countryside; an idealised version,’ she says.

‘I wanted to paint views that reminded me of the countryside in Devon, but of course there are far less people there, so I painted the pockets of the park that are quieter and feel very far away from the city.’

Brown also enjoys exploring and painting another locale, the River Lea. Her paintings on the subject portray mangrove-like shrubbery extended into the river and casting a perfectly still reflection – which might surprise some, considering River Lea is a stone’s throw away from the A12.

‘I discovered these spots on River Lea on walks,’ she says. ‘One moment you feel like you’re somewhere rural and then you walk a few hundred steps and you hear a main road. It’s on the edge between city and countryside. The space is blended together, like you go in and out of these pockets that feel like the country, but then you’re in the city again.’

Brown’s work helps remind us how lucky we are to live in a neighbourhood that is surrounded by so many pockets of wild, green spaces, something we are especially grateful for in an area where many of us don’t have access to a garden.

If you liked this article, you might also like to read about Jon George and the mysteries of the Chisenhale Studios. 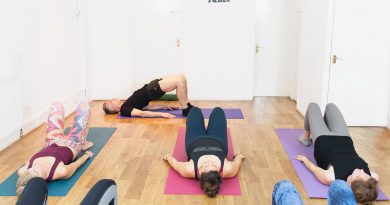 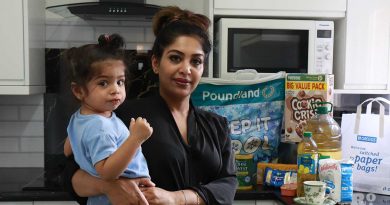 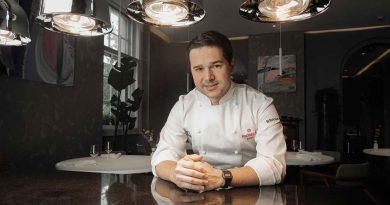