Although the hotel scheme is now dead, the judgement of the Secretary of State’s Public Inquiry into the future of the foundry in 2020 obligates the owner to ensure foundry activity continues at this site.

Its mission is to reinvigorate the art and science of bell founding through a marriage of new and old technology, casting church bells, artists’ bell, ceremonial bells, and bells for all occasions.

The Foundry is working with Nigel Taylor, foreman at the Whitechapel Bell Foundry for forty years, alongside artists of international stature and a team of the foremost experts in the technology of casting.

It plans to maximise the educational potential, through apprenticeships for local people and work with schools and colleges in East London.

Its first commission was the Covid Bell in 2021, designed by Grayson Perry in support of our mission, which debuted at the Royal Academy Summer Exhibition 2022. The Covid Bell will tour NHS hospitals, enabling those who have been bereaved to toll the bell in remembrance.

The Elizabeth Bell is a forthcoming commission to commemorate seventy years since the coronation of Elizabeth II.

The London Bell Foundry has demonstrated a proven financial model that can ensure the tradition of bell founding continues in this country in perpetuity.

A note from some supporters:

“I fully support the proposal by the London Bell Foundry to establish a working foundry at the historic Whitechapel site. It is tragic that the bell foundry has been shuttered up since 2017. The presence of a rejuvenated modern bell foundry will once again assert Whitechapel as a place of creative innovation and restore the international reputation of the place where Big Ben and the Liberty Bell were made.”

“The Whitechapel Bell Foundry is one of the East End’s most treasured institutions, with a history stretching back to the 16th century. The foundry made Big Ben, America’s Liberty Bell and more locally the Bow Bells. So many people in the community are campaigning to save as much of the original building as possible, and to keep it as a working foundry. I am proud to support the Save the Whitechapel Bell Foundry campaign, and encourage everyone to join in. Together we can save this important feature of East End life.”

“The East London Mosque & London Muslim Centre welcomes the proposal from the London Bell Foundry to reestablish a working foundry in Whitechapel. This will provide apprenticeships and work experience in traditional and digital crafts for the local community.” 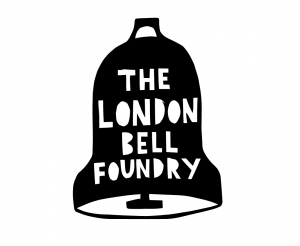