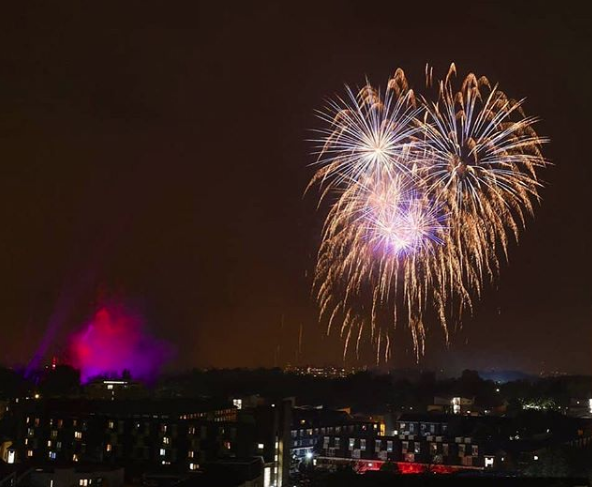 It condenses 20 minutes of display in 30 seconds of spectacular viewing.

This year’s glittering firework display had a spooky, monstrous theme inspired by the first science-fiction novel Frankenstein, which is celebrating a 200 year anniversary.  It was created by leading pyrotechnical and outdoor theatre company, Walk the Plank.

Walk the Plank has been a regular fixture at the Tower Hamlets Fireworks and are known for their story-telling arrangements, including the Great Fire of London in 2016 and the David Bowie inspired Sci-Fi theme in 2017.

The event is organised by the London Borough of Tower Hamlets and is one of the few remaining free fireworks events in London.

If you liked this you would will probably love Phil Verney’s photography of the Orbit and Queen Elizabeth Olympic Park.

Tabitha Stapely is the founder of Social Streets, a not-for-profit media company bringing high-quality journalism back to local communities, particularly those in disadvantaged or neglected areas. Prior, Stapely was a writer and editor for national titles including The Telegraph, Elle and Red magazines.