Skip to content
You are here:Home » Competitions and prizes » Win a bundle of East End books 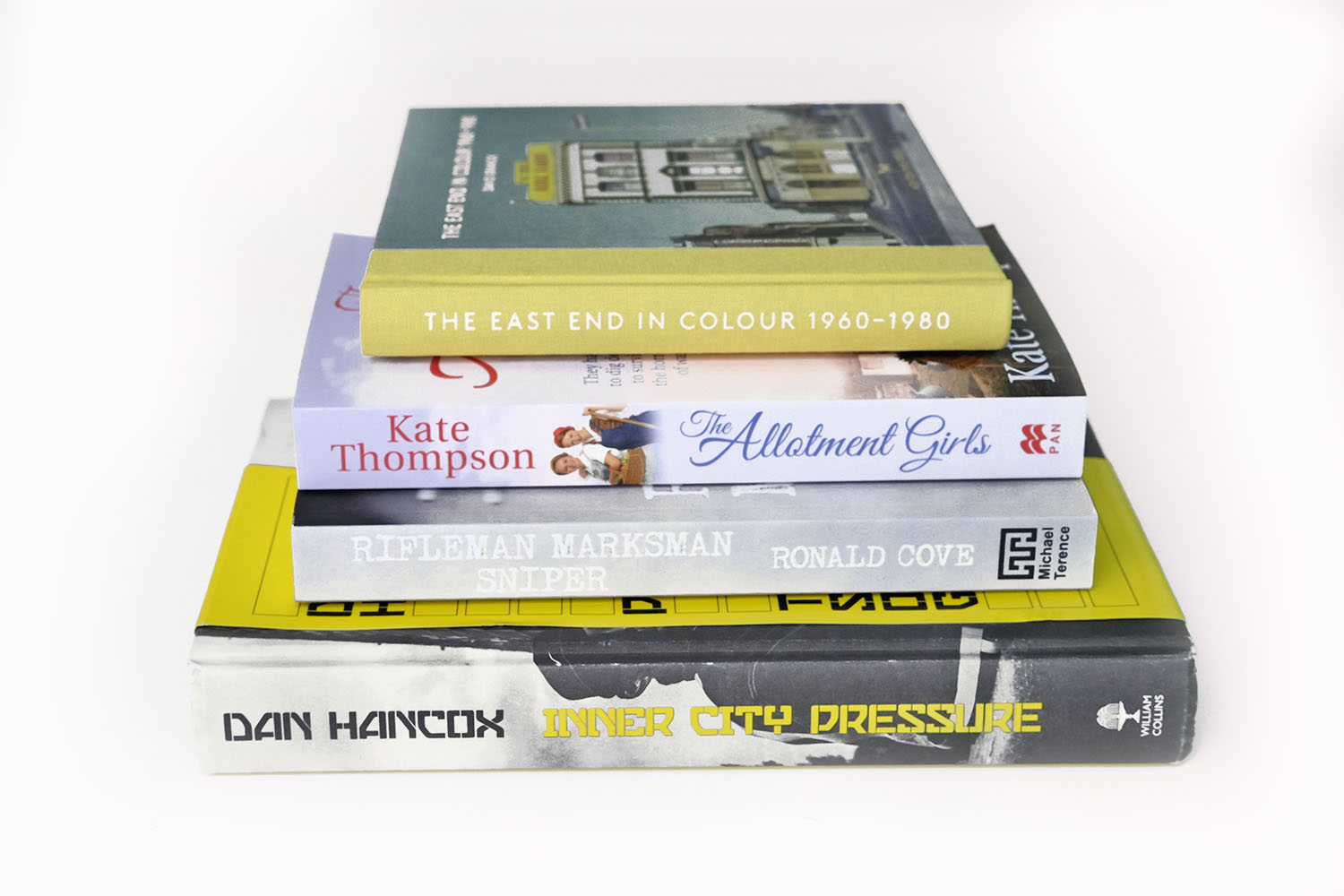 This summer, we are giving away four of the best holiday reads, East End style.

To be in with a chance of winning a copy of David Granick’s The East End in Colour, Kate Thompson’s The Allotment Girls, Ronald Cove’s Rifleman Marksman Sniper and Dan Hancox’s Inner City Pressure, simply fill out the form below.

The East End in Colour

This photobook  is a collection of beautiful photographs of the old East End spanning the 1960s to 1980s captured in colour by photographer David Granick. These photographs show an East End very different to the one we know and love today. Granick’s backstreet photography show an East End’s housing situation in the flux of change as Victorian terraces were replaced by tower blocks following World War II damage. Published by Hoxton Mini Press.

Kate Thompson’s The Allotment Girls is a heart-warming story of East End friendship and romance, centred around the historic Dig for Victory movement of World War II.The story primarily follows Millie, Annie, Rose and Pearl, four young women working in the Bryant and May Factory in Bow.

Rifleman Marksman Sniper is a novel by Ronald Cove, which explores the events leading up to, as well as the beginning of the Battle of the Somme in 1916. It follows the Boxer turned Soldier Bill Auger on his journey as he attempts to not only aid the Allied forces’ win, but also survive in the process.

Dan Hancox, author of Inner City Pressure: The Story of Grime, tells the rise of a hyper-local East London sound into a global phenomenon with a passion that you can feel. Tracing the story of grime over the last 20 years, Hancox will draw in any reader with his pure love of the music.

Enter here for your chance to win

Complete the form below for your chance to win.

By entering our giveaway you will be automatically signed up to our weekly newsletter.

If you are already signed up you will still need to complete this form to enter.

THIS COMPETITION IS NOW CLOSED

Roman Road LDN magazine is a not-for-profit social enterprise run locally by local people. Our mission is to help local communities flourish. We only send you editorial content that celebrates the best of what local life offers from shopping and culture to local heroes and good causes. All profits are reinvested into community projects. Our weekly emails share all the best kept secrets of your neighbourhood to help you get the most out of where you live.

You can unsubscribe from our newsletters via the link in the footer.