Skip to content
You are here:Home » Key grime figures and their roots with Roman Road

Grime music, the genre which took the British charts by storm is deeply connected to Roman Road and the surrounding area. The sound which arguably defines urban Britain in the noughties was honed and crafted by the likes of Wiley and Dizzee Rascal on the street corners and in the tower blocks of Bow and the Roman. Rhythm Division, the now infamous record shop run by Risky Roadz, was a hub of activity for the artists and was the scene of countless freestyle battles and mic-offs. Here’s our guide to the key grime figures who have a past with Roman Road and Bow.

Pioneer of ‘Eskibeat’ (the jagged, electronic backing that characterises the genre), Wiley shot to prominence in 2001 with single Champagne Dance, as part of the Pay As U Go crew. Now regarded as the “Godfather of Grime”, he spent a lot of time during his youth and early days as an artist in the Roman’s bustling marketplace. Wiley refers to the street as the “nurturer” of grime, because of the amount of young grime artists who would hang out there and take part in the infamous freestyle matches. His first music video, Wot Do U Call It? was shot on the Mile End park side of the Roman.

When a fresh-faced 18 year old Dizzee Rascal released his debut album Boy in Da Corner in 2001, he became a global star. Fast forward to present day and the rapper is showing that he hasn’t forgotten where he came from with E3 AF, released in October 2020. His latest album refers to his heritage and his beginnings in the Roman and the surrounding neighbourhoods. Like many other members of the scene, Rascal often frequented Rhythm Division, the legendary record shop that has now become Zealand cafe, to sell his music and perform.

Mercston was a key figure of the grime scene, as a part of several notorious crews like Wolfpack and The Movement. The rapper, who released his long-awaited debut album Top Tier in 2020, grew up on the Roman and lived there until he was 25. He recalls the fabled Rhythm Division store and the freestyle battles that would take place outside: “It was the hub. Every single artist who would have put their music out in the early days would have gone through Rhythm Division. Iconic spot.” The Roman is also a special place for Mercston as he shot his first music video, Summertime, outside what was All Star Barbers.

Skepta is one of grime’s biggest exports and has a huge impact on British culture and music scene since his breakout debut album Greatest Hits was released in 2007. He has also broached the acting world too, making his screen debut in Anti-Social in 2015. The following year his album Konnichiwa won the Mercury prize and cemented Skepta as one of the globe’s biggest artists. Off that acclaimed album was huge single That’s Not Me, which was filmed along the Roman. The music video has been viewed over seven million times.

A man who would rather play a supporting role than occupy the spotlight, Rooney “Risky Roadz” Keefe, was instrumental in bringing grime music to the ears of the wider public. As owner of Rhythm Division, he is regarded as “the guvnor” by many artists, who were able to pass through his record store and sell early cassettes and LP’s. His role as DJ on Rinse FM also secured airwave play for the unknown artists like Wiley, Tinchy Stryder and JME.

The photographer played a key part in the scene, as his work documents some important snap-shots of urban life around the Roman. Grime is an incredibly visual musical genre, in that the artists wanted to get the grittiness and realism of their songs conveyed. Wheatley’s expert shots of the artists in their early days capture that tense, but familial atmosphere – as well as the precociousness of youth. Some of his work has been displayed at Cafe East, under the title Don’t Call Me Urban.

If your grandson invited a crew of grime artists over for tea, how would you respond? Have a nice chat over a cuppa? That’s precisely what Grime Gran did, who has earned her moniker through conversations with stars such as Giggs, Lethal Bizzle and Skepta, filmed and put online by her grandson, Risky Roadz. The YouTube videos were an instant hit with grime fans, making her the undisputed “Nan of Grime” in the process.

Self-proclaimed ‘Godfather of Grime’, DJ Slimzee is well-known in the grime scene as a co-founder of East London underground radio station, Rinse FM. When first founded, Rise FM was hosted as a pirate station in Slimzee’s house, but nowadays the radio station is more legitimate.

Slimzee grew up on Roman Road and attended Bow Boys school (now Bow School) with fellow grime artist, Wiley. The pair were close friends who discovered a love for music together. Wiley has even said that Slimzee was the one who introduced him to Jungle.

Slimzee has DJ’d multiple Boiler Room sets, and is a household name within the grime scene. He still lives in Bow today.

Tinchy Stryder burst onto East London’s grime scene when he was 14 years old, appearing on pirate radio alongside Dizzee Rascal and Wiley. Growing up in Bow, the trio knew each other before they shot to global fame, forming grime crew Roll Deep in 2001. The first part of Tinchy’s pseudonym comes from his school days at St. Bonaventure’s Catholic School in Newham, where he was called ‘Tinchy’ for being small for his age.

Stryder only reached a height of 5 ft 3 inches, but by 2009 he was the UK’s biggest selling male artist with his album Catch 22 spawning two Number 1 hits – Number 1 and Never Leave You. 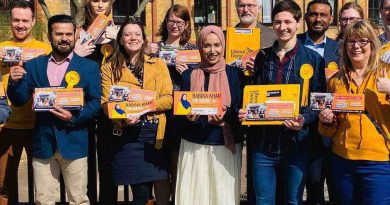 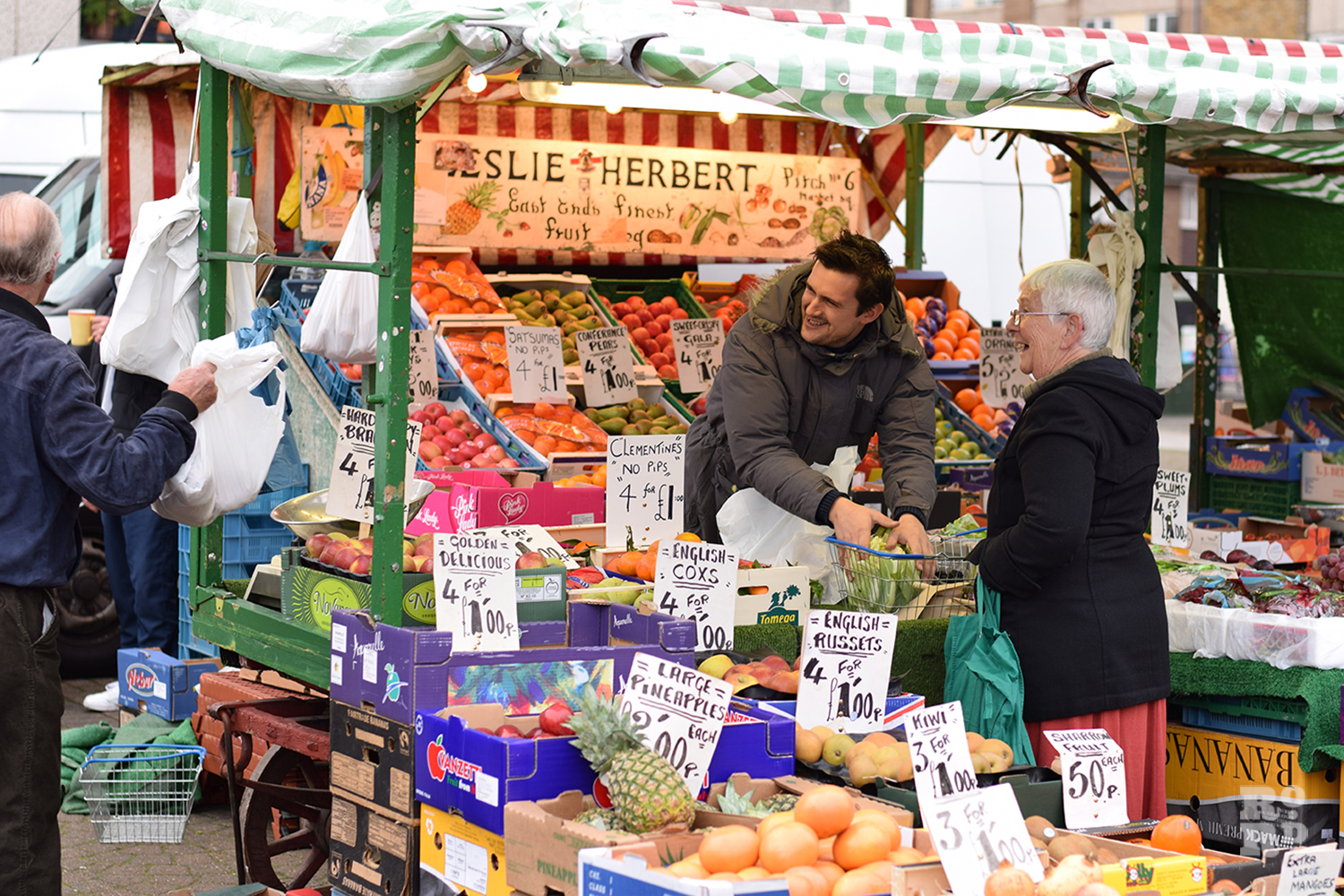 Herbert’s fruits and salads – last of a market stall dynasty