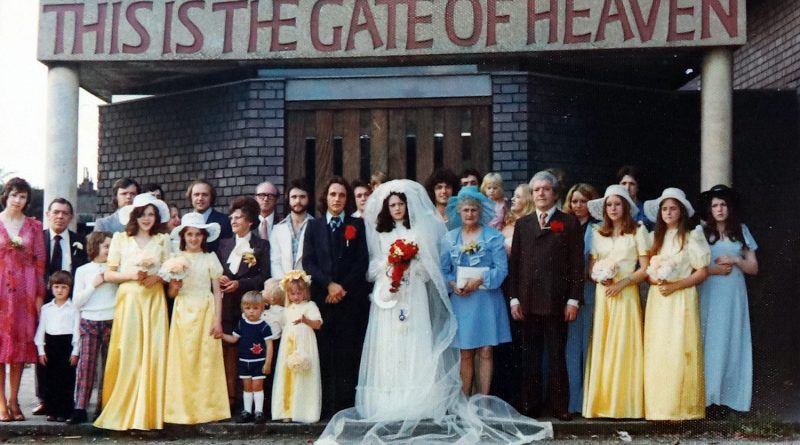 On the junction of St Paul’s Way and Burdett Road St Paul’s Bow Common was built in 1958. Its brutalist architecture has since been a recognisable feature of Bow’s landscape. Now a Grade II listed building, it won an award in 2013 for being the best Modern Church built in the UK since 1953.

Moira explains that, ‘it was quite an unusual church for the time – modern and very spacious.’

Their wedding captures the essence of East-End family spirit and is evident in their close  mother-daughter relationship.

Casey describes her mother as artistic, supportive and generally wonderful: ‘you’ve always been nothing but supportive, Mum.’

Moira, one of 15 children, was born in Wapping and grew up in East India Dock. Her groom, Raymond, lived on Thomas Road – a short walk from the church. They met at local pub The Black Boy at 169 Mile End Road. Moira smiles. ‘I was on a date with someone else and he chatted me up at the bar’, she says.

The Black Boy closed in 1996. Interestingly, actress Anita Dobson, who played Angie Watts in Eastenders, used to work in the 80s.

Raymond and Moira had a quick wedding, as she fell pregnant with her firstborn Jamie when she was 19 years old.

‘Raymond wasn’t Catholic you see, so a lot of other churches turned us away. We tried two other places but they just showed us the door. Luckily, St Paul’s were happy for us to get married there,’ Moira explains.

Sadly, Raymond died just five years after these photos were taken when he hit his head during a epileptic seizure. He was just 25.

Moira pulls out her treasured photo album, covered in a raised floral pattern with a scalloped edge and engraved with the words ‘Our Wedding’ on the front – and revisits memories from that day 46 years ago.

Inside the church, the wedding service is in full swing. Raymond (20) and Moira (19) stand before the priest positioned above them on the altar. In a terracotta vase to the right, bright yellow flowers match the bridesmaids outfits behind and the red flora correspond to the corsages worn by the men.

‘In Catholic churches, photography was also not allowed back then, so we were lucky to be married in St Paul’s and come away with all these memories…at the time I remember thinking it really funny that the priest was wearing socks and sandals.’

‘You bought the photos on the spot back then. The photographer laid the proofs out on the table and people would pick the ones they wanted to buy, so these were the ones my side of the family chose.’

These satin lemon dresses, complete with white sun hats were worn by the bridesmaids Virginia, Annette, Jacqueline, Lisa and pageboy Christopher standing outside the entrance to St Paul’s, most of whom still live in the area.

‘My sister-in-law made these dresses, they were really fashionable at the time,’ Moira remarks. It seems both families have a creative streak.

Casey mentions that her mum ‘can turn her hand to any craft really, it’s incredible…you should see some of the clothes she used to make for Harry (Moira’s daughter from her second marriage)’.

‘I wish you were mum!’ Casey replies.

Casey, too, used to be in a band; ‘mum lets us have music festivals in her back garden, we call them Smithstock.’

The Williams and Stewart families stand outside the brutalist-style church. The quote in bold above reads ‘This is the gate of heaven’, taken from Genesis 28:17.

Moira sets the scene, ‘on my left side is Raymond’s family and on the other side are my relatives. They sat separately in the church too, they never used to mix together at weddings back then’.

The smiling bride and groom sign their marriage certificate inside the church. Raymond has a graze on his forehead and a bandage covering his chin.

Moira laughs, ‘he had a punch up the night before on his stag; a typical East End wedding. The stag always used to be the night before, it was just at a pub down the road. On the night, my brother hadn’t been introduced to him, and thought Raymond’s brother was starting a fight with him. It was a silly misunderstanding but they all ended up in a bust up.’

Moira’s dress was given to her by Raymond’s sister, who wore it at her own wedding.

‘I hated the dress actually, after the ceremony and before the dance I went straight home to change into the outfit that I loved.’

Moira remembers that, ‘everything in weddings back then was done by the family, making it much more affordable.’

This photo of the recently wedded was taken just after the ceremony, outside St Paul’s facing onto St Paul’s Way street. In the background, local residents walk past, continuing their days as normal.

‘Raymond was only my height so when he asked me “What shoes should I wear?” I replied “absolutely the ones with the heels” – look how 70s his shoes are! They were really fashionable at the time.’

Looking at the picture, Casey notices that ‘the photography used to be so different back then. Nowadays it’s so particular and professional, but in this one my Dad’s got his eyes shut and there’s loads of people just milling around in the background!’

The bride and groom stand in the middle, on the left is Moira’s father, Seanie, and on the right her mother, Mary-Ann. ‘Those two didn’t get on…that’s why we were standing in between them!’ Moira remembers.

Behind them is a table of food, which was catered for in-part by Moira’s colleagues at William Hill. ‘They had a whip around from all their shops and gave me a lump sum of cash for my wedding. They also gave us trays and trays of sliced meat…big bread trays piled high…I think they did it for all of their employees who got married.’

She adds, ‘I still think someone could have bought me a new wedding dress though. I was so thin then, it didn’t fit me at all!’

This photo was taken at St Andrew’s hall on Devons Road, where the after-party took place. Later on in life, Moira worked as a dinner lady at Devon’s Primary School just around the corner, which is now called Clara Grant school.

Casey, who was a pupil when her mum worked there, recalls fondly one afternoon when Moira ‘was on playground duty, she got all the kids to get up, follow her and dance up and down the playground.’

Casey’s brother Jamie remembers when she rode into the school playground on her sister’s horse called Bomber, ‘really, she’s just such a funny Mum!’

Raymond and Moira cut the wedding cake together, a three-tiered stack of rectangular sponges, draped in regal icing and complete with blue ribbons.

‘The whole wedding was done by our families. We paid £300 in all – for everything,’ Moira explains. ‘Mum and Aunt Mary did the food…the cake came from mum too. It wasn’t dear back then, only about £25,’ she recalls.

Clearly, this same family spirit lives on all these years later. Casey and Harry struggle to choose their favourite thing about their mum.

Casey finally settles on one. She appreciates how much Moira was around to help with her daughter, Willow.

‘That kind of support is invaluable and generally, she’s always been there to build us up and make us feel like we’re doing the right thing. She really believes that whatever is coming next for us, it’s going to be great.’

Enjoyed this? Read about the other St Paul’s church on St Stephen’s Road. 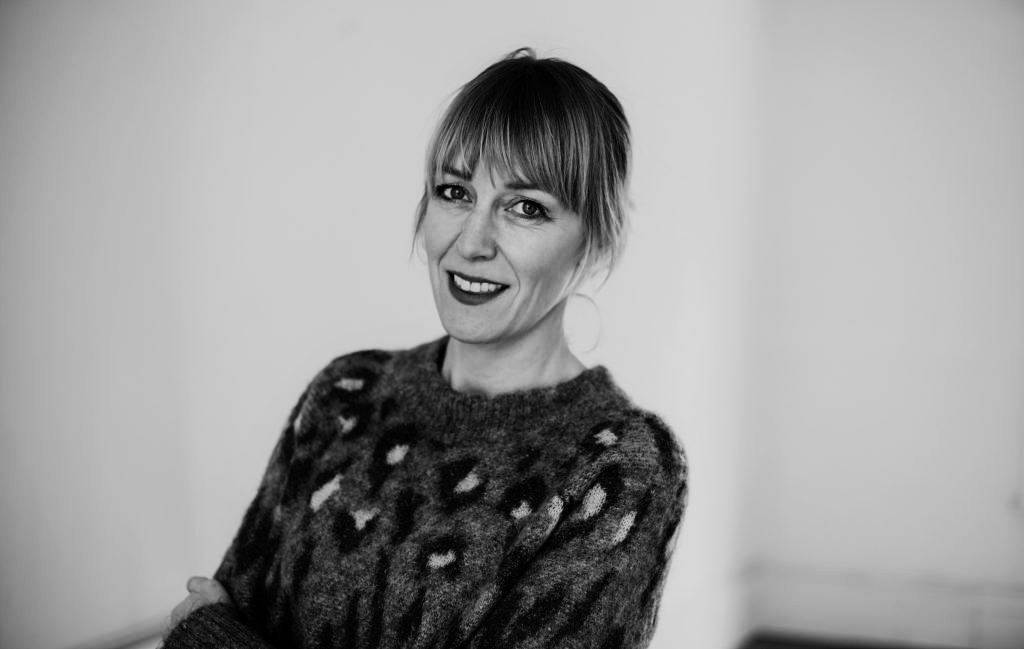 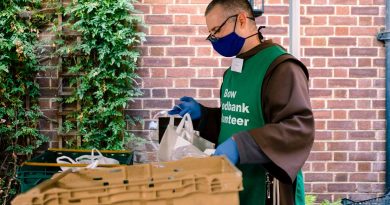 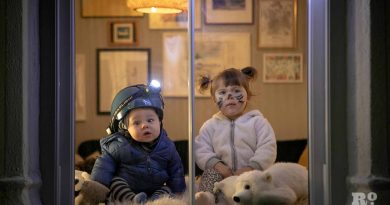