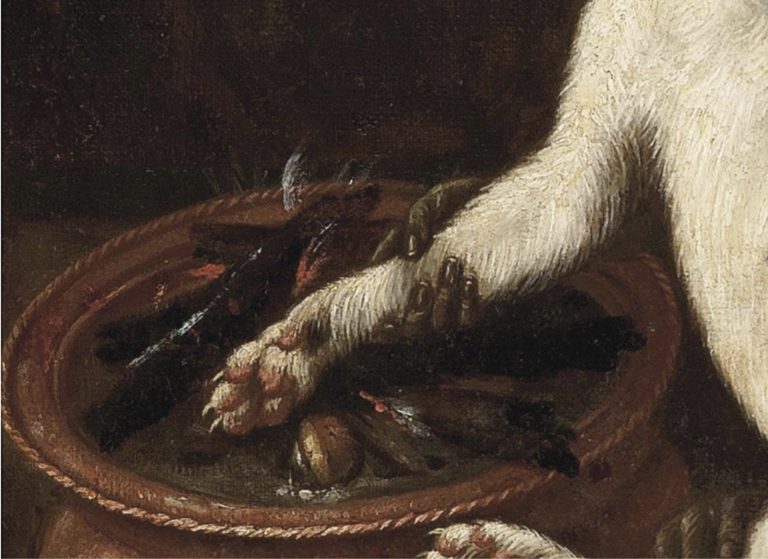 Chisenhale Gallery is pleased to present ‘curtain call, variations on a folly’, a new commission by Montréal-based artist Abbas Akhavan. Akhavan’s work ranges from context-specific installations to drawing, video, sculpture and performance. Paying close attention to the historical, societal and architectural structures of a given site, Akhavan uses a range of materials to examine spaces and species just outside the home, such as the garden, the backyard, and other domestic landscapes.

A large chroma key green stage with an infinity wall fills the gallery. It hosts a series of sculptures made of cob, an ancient building material made of subsoil, water and straw. The installation is built in the image of the colonnade that once approached the monumental Arch of Palmyra, a 2,000-year-old heritage site in Syria. The arch is thought to have been destroyed by Islamic State militants in 2015, and subsequently replicated in marble by the UK-and US-based Institute of Digital Archaeology, using 3D imaging technology.

A text has been painted on the roof of Chisenhale Gallery and Chisenhale Studios. Visible mostly to birds, drones, from aeroplanes and taller neighbouring buildings, large letters cover the entire roof reading: ‘CAT’S PAW’, an idiom derived from Jean de La Fontaine’s 1679 fable ‘The Monkey and The Cat’. The roof painting will fade with time, and the cob and timber used in the installation will be composted and repurposed after the exhibition.

We have additional health and safety measures in place to ensure the safety of our staff and audience members. These include our front of house staff wearing face coverings and frequent cleaning of public areas. We strongly encourage all visitors to:

Audience capacity in the gallery is limited and waiting may be required if the exhibition space is full. Our front of house staff may suggest returning at a later time in order to prevent overcrowding in common areas.

Please speak to a member of staff to request a free disposable face covering.

For more details on how to find us, please visit our website.

At Chisenhale Gallery we care about being a welcoming, comfortable place that can be shared and is accessible for everyone. We believe that it is our responsibility to ensure that our spaces are not disabling. Please visit our Access and Facilities page on our website for further information, or get in touch with our team on mail@chisenhale.org.uk