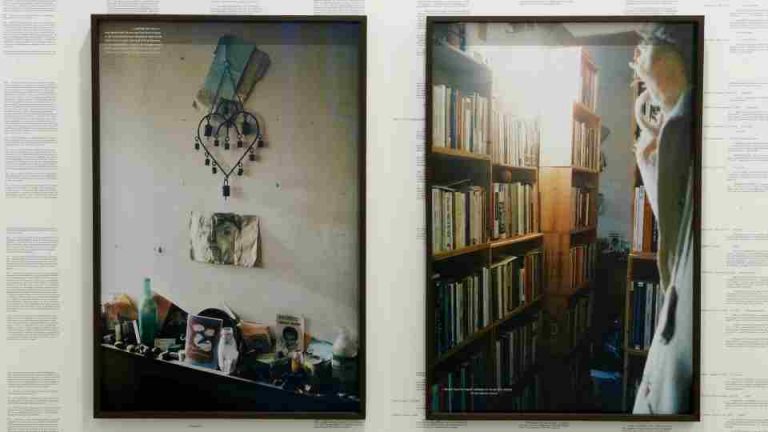 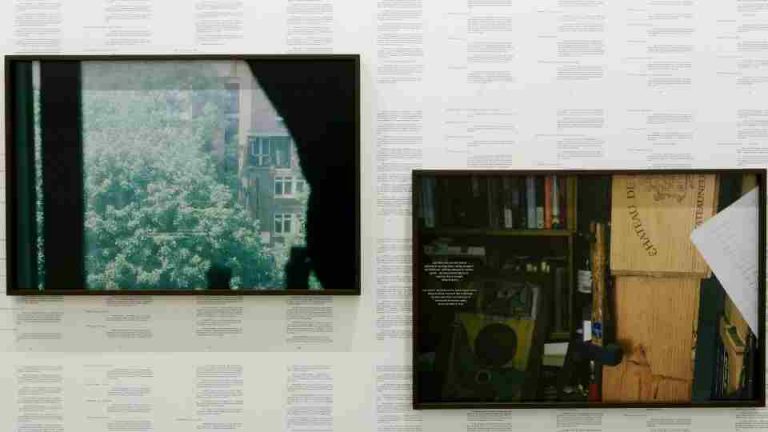 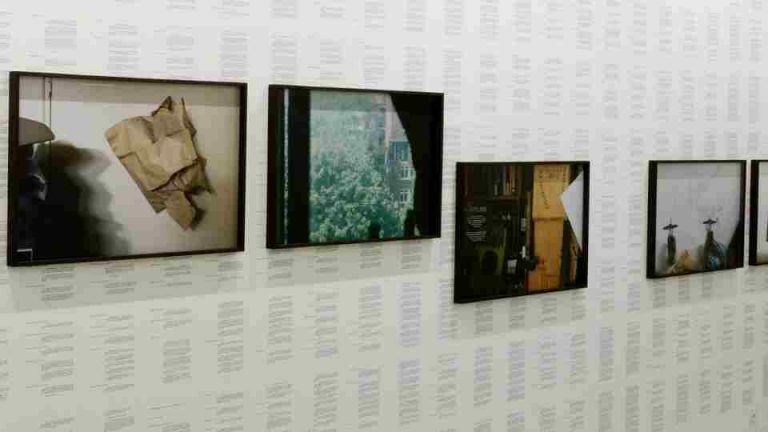 Explosion of Words is a cinematic photo installation, extending frieze-like over 24 metres of the Nunnery Gallery’s gothic walls, celebrating the power of language. The exhibition is open Tuesday – Sunday, running from the 28th January until the 17th April, and is free of charge.

Explosion of Words is the culmination of Swiss artist Hannes Schüpbach’s (*1965) response to the lived spaces of east London-based poet and language activist Stephen Watts (*1952), who works between extensive research on poetry and his own contributions as a poet and co-translator from many languages.

Approximately 1600 pages of Watts’ ongoing Bibliography of Modern Poetry in English Translation will be mounted directly onto the gallery’s four-metre-high walls as a background for Schüpbach’s space-spanning photo installation, creating a cosmos of world poetry. Watts’ Bibliography, which is 40 years in the making, will be transformed into a physical experience, creating a ‘storehouse of language’, reflecting Watts’ own passion for poetry in every tongue. In the nave space of the gallery, an excerpt of Schüpbach’s new silent film Essais (2020), with Stephen Watts, will also be on display.

Watts’ Bibliography opens up perspectives onto the rich wealth of poetry that has been, and still is being, written or performed out of many different histories and environments, as well as exploring the many cultural issues involved in translation. An artists’ limited edition of the Bibliography in four volu

This is a free exhibition. No need to book.