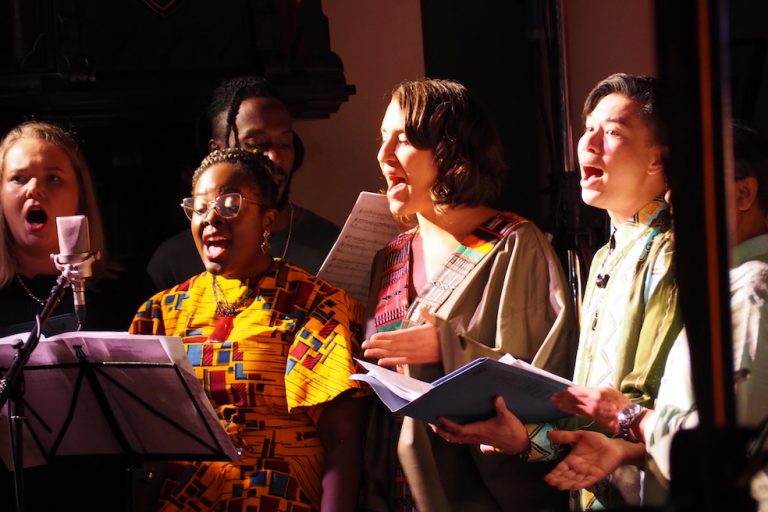 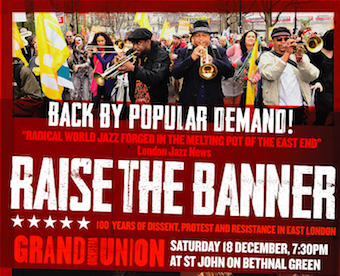 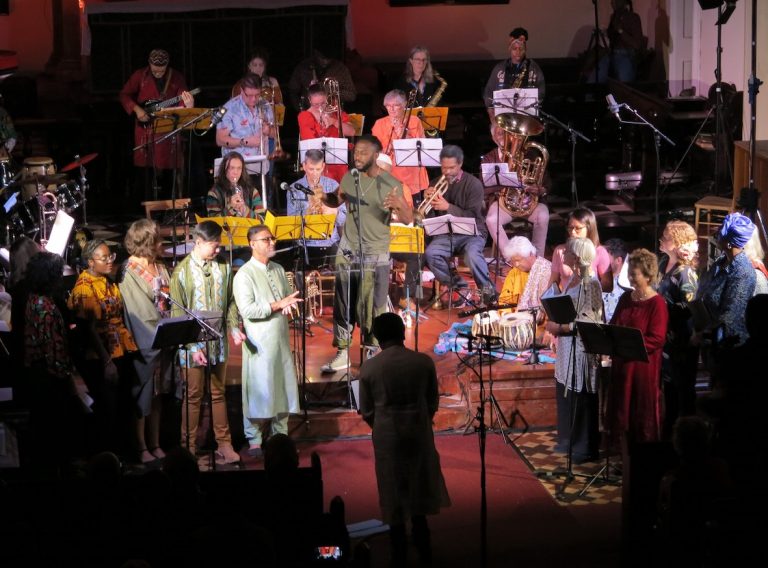 Back by popular demand, Grand Union Orchestra’s joyous ‘Raise the Banner’ show is returning to St John on Bethnal Green for another evening performance of “Radical world jazz, forged in the melting pot of the East End” (London Jazz News).

The people of East London have a glorious tradition of standing up for justice and equality, which continues right through to the present day, stronger than ever as the population has grown and diversified.

Grand Union Orchestra stands in solidarity with this indomitable East End spirit, presenting an evening of ‘riotous’ music, ‘Raise the Banner – dissent, protest and resistance’, to commemorate important timely anniversaries, including the 100th anniversary of the Poplar Rates Rebellion and the 85th anniversary of The Battle of Cable Street.

The welcoming, spacious St John on Bethnal Green will be filled with the sounds, lyrics, and emotions of those whose actions have served, through history, to defend the diverse peoples of East London, upholding their human rights.

Grand Union Orchestra performers are joined by some of Grand Union’s next generation of professional musicians with local performers in the GUO Voices directed by internationally acclaimed vocal leader Naveen Arles.