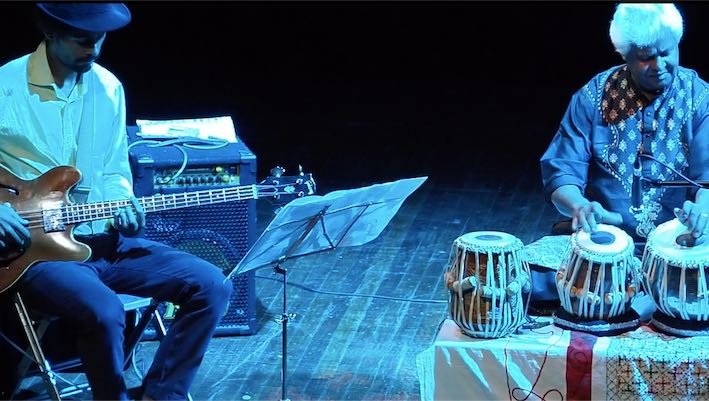 Grand Union Orchestra is very proud to have celebrated Bengali artists, and their powerful contribution to music in the UK, for many decades.

This event celebrates the birth of the independent nation of Bangladesh, forged out of the struggles, bloodshed, and vision of its courageous people, 50 years ago, on 16th December 1971.

Inspired by two regular Grand Union Orchestra projects based at Rich Mix, the programme combines the work of three generations of artists.

For this special Sunday concert, we’ll have performances from young British-born Bengali musicians from East London, tabla maestro Yousuf Ali Khan, and a showcase of songs by Sheikh Luthfur Rahman, celebrated singer/songwriter and activist in the cause of independence, sung by his daughter Lucy Rahman. They’ll be joined by other musicians from the Grand Union Orchestra and Grand Union Youth Orchestra.

When the doors open, we are screening a 25-minute film, compiled from full Grand Union Orchestra touring shows, dramatising the protest and resistance that led to the Bengali War of Independence. This will be followed by live performances.

A short video opens the second half, The Mother the River, describing the progress of the war through the eyes of a woman praying for, and anxiously awaiting, the safe return of her sons (music by Tony Haynes, sung by Lucy Rahman).

The show will finish with a joyous affirmation of cultural and artistic freedom.