Skip to content
You are here:Home » MO and the Red Ribbon street parade in pictures [photoessay] 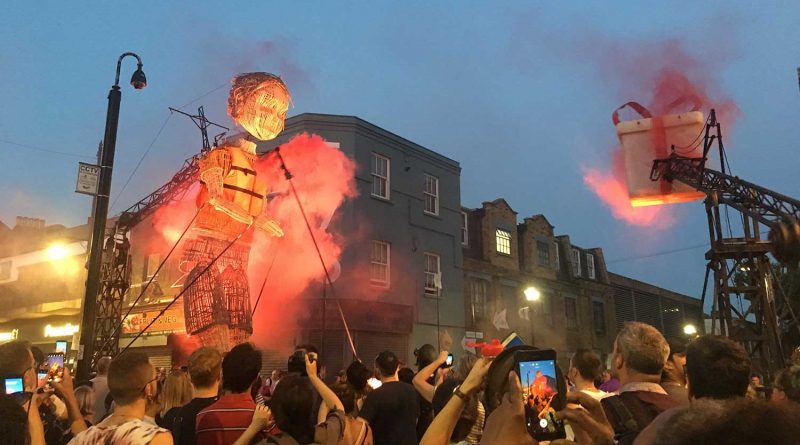 On one of hottest days of the year, thousands of people turned out on Roman Road to see MO and the Red Ribbon, the street parade organised by Greenwich+Docklands International Festival.

This year the procession, which took place on Saturday 29th July, started at Parnell Road and went all the way down to the Grove Road junction, ending with a fireworks on Wennington Green.

The parade told the moving story of a child trying to find its parents after being separated from its family during their migration journey. The giant puppet child, towering above the two storey shops lining Roman Road, had to stoop to get under the Roman Road Market arch.

Side roads were closed on a rolling basis to allow crowds of local residents to follow the parade down the high street, giving Bow a carnival spirit. The ‘atmosphere was incredible’ according to one local resident who tweeted: ‘It was brilliant… Local people of all ages out on a warm night celebrating where we live. Everyone was smiling!’

Missed MO and the Red Ribbon?

If you missed MO and the Red Ribbon, never fear, there is still time to get an europhic fix of GDIF creativity and drama at its closing ceremony on Saturday 6 July at the Royal Docks.

Dance troupe Transe Express will celebrate the renewal of the new business district at Royal Docks by transforming RAD London into an outdoor ballroom by means of an awe inspiring, high flying glittering chandelier.

And of course GDIF will be back next year for another street parade down the Roman, and we’ll be the first to let you know.

In the meantime, enjoy the photos from the night sent in my some of our readers – thank you Jim Rayfield, Richard Dunnett, and Dickies Tickler. 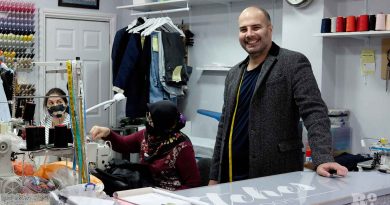 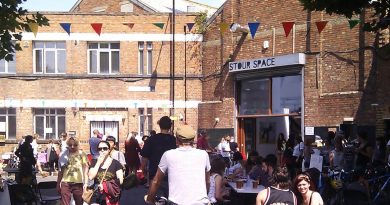 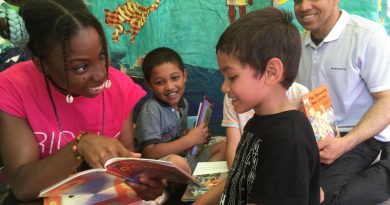