Skip to content
You are here:Home » George Lansbury Labour MP for Bow and Bromley: ‘a great, servant to the people’ 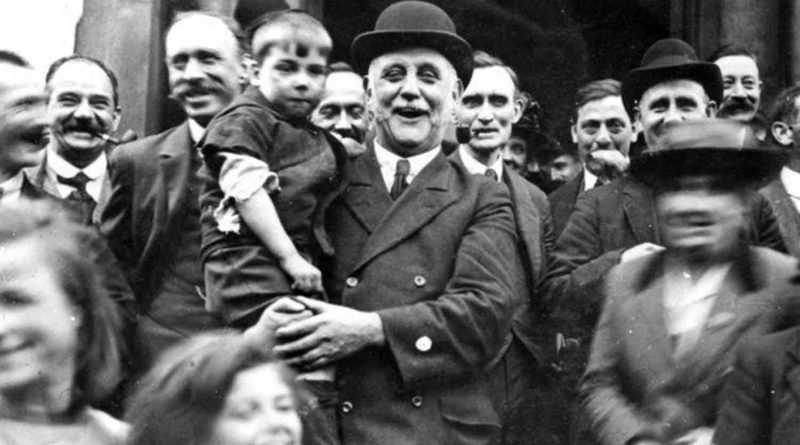 Unlike many politicians who were born into the life of education and power, George Lansbury was truly a man of the people. Hardships from his early years shaped him to be a compassionate and fervent ally to women and the working class of the East End.

Lansbury was originally born in Suffolk to George Lansbury Senior and Anne Lansbury who were railway workers and only able to afford the basics.

At nine years old, the family moved to the East End of London, which Lansbury would come to champion and represent. He attended schools right around the corner from us in Bethnal Green and Whitechapel.

What was rather striking about Lansbury’s life after education was his journey in emigrating to Australia. In 1884, having married Elizabeth Brine, Lansbury and his first two daughters sought passage to Brisbane.

At that time, the Australian government was exhorting the opportunities, the work and the life that could be had in this brave, new world. Coming from the modest background that he did, Lansbury wanted better for his children and so the family set sail to the opposite side of the world in the hope of this promised prosperity.

Sadly, however, this was not the case. When Lansbury arrived, work was scarce, conditions were harsh and his family lived in squalor. And devoted Christians such as Lansbury were forced to work on Sundays. For him, it was ‘hell on earth’.

After a few months, Lansbury and his family returned home to London. It is likely that the misleading nature of these government campaigns, which encouraged those with very little to seek fortune in Australia, inspired the future member of parliament to get involved in politics and protect the most disempowered and vulnerable in society .

The rate revolt and Poplarism

In 1921, Lanbsury led a ‘rates revolt’, a protest against taxes that defied government, the courts and the Labour Party.

The impact and support for this local revolt was unmatched. Lansbury managed to rally 29 other councillors and they all stood firm even when faced with the threat of imprisonment.

Thanks to the marches that Lansbury led from Bow, which was then in the ward of Poplar, the term “Poplarism” came to mean campaigns where local government stood against central government on behalf of the poor and least privileged of society

George Lansbury and the Suffragettes

Lansbury’s role in Poplarism was not the first time he faced imprisonment. Back in 1913 Lansbury was briefly imprisoned for supporting the militant actions of suffragettes.

Being a close ally of Sylvia Pankhurst and the Women’s Social and Political Union (WSPU), Lansbury delivered a speech at the Albert Hall and praised the ‘militant women’. The authorities prosecuted him for disturbing peace by condoning violent actions in the name of women’s rights.

Ahead of his time, he was one of the greatest male allies of the women’s movements. He was once thrown out of the House of Commons for shaking his fist at the Prime Minister for his lack of interest in equality.  In 1912 he gave up his parliamentary seat in order to force a by-election that would vote for ‘votes for women’. Lansbury believed ‘the fight for women’s enfranchisement is the biggest fight socially that is going on in our country’.

There are numerous tokens of homage to our social warrior, including the house in which he lived. For most of their married life, George and Bessie Lansbury lived in Bow, originally in St Stephen’s Road and, from 1916, at 39 Bow Road.

The house on Bow Road was destroyed in the Blitz and there is now a memorial stone in front of the current building, appropriately named George Lansbury House.

The George Lansbury Primary School was named after him in 1951 for his contributions to the community. Unfortunately, this too has been demolished.

In 1990 artist Mark Francis painted a mural to celebrate the Poplar Rates Rebellion on a wall in Hale Street, E14.

Queen Mary University has also formed a committee in his name, to commemorate his life and reflect on the changes he made to the East End we know today.

A hero to the poor, an ally to women, and a pioneer in politics, Lansbury remained a ‘great servant of the people’ to the end, helping cement the East End’s reputation for fighting for social justice.

If you enjoyed this story, you may be interested in our feature on Suffragette Norah Smyth 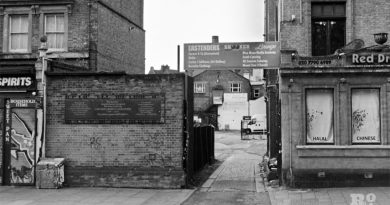 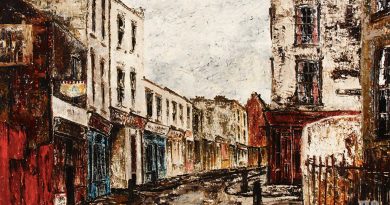 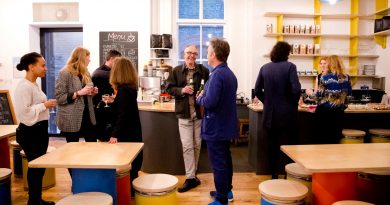