The racially motivated murder of Altab Ali shook the communities of Tower Hamlets, encouraging the borough to unite against racism.

Wednesday 4 May marks the 44th anniversary of the killing of 25 year old factory worker Altab Ali. He was tragically stabbed in a park in Whitechapel in 1978, whilst returning from work. The racially motivated killing impacted those in Tower Hamlets greatly, launching a new wave of unification against racism and hatred.

In 1989 a memorial was built at the scene of Altab Ali’s murder, and in 1998 the park was renamed Altab Ali Park. In 2015 it was announced that the borough of Tower Hamlets would host an annual Altab Ali Commemoration Day.

This Wednesday, Tower Hamlets council are marking the day with a series of events. The ceremony of commemoration includes a talk and an exhibit, wreath laying, tributes and poetry readings.

Judith St. John, Divisional Director of Commissioning & Culture, Tower Hamlets Council, said: “Altab Ali’s horrific and racist murder inspired communities and individuals in Tower Hamlets to take a resilient stand against hatred. The annual anniversary of the tragic incident is a reminder of how important it is to come together to oppose intolerance and inequality.”

A free exhibition of photography and graphic design work created during and after 1978 will run at Kobi Nazrul Centre. This will run from 5 to 27 May 2022. The exhibit showcases the strength of community during the 70s, and the changes in Tower Hamlets following Altab Ali’s death.

The council will also co-host a talk by Stand Up to Racism, titled The Right to Rally at the Kobi Nazrul Centre in Whitechapel. There will be a discussion on the implications of the new Police, Crime, Sentencing and Courts Bill. 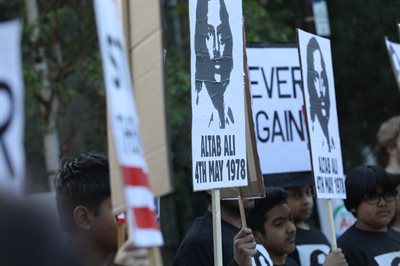 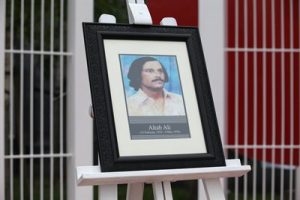