The Mayor of London, Sadiq Khan has announced another three boroughs to join the Creative Enterprise Fund. The fund will invest £800,000 to support thousands of jobs and create affordable studio space across the capital. Nearly £700,000 of this is going to East London boroughs, including Tower Hamlets.

All the zones will receive a share of £800,000, to support five thousand young Londoners entering the creative sector. On top of this, the government will creative more than 25,000 sqm of new, permanent, affordable work spaces by 2025.

The Mayor launched the programme in 2018, and has invested £14m to help areas across the capital to support artists and creative businesses find permanent, affordable workspace. And it has been a success so far, establishing nearly 1,000 creative apprenticeships, training and work placements across London.

On top of the announcement to include three new boroughs, Sadiq Khan has announced that £630K will be invested in the re-accreditation of the six original zones, which includes Tower Hamlets. 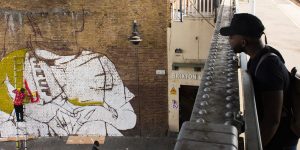