Skip to content
You are here:Home » Notices » Magic of the “TVL 17 League Cup” at Mabley Green
Zahid Rahman

The magic of the “TVL 17 League Cup” continues to wow the crowds at Mabley Green in E9.

Football at times can be a mysterious game, filled with unexpected and odds defying surprises, this is especially true when it comes to cup competitions. In a smaller sample of games compared to a long league season, we all seem to be invigorated, enthused, and filled with optimism and belief that we can achieve great things, and dream of lifting the cup! This is as the cliche goes ‘the magic of the cup’.

The TVL17 season concluded in December 2022, and shortly after we embarked on the league cup competition. Thirty-two teams from across all our five divisions in the veteran’s league (TVL) entered in a preliminary knock out round to determine the group stages of 16 teams. Although many of the expected big guns qualified, there were some unexpected departures with the likes of Mohammedan Vets been eliminated. So overall this round was concluded business as usual, the real drama was however awaiting us in the group stages!

To add to the excitement and to build anticipation, the group stage fixtures which were originally scheduled for the 15th December 2022 had to be postponed to the 5th January 2023 due to snow resulting in unplayable pitches. So after having waited over the Christmas break, we were all eagerly looking forward to getting back into action, and my was it worth the wait! ILFL came back with a bang, this was by far one of the most exciting and unexpected group stages of the TVL Cup in its history.

In one night we saw big household names in our football scene get eliminated, teams that we had previously expected to be favourites fell short. There were big casualties to include the current Premier division champions Shoreditch Vets A, the reigning Cup winners Wapping vets, and other giants of the ILFL TVL to include serial winners Beaumont Masters Vets and Weavers Vets succumb to and be victims of their groups.

On the other hand what is refreshing to see is how the so-called underdogs overcame challenges and adversities to book a place in the Quarter finals. This quarter finals are like no other, looking at the teams in the final 8 one can’t help but admire them, their hard work, sheer determination, belief and conviction that has pushed them this far. These teams epitomise the romance of the cup, it’s a tale of David vs Goliath, it’s a story of hope and it is why we dearly love this game of football.

Come and join us at Mabley Green on the 12th of January to experience what promises to be an adrenaline filled, exciting night of football. Both the Quarter and Semi Finals will be played on the same night, first game kicks off at 8pm.

“Keeping the unity in the CommUnity” 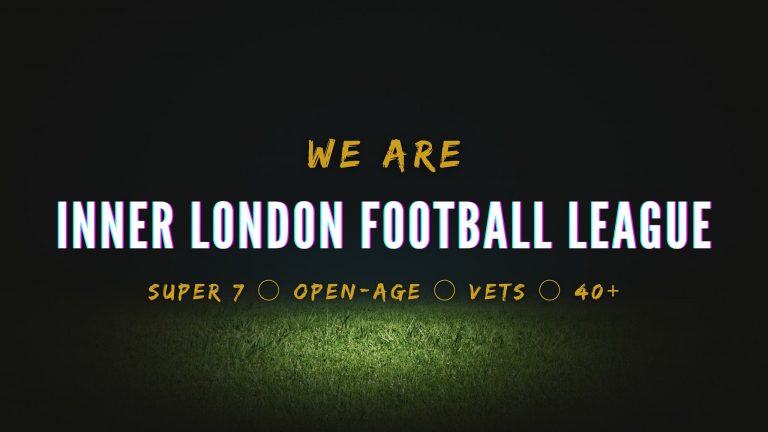 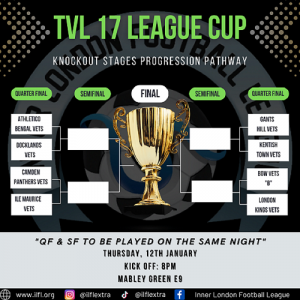