Councillor Shafi Ahmed, who represents Whitechapel ward was elected the new Speaker of Tower Hamlets. In response Ahmed said, ‘I’m so proud to have been elected to serve as the borough’s first citizen and look forward to meeting people and organisations across Tower Hamlets in the year ahead’. Ahmed has chosen to support young people with autism as the theme for his official charity.

Mayor of Tower Hamlets, Lutfur Rahman formally announced the names of the nine councillors who will serves his new cabinet. Rahman said, ‘I’m delighted to confirm my new Cabinet and Deputy Mayor and look forward to working alongside my executive team to deliver on the pledges we have made to the people of the borough’.

Rahman’s cabinet is as follows:

Resources and the Cost of Living – Councillor Saied Ahmed 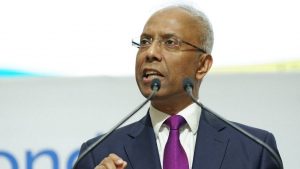