Skip to content
You are here:Home » The Codfather of Roman Road: Savvas of Saucy Kipper Fish Bar 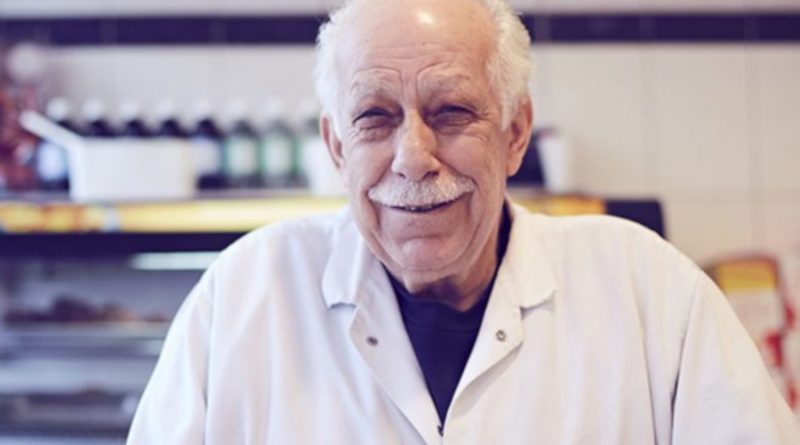 It may feel like the traditional chippy is becoming a precious rarity, with more and more chip shops expanding their menus to offer kebabs, fried chicken, pizza, hamburgers and every other fast food. But not Roman Road’s Saucy Kipper.

We talk to local legend and ‘Codfather’ Savvas Argyrou, the owner of the fish and chip shop on the Roman that’s been serving every type of battered fish, served the old-fashioned way in paper, since the 1970s.

The Saucy Kipper has it all. A glass display counter with sliding doors, full of cod fillets, battered sausages and fish cakes, slowly heating in the warm glow; proper thick chips with little wooden chip forks, and, of course, a line of friendly faces behind the counter, scored with laughter lines from year’s well-spent greeting customers with a smile.

The Saucy Kipper team seem to know all their customers, and there is a joyful energy to the shop. Someone always has a wisecrack and joke up their sleeve, with the team having a laugh as they work around each other.

Argyrou, 71, is at the fish shop everyday just after 6am for fish deliveries, and is known to locals as ‘The Codfather’ for his long reputation of being a good-humoured, kind and well-known character in the East End; a king of the fish shop trade.

‘People call me the “Codfather”‘ Argyrou chuckled as he describes his job, ‘because I’ve been here so long. I’ll always be here. It’s my life.’

Erdal Tahtali, who has been on the Saucy Kipper team for over 20 years, and is still referred to as the ‘new one’, was laughing as he came to get more fish from the back, ‘It’s true, we say that when he dies, we’re going to bury him in the cellar. There is a big cellar down under the shop. He’ll sleep with the fishes’ he joked.

Erdal Tahtali is convinced that the service and fresh fish is what sets The Saucy Kipper apart. ‘This is what makes us different: 50 years of fresh fish! That’s why people come back.’ he said as he gets more cod, their most popular menu item.

Quality is definitely part of the Saucy Kipper way. ‘I don’t believe in frozen fish.’ Savvas Argyrou explains, ‘If you give people something nice, they will come back. Frozen has a completely different taste.’

While you might imagine that you’d get tired of fish and chips if you serve it all day, that’s not the case with Argyrou, who eats fish every day of the week.

The local legend can’t imagine being anywhere else. ‘I love it here. I’ve never had any problems and I would never, ever move or leave. The people here are a big part of that, they are much friendlier in this area.’

‘I’ve worked all over the place: Battersea, in Kentish Town, and even in Brixton. It’s not the same there. If people see me on Roman Road, they will stop to have a chat, over in other places it’s just not like that.’

How the Kipper came to be

In 1971, Savvas made his mark on the Roman and purchased what was then called ‘Louis’ Fish Bar’, buying the whole building and changing the name.

For the first 10 years of the shop’s life, Argyrou worked side by side with his wife Des, and they made a home there, living upstairs. They raised their two children in the flat before moving further east for more space.

Savvas Argyrou, originally from a small village in Cyprus, has been in the fish business all his life.

‘When I was in Cyprus, I used to go fishing with my dad every night. Then when I left Cyprus at 16, I came here and got a fish shop.’ He chuckled, ‘I still go fishing when I’m back in Cyprus, my brother down there has a boat now. I go back for summers and fish on the sea.’

Back in 1955, Argyrou’s father came to London and stayed for five years, bringing two of our Codfather’s three sisters. ‘Back then Cyprus was under British rule, so my dad had a British passport and could travel without a permit or visa. I think they got independence in 1960’ Argyrou explains.

Savvas Argyrou followed his sisters down and started working in his sister’s fish shop in Birmingham. ‘My sister gave me a job and I used to live upstairs. Then after she sold her shop, we moved almost the whole family down to London. We found a fish shop near Clapham Junction and worked together for about 5 years, and then I found my own place.’

Not all his family decided to move to England, and his brother and one of his three sisters stayed with his parents in their village in Cyprus. ‘My brother, he fell in love when he was 12, and he didn’t want to come. He didn’t want to leave the girl, and they’re still together today. They have four kids, and grand-kids.’

Savvas insists that many things have changed on the Roman in the last 50 years, and remembers that when he started out you could buy fish and chips for a pound and three pence. Now he serves it up for £7.40, which is considered relatively cheap for London.

The Codfather on Respect

Savvas Argyrou says the shop has never had a problem. 50 years without incident is quite a feat, but his secret is how he communicates. Savvas believes people respect him on the road because he respects them.

‘I’m friendly with the youngsters, I’m friendly with everybody. And they respect that. Sometimes they come in with no money, I give them some chips, and I say ‘If you get the money, bring it. If you don’t, don’t worry. Most of the time they bring it.’

It later transpired that what other shops might call an ‘incident’, Savvas Argyrou brushes off with a laugh. Regaling one story of a funny customer, he tells us that in 50 years of being open 11am-11pm he’s seen some things.

‘One day I had a lady here, she asked me to use the toilet. I could see she was so drunk so I said no. In the end,’ he started laughing, ‘she stopped in the middle of the shop and had a wee. What can you do!’ he laughed. ‘What can you do!’

‘Some people, maybe they would start shouting and screaming, but we just had a laugh. And when she was gone, I got the mop and disinfectant’ he chuckled, ‘I was laughing.’

Seeing Argyrou always laughing, it is easy to understand why locals come back to The Saucy Kipper. While their fresh fish and quality food is, in itself, something local people recognize as valuable, the sense of community and easygoing camaraderie in the shop is also something people return for.

Another member of the Saucy Kipper team is Stamie Loucas, fondly nicknamed ‘the manager’ who has been there for around 40 years himself. His favourite part of the fish bar is the easy jokes, and seeing the regulars.

For the Saucy Kipper, most of their customers are regulars, with the exception of the visitors shopping at the market. ‘Some of our regulars come in every week,’ Argyrou said proudly, ‘and some come in everyday. It is a joy to see the same faces.’

Despite all the changes he’s seen on the Roman, he can’t imagine moving anywhere else. ‘It’s my life. I don’t regret one minute. As soon as I don’t enjoy it, I’ll give it up’. As we see him laughing with teammates Tahtali and Loucas, we don’t think that’ll be happening anytime soon.

If you enjoyed this, you might like to read about Sweet Treats, another business on the Roman, or Chris Kimberley, another local legend. 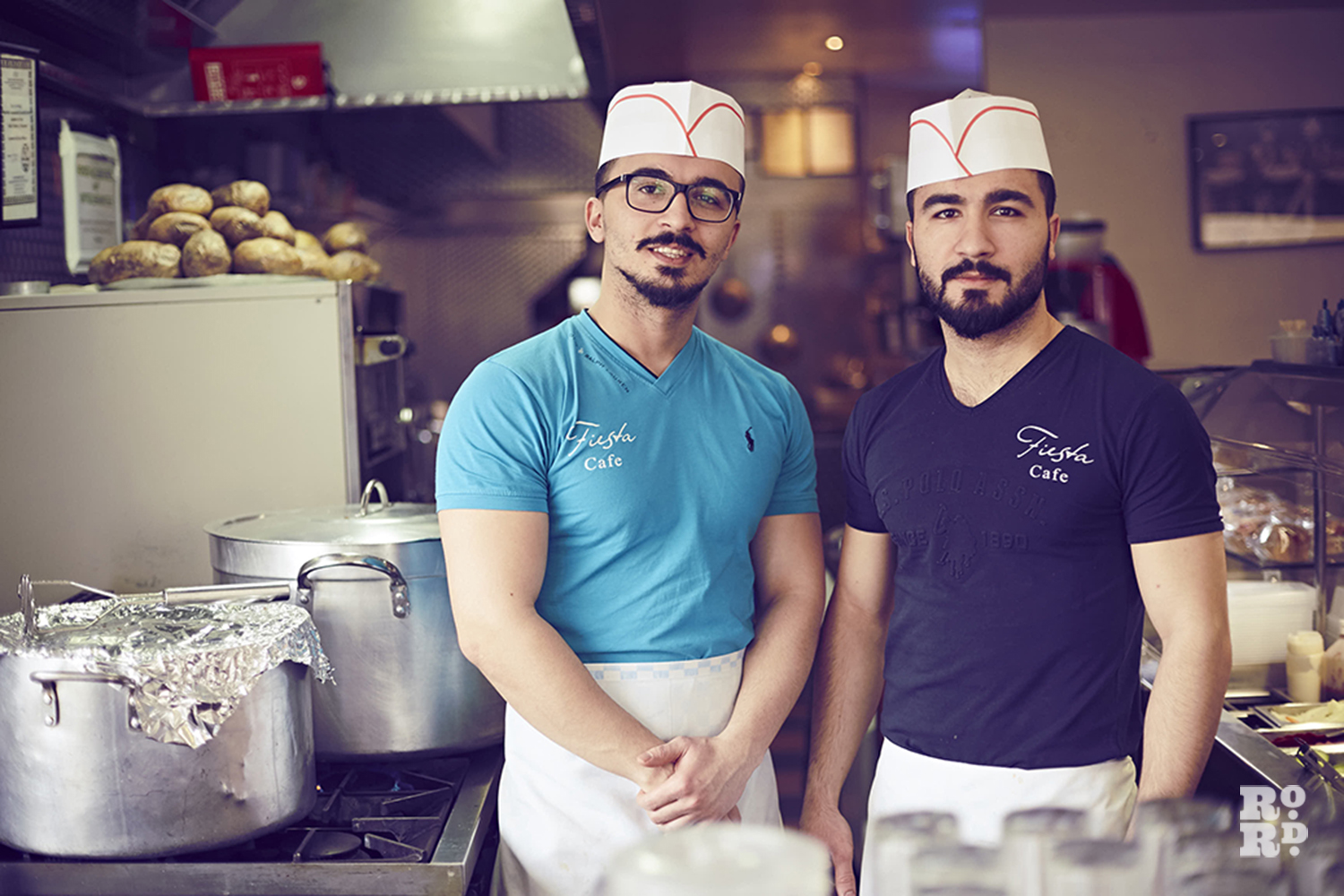 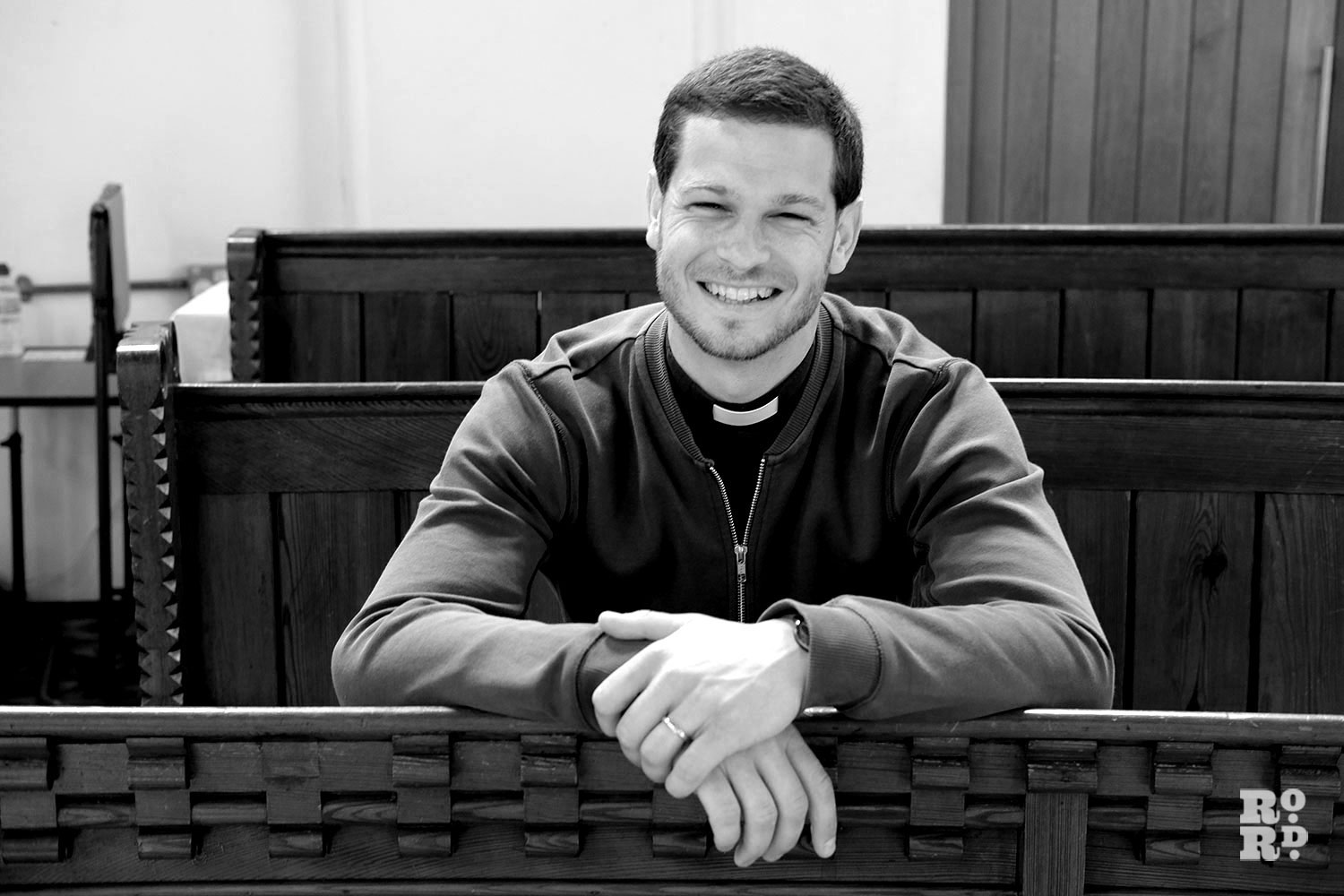 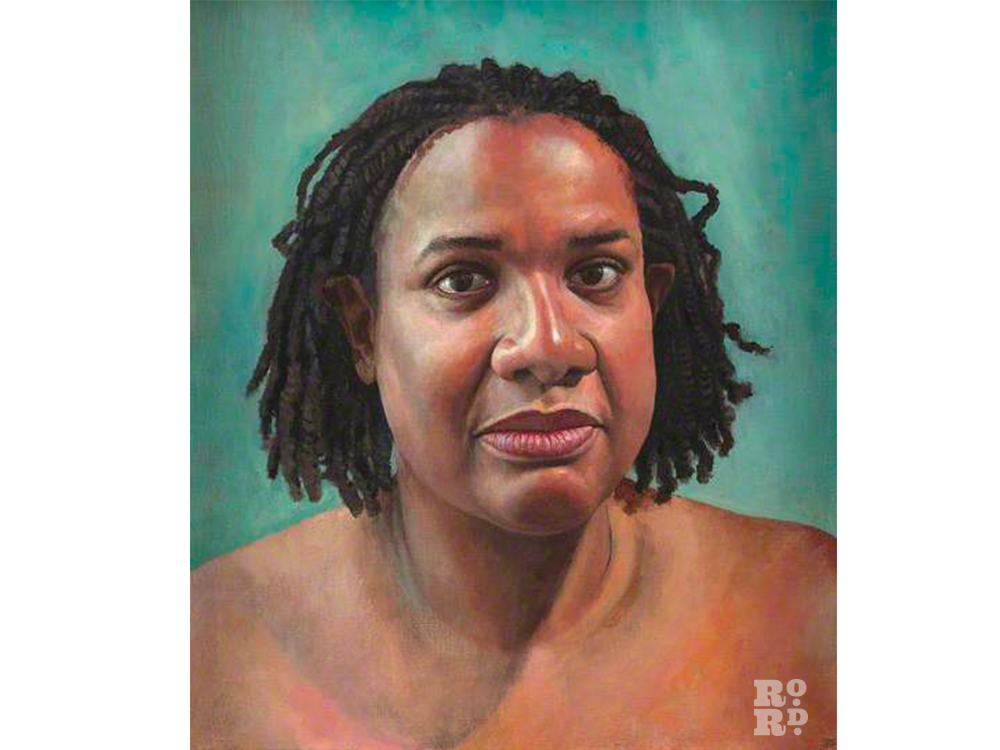 2 thoughts on “The Codfather of Roman Road: Savvas of Saucy Kipper Fish Bar”