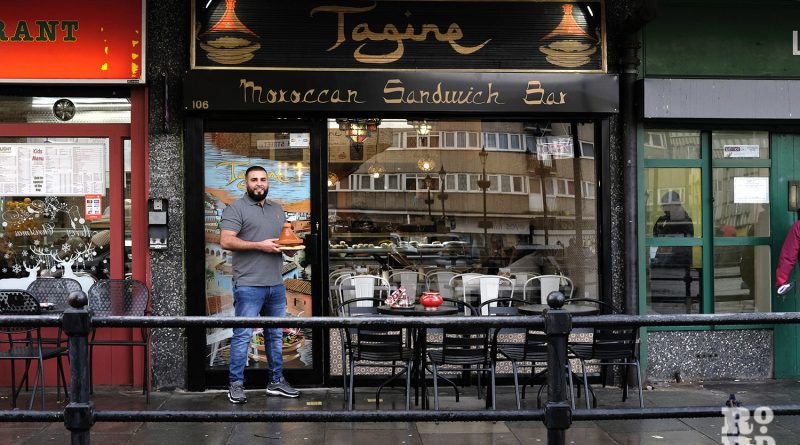 A new Moroccan street food cafe and sandwich bar, Tagine, has opened in Globe Town. Open from 8am till 8pm for lunch and dinner, the cafe serves a wide range of home cooked Moroccan food, from Moroccan flatbread sandwiches to couscous and tagines.

The owner Billal Saadani aims to bring together his two home flavours: Morocco and East London. Saadani’s mother cooks all the hot dishes from her home in Bethnal Green, and behind the deli counter the staff, all locals themselves, prepare everything fresh daily. Saadani plans to make Brick Lane bagels a key menu item in the future as part of the Moroccan-East End union.

Authenticity is an important selling point for Saadani; as well as authentic home-cooked traditional Moroccan cuisine, the decor in Tagine is all sourced from Morocco. ‘I didn’t go to a fancy place to get [the decorations],’ Saadani said. ‘This is all from the street traders in Morocco, from the markets. The person who made the lamps was 82 years old.’

Tagine is the only Moroccan restaurant in the local area so far, with the nearest in Stratford. ‘I want to bring Moroccan culture into East London,’ Saadani said. Down the line, he plans to open the space up for events and birthday parties.

Second to authenticity in importance for Saadani is price point: ‘we do a fresh salmon tagine, two portions of salmon, with fresh olive oil from Morocco for £8 here. In another place that would cost you £25.’

‘There are a lot of youngsters around here who haven’t got that much money to spend, so we’ve started doing rolls.’ With Greggs just a few doors down, Saadani hopes for Tagine to become a place where young people can get a tasty, healthy meal for under £5. He has recently introduced rolls as a cheaper way of enjoying his sandwich fillings, with a filled roll costing just £2.75.

Tagine’s ingredients are either sourced locally or brought over from Morocco. The meat comes from a halal butcher in Bethnal Green, while the olive oil and herbs are brought by drivers fresh from Morocco every two weeks.

The variety in the menu reflects Saadani’s wish to cater for everyone. ‘I want to do everything, but I want to keep simple and quality standards too,’ he said. ‘Here, people are eating the same food that I feed my family.’

Saadani brings Tagine to Globe Town partly because of his own roots, and partly for the atmosphere around the square. ‘It’s the middle of everywhere isn’t it? Bethnal Green station is just down the road, Roman Road Market is nearby. To be honest, the pavement and the square reminds me of Morocco. It’ll be really nice in summer with a mint tea.’ Surrounded by Globe Town’s council estates, Saadani feels comfortable. ‘We’re council people, this is what we are. We’re not rich, but we’re making what we can make.’

‘There’s a lot of poverty in Morocco, I go back there a lot and I want to help people there.’ A charity box will be in place at all times at Tagine, with all proceeds going to help the less fortunate in Morocco.

If you enjoyed this, you might also enjoy reading about Kisses from Nonna on Roman Road. 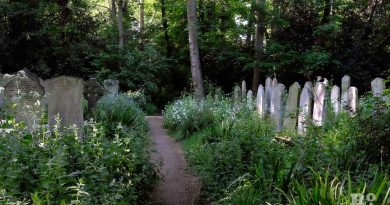 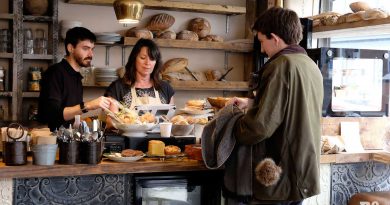 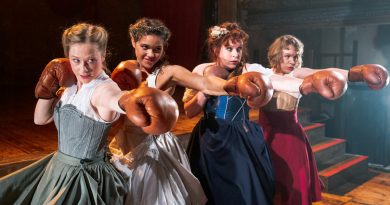 Review: ‘The Sweet Science of Bruising’ at Wilton’s Music Hall