Skip to content
You are here:Home » Victoria Park’s Heritage Trees in winter 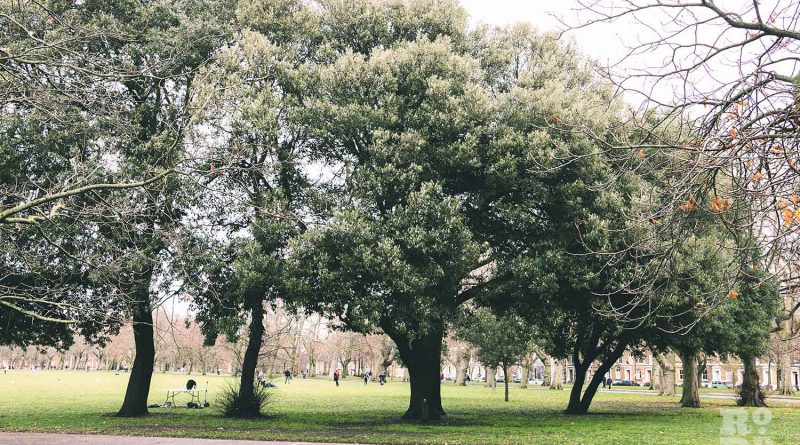 Our fine city of London may be regarded as the “Big Smoke”, but despite this moniker there are still a number of green spaces residents can explore, not least Victoria Park, which contains over 4500 different types of tree. But not all trees are equal and here we have highlighted eight of what are officially considered to be Victoria Park’s ‘Heritage Trees’.

Commissioned in 1840 as a response to provide fresh air for the industrial East End, Victoria Park was opened in 1845 and known as the Lungs of London. It is one of the most popular parks in the whole of London, winning numerous awards. With its winding paths and beautiful landmarks like the Chinese pagoda and drinking fountain, Victoria Park was a solace for many during the lockdowns this year.

Although there are a myriad of trees to enjoy and explore in the park, here are “eight of the best” heritage trees that are particularly significant and where to find them.

This Persian ironwood is a deciduous tree that maintains its colour deep into the autumn months and produces attractive red flowers in late winter and early spring. Growing up to 10m tall, it’s name comes from the incredible strength of the timber. Visitors will find this tree on the Old Ford Road side of the boating lake. Look out for its exfoliating bark that reveals cream, yellow and green patches of colour.

The holm or holly oak tree has its roots in ancient Greece, where its leaves were used by seers to tell the future and make crowns to honour people. Introduced to Britain in the late 1500s, the holm oak is an evergreen tree that can grow to 20m. It’s dense canopy provides year-round shelter for birds, although they do not cope well in freezing conditions and during severe winters are prone to dying and losing their leaves.The holm oak in Victoria park is situated right next to Morpeth lodge.

Described as a “real city slicker”, the hybrid of the American sycamore and Oriental plane is London’s most common tree. It is most valued for its ability to adapt to urban conditions and its resistance to pollution, with its wood used for making veneers given its fetching golden-brown colour. To find this tree, take a few paces from the main path to Risenholme Gate, and the tree is to the left. Note its split trunk and huge canopy.

Known for the distinctive, spiky leaves, the base of a monkey puzzle can resemble an elephant’s foot. The large evergreen can also grow to 40m tall as well as living for up to 1000 years. In order to find it in Victoria Park, visitors will have to venture off the beaten pathway and look closer to the wildflower meadow. Be careful though, tree-huggers, there are spines on this tree’s trunk…

The most significant thing about the lime tree is the twigs, which although slender and brown, become red in the sun. In the cooler months, the twigs become hairy with red-pink buds. It’s leaves are eaten by the caterpillars of many moth species and the flowers provide nectar and pollen for insects and bees. There is a line of lime trees forming the boundary of the wildflower meadow in Victoria Park.

This hybrid was created by man of the wild Mr. Turner at the turn of the 18th century, by crossing the English and holm oak with each other. The leaves are distinguished by being white on their underside. This tree is located beside Queen’s Gate, towards the Victoria Park road side of the park. Visitors shouldn’t have a problem finding it – the tree has a “missing limb” and the other branches have dropped to fill the gap.

With its deep purple canopy, this striking tree is often found planted in landscape-scale gardens as it adds colour to any rural scene. The copper beech can reach a height of over 40m and is a great aid to surrounding wildlife; its seeds are eaten by mice, voles, squirrels and birds. This particular tree can be found in the east park, right next to Pennethorne Gate.

Native to northern Italy, the lombardy poplar is distinctive for its narrow columnar shape – the leaves, although green in summer, turn yellow in autumn while producing red catkins in spring. Visitors to the park will usually find this tree planted in rows to signify boundaries. One can be found just in front of the Rockmead Gate, a stone’s throw away from the drinking fountain.

If you liked this article, you might like our guide to statues and monuments in Tower Hamlets 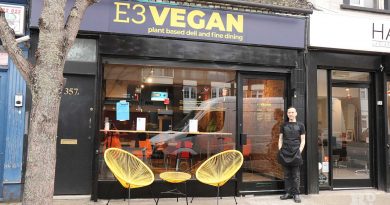 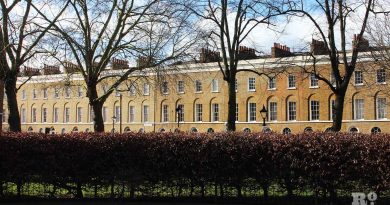 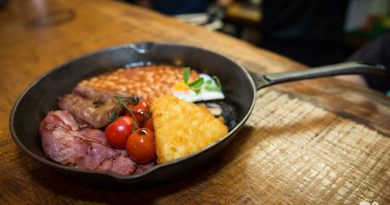