Skip to content
You are here:Home » The best of Bow’s Victoria Park Market 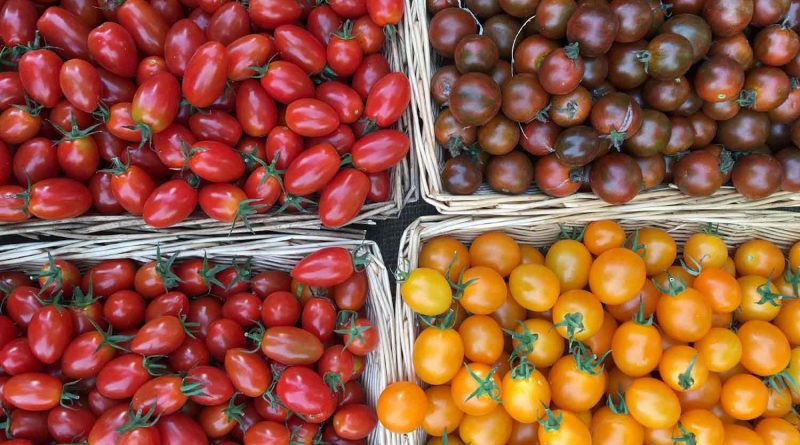 We’ve compiled a list of our favourite stalls at Victoria Park Market to help you make those difficult decisions and enjoy Sunday market strolls this summer.

Established in June 2017, Victoria Park Market will soon be celebrating its five-year anniversary. Initially launched as a six-month summer project, the market was so popular with shoppers from near and afar that it has become a year-round venture home to more than 60 traders.

The market was originally a produce market held on the pedestrianised street known as the Nightwalk, which runs between Bonner Gate and Gore Gate. This spacious colonnade of stalls still comprises the heart of the market where you can find fresh fruit and vegetables, honeys and jams, freshly cut flowers, charcuterie and cheeses, craft spirits and wines, and an extensive selection of baked goods. Yum.

Now hot food vendors have joined the market, stretching almost all the way around the path that connects either end of the Nightwalk. The extensive selection of street food from around the world will leave you spoilt for choice, and with most meals costing £8 or more, you don’t want to make a rash decision that you might regret.

From Indonesian coconut curries to mac n’ cheese and comforting crepes, the hot food available rivals nearby Broadway market, and can be enjoyed in the leafy surroundings of the park.

Victoria Park Market is run by the Good Market Company which was set up to create food markets combining high quality produce with companies making a positive social impact. Unlike council-run markets that charge a set fee, the Good Market Company takes 15% of stallholders’ commission. With spaces at the market in such high demand, priority is given to traders who live in Tower Hamlets as well as social enterprises.

A lifeline for many local businesses throughout Covid, Londoners flocked to Victoria Park in their masses during lockdown and vendors reported record-breaking sales.

Though this inevitably calmed down as shops and entertainment venues opened up again, as the weather gets warmer Vicky park always attracts more visitors. On a hot summer’s day, over 10,000 people have been known to visit the market, so we’ll be keeping our fingers crossed for a sunny spring.

Here’s a round-up of our favourite stalls to look out for next time you find yourself in Vicky park on market day.

Macarons might not be a typical feature of your traditional British food market, but they certainly bring a sprinkling of style to the Nightwalk. These perfectly crafted sugary bites are inspired by and created using ingredients from across the UK, with flavours changing every month. This spring you can expect everything from caramel apple, to rhubarb orange rosemary, and cucumber flavoured macaroons. Or if these sound a little too adventurous, you can’t go wrong with the best-selling dark chocolate.

If you’re deliberating whether or not Victoria Park Market is worth travelling for, just bear in mind that the Comté sold by Borough Cheese Company has come all the way from France. Our trusted cheesemongers make regular selection trips to the Fromagerie Marcel Petite on the mountainous French-Swiss border. We are told the Comté – or Gruyère de Comté – is its best selling cheese, which they wisely stock in bulk. The mammoth cheese wheel on its market stall comprises 35 kg of the stuff – we hope that’s enough to go round.

Oat Avenue is the UK’s first granola butter company, and the new kid on the block at Victoria Park Market. Think granola in spread form with both a smooth and crunchy texture. Homemade by stallholders Dhiviyana and Iva in their kitchen in Stratford, the couple welcome feedback from customers and fellow stallholders, making them a popular spot on the Nightwalk. Keeping it simple with the choice of just two flavours – chocolate and a cinnamon-y original – Oat Avenue’s granola butter is vegan, gluten free and nut free so can be enjoyed by one and all.

Undoubtedly the most popular market stall amongst Victoria Park’s four-legged visitors, Pack and Clowder’s dog delicatessen sells a wide variety of doggy treats and chews, with beef liver flavour rumoured to be in highest demand. This dog and cat collective is a familiar face at the market and has traded in Victoria Park for eight years. They say that sales from the market were at an all-time high during lockdown when their two shops in Hackney were forced to close their doors. Judging by the crowd of canines congregating around the stall, business continues to boom.

Boasting the longest queue of all the hot street food stalls, you can’t beat a bowl of Anna Mae’s warming macaroni. Unafraid to get creative with this classic dish, the menu features everything from your traditional three cheese sauce, to the barbeque inspired ‘Kanye Western’ and the adventurous ‘Magic Mushroom’. The chefs even developed a vegan recipe specifically for Victoria Park’s ever-growing plant-based clientele. Anna Mae says that customers enjoy watching the mesmerising swirling of the melted cheese. It’s sure to make your mouth water.

The only Indonesian option in Victoria Park Market, Makatcha’s mission is to revolutionise the current perception of Indo-Malay cooking with contemporary Indonesian vibes: coconut, lemongrass, galangal, and house-made chilli. With a central kitchen in Bethnal Green, you might have seen (or smelt) Makatcha’s creamy coconut curries at Broadway Market or Canary Wharf. Serving up beef, chicken and vegetable curries simmering slowly over a low heat, we are told the chicken is the most popular, but you better see for yourself.

You can’t have a good food market without great fruit and veg. Wild Country Organics grows organic produce in Cambridgeshire in unheated greenhouses. Its owner, Dr Adrian Izzard is a pioneer in modern organic growing and as the seasons change you’ll notice new produce appearing on the stall. Wild Country Organics doesn’t stock any retailers but keeps itself busy selling fresh fruit and veg at 27 markets around London. Millie, one of the team members manning the stall, reels off the 10 varieties of squash on offer and recommends the Delicata as her personal favourite. We think we’ll take her word for it.

Victoria Park Market is open every Sunday from 10 – 4 pm. The nearest postcode for the market is E2 9JW. 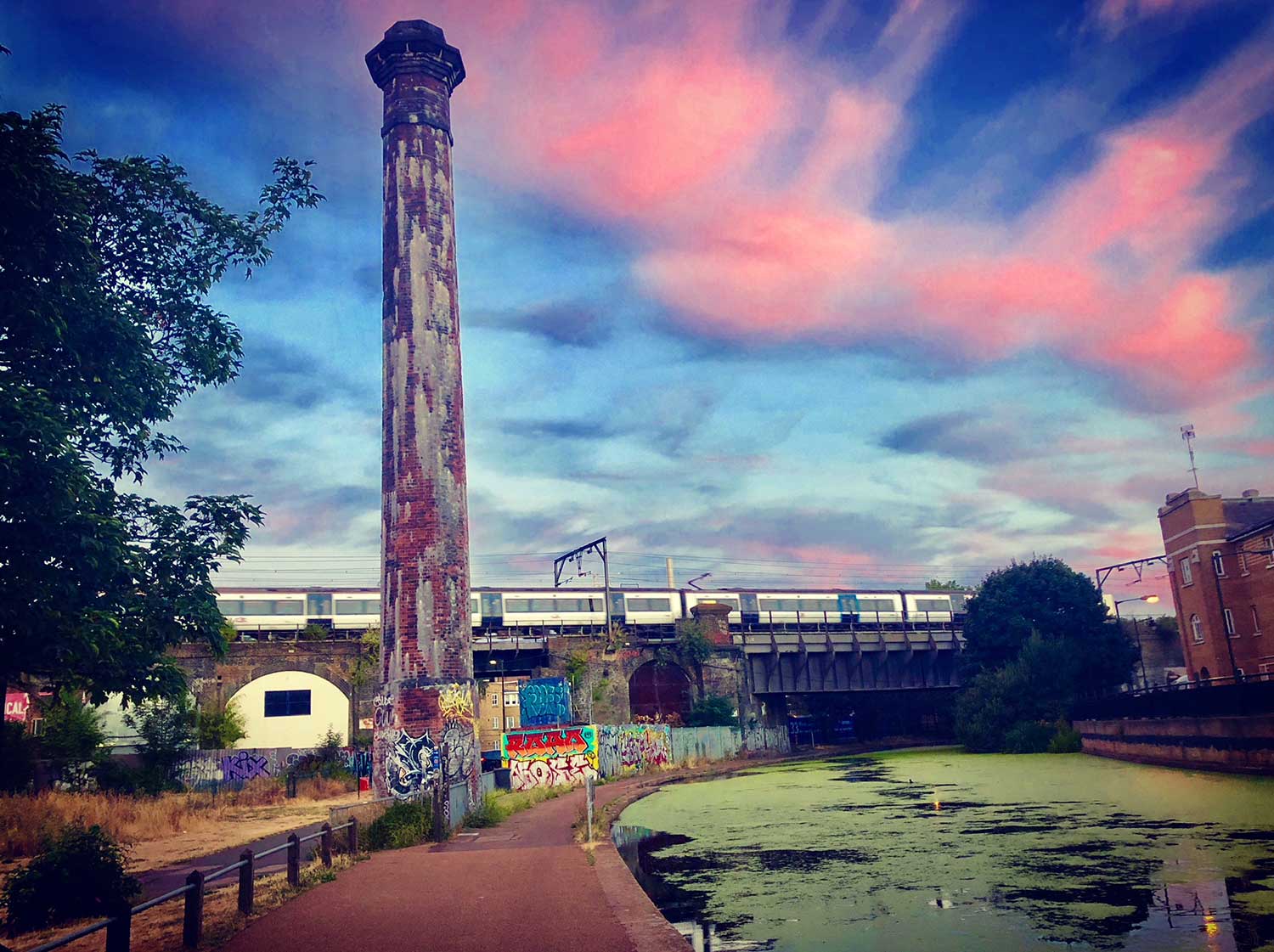