Skip to content
You are here:Home » Rachel Blake, Cllr for Bow East, on Matchgirls and markets 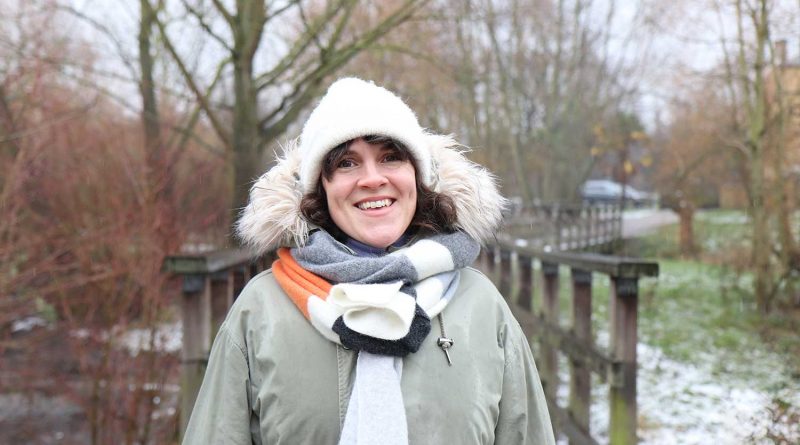 ‘Isn’t it interesting that the dock strike is considered this founding moment in labour history but the Matchgirls were a year earlier and yet it’s the dock strike rather than the match strike a that people remember?’ Rachel Blake asks, then gives a small incredulous shrug. ‘That’s why I want to help memorialise them.’

Councillor Blake is an ambassador for The Matchgirls Memorial Charity, who are looking at ways to memorialise the women and girls who went on strike from the Bryant and May factory, which is in her ward. The Matchgirls strike of 1888 influenced the London Dock Strike in 1889 but Rachel couldn’t help but notice how the strike of male workers was given historical precedence.

‘I feel really strongly about how gendered our history is. There is so much that needs to be put right!’ she explains.

When asked how this can be put right, she replies;

‘I believe that you put it right by making the hidden parts of history visible.’

This need to redress this imbalance seems to inform all Rachel’s work, and seems to be a character trait that led to a career with the council.

Growing up in North London, Blake never anticipated that she would spend much of her adult life in Bow, let alone as Deputy Mayor of Tower Hamlets.

She moved to Bow with a group of friends after finishing university. After looking around all of London, they chose Bow, because of the sense of community nestling in our fine borough. Her first place was in a house share opposite the old Safeway, now Tesco.

A sense of community service is rooted in Blake’s life; one of her first jobs was as an administrator in the NHS. Perhaps inspired by the social care ethos of the NHS, she joined the Labour party almost twenty years ago. She says she was drawn to ‘their values and what they were doing in government, addressing inequality and child poverty’.

The inequality that Blake has always sought to put right has been thrown into sharp relief by the pandemic, with Covid-19 highlighting the socio-economic divide in society. Each lockdown has brought its own set of challenges, whether they are physical, mental or emotional.

‘The scale of the cases now is incredibly worrying for people,’ she says, ‘how long it’s been going on and the economic element of people feeling those job losses now.’

Blake hasn’t had a moment to stop in the last year. As the pandemic has rumbled on, she’s been continuously impressed by the response from the area as a whole.

‘There has been a real community resilience and one of the great things about being a representative is you hear great things that people are doing, so I see a lot of people really helping each other out.’

Does the councillor feel pandemic-related fatigue? She says with a laugh, ‘I have a bit of online fatigue!’ Blake is heading into another online meeting straight after this about the vaccine.

‘I think when people see themselves, their families, having the vaccine, that is what will make the difference. There’s a strong community effort with organising lifts to vaccine centres, videos of lots of people having the vaccine. There has been such a great grassroots response.’

Bow’s strong sense of community is renowned, and shopping along Roman Road Market, seeing familiar faces, is one of the things Blake loves most about living in the area. This community cohesion is part of the reason she feels passionately about supporting the market and encouraging traders to progress from the street market to taking on a shop in the Roman.

‘There is a real connection between having a market stall and then progressing to having a shop,’ she says. ‘Having more shops open on Roman Road Market to support a really thriving place and create more jobs would be a really good thing for Bow.’

Most importantly, she sees Roman Road as a place where people can connect. She feels lucky that her job enables her to be plugged into the community, and she wants this sense of connection for others too.

‘High streets are so important for connecting people, inter-generationally too,’ she says. ‘I am really passionate about there being a range of space where people might meet and recognise each other.’

Being able to advocate for those who don’t have a voice  and then seeing positive change, whether that’s in the new council homes coming through or seeing people’s situations dramatically improve, is the most rewarding aspect of Blake’s role.

‘Increasingly I notice how much advocacy matters and I think if you are in a position where you can navigate those processes better, it is important that you do that,’ says Blake, who goes on to describe how she has worked to change Council policies to support more affordable rents.

‘For a while the rent policy was changed where you could charge up to 80 per cent of market rent, which really isn’t affordable for lots of people’ she says.

Housing is an area that she finds challenging. As someone who thrives on finding solutions, the shortage, quality and cost of housing in the area is a complex issue which takes time to change and can be frustrating.

‘As a councillor, sometimes you look back and think, ‘why didn’t I try harder to do that four years ago?’ Or if I had known what I know now, I wouldn’t have stopped trying.’

Knowing what she knows now, what would she tell herself back then?

‘To have courage of your convictions,’ she says. ‘To keep asking questions, as lots of casework is problem solving, understanding where the block is in a situation’.

Does she feel she achieves this now?

‘I don’t think you can ever finish that learning, there’s always a new situation where you’re learning about something different so you’re constantly on your toes.’

‘One of the things that the council is doing that I think is really good is looking at the representation of black and minority ethnic people in the public realm. We did a survey and alongside women and gender, this is shockingly absent.’

‘People have asked, where does it end? Well, it ends when there is a fair representation. It ends when we stop glorifying those who have abused people’.

If you enjoyed this article, you may be interested in reading our interview with Swadhinata Trust’s Julie Begum 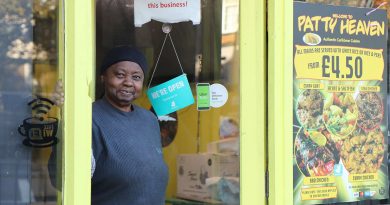 The Story Behind the Smile: meet Patty Heaven’s Deslyn Marks 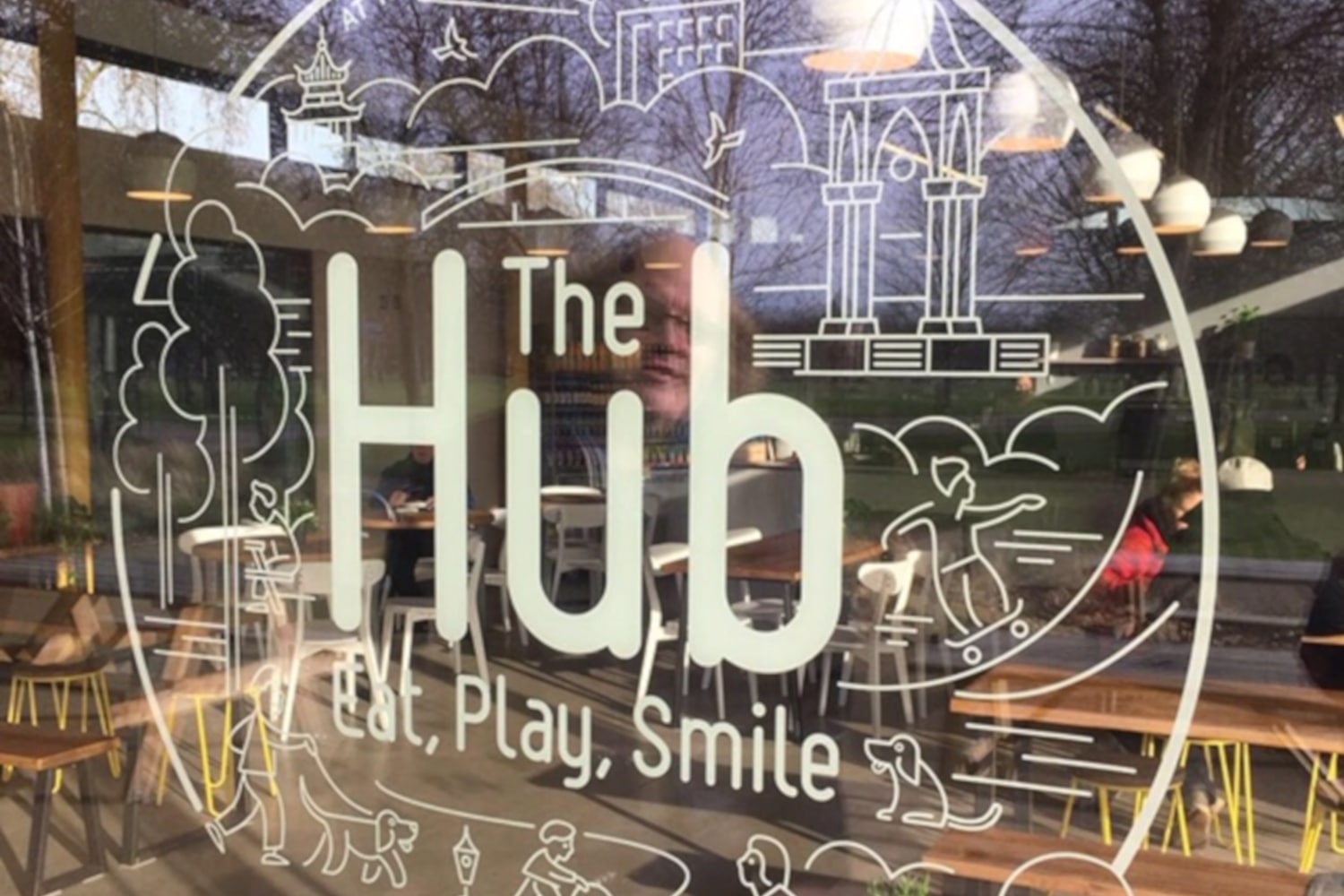 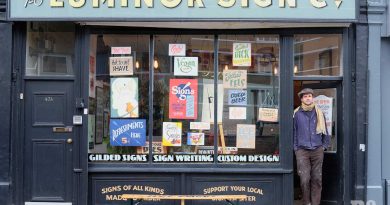 One thought on “Rachel Blake, Cllr for Bow East, on Matchgirls and markets”

October 15, 2018January 13, 2022 Tabitha Potts
Manage Cookie Consent
We use technologies like cookies to store and/or access device information. We do this to improve browsing experience and to show personalised ads. Consenting to these technologies will allow us to process data such as browsing behaviour or unique IDs on this site. Not consenting or withdrawing consent, may adversely affect certain features and functions.
Manage options Manage services Manage vendors Read more about these purposes
View preferences
{title} {title} {title}