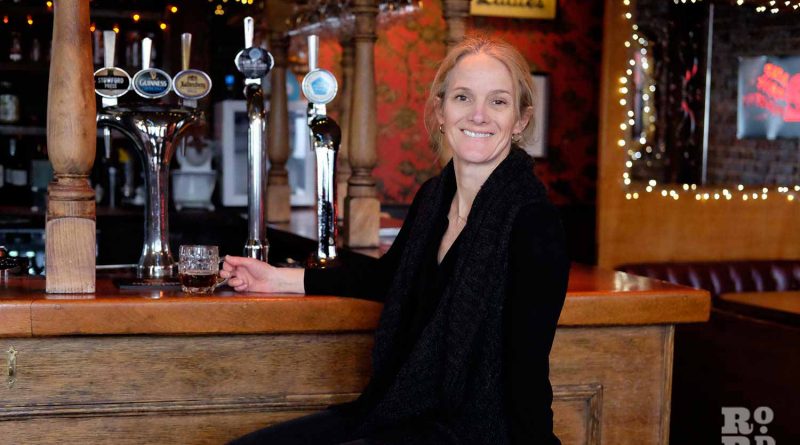 From brewing beer in the kitchen as a hobby to running one of the best known breweries in East London since Truman’s, the local husband and wife duo behind East London Brewing Company (ELB), tell us about the rise of their craft brewing business, and their plan to bring East London to the rest of the world…through beer.

Claire Ashbridge-Thomlinson arrives to the interview at Symposium,  a wine bar and restaurant on Roman Road, before her afternoon school run to pick up her three children, aged 11, nine and six, from Chisenhale Primary.

Ashbridge-Thomlinson walks past shelves stocked with her own bottles of beers bearing the muted colours of the ELB labels, and smiles broadly as she puts forward a confident handshake. Hair scraped back in a ponytail and dressed smartly in black it’s easy to imagine her in her previous incarnation as a Public Affairs Director for a global healthcare company.

She stops to greet Symposium’s owner, Giuseppe. It is clear he isn’t just a stockist of their beer, but also a friend.

ELB has been a nine year journey. From Stu Lascelles, her husband, brewing beer in the kitchen as a hobby, to now producing a range of bottle, cask and keg beers that can be found from neighbourhood haunts around Roman Road, to places as far north as Scotland.

They now produce a range of seven bottled beers ranging from their best-selling Cowcatcher, a crisp American Pale Ale, to their traditional best bitter, Foundation (which is increasingly popular). The most recent addition – and at the other end of the ale scale – is a fresh lager to satisfy those with a lighter taste.

They are also in the process of rebranding their logo from ‘ELB’ to ‘East London Brewery Co’ – because ‘too many people were asking for a beer called Elb’ – so keep an eye out their for newly branded bottles.

East London, once famed for being the hub for many industries , was also home to Truman’s, which was the largest brewery in the world in the 1800s.

After Truman’s decline and eventual closure in the 20th century, East London is yet again becoming a hub for beer brewing. But this time, instead of vast industrial factories, it is small, real-ale breweries leading the way – including Crate and of course, ELB.

Despite the growing success of these breweries, Lascelles and Ashbridge-Thomlinson are determined to make their beer inextricable from the place that inspired their business.

‘We are the East London Brewing Company’ says Ashbridge-Thomlinson. ‘East London is our home.’

‘I was just taken with the creativity and diversity of the place, and with the people who come from everywhere. That engenders a type of creativity that you wouldn’t find in a static, monocultural place,’ she says.

Staying true to their roots, they mainly ship to businesses within the M25. Even closer to home, you can find their bottles in Vinarius, as well as Symposium. Their draught beer can also be found in pubs like The Florist in Bethnal Green, and Adam & Eve in Hackney.

Although neither Claire nor Stu were born here (like many Londoners), they have now lived in E3 longer than they have anywhere else, and are raising their three children here.

So they decided to make their beers a love letter to East London. Their logo, for instance, pays homage to the area’s history with the printing press.

‘We went to the London Centre for Book Arts in Hackney Wick which has an amazing collection of old press printing blocks. And we made our logo out of those individual letter blocks, and digitised the resulting print. ’

And even their label designs are inspired by unique landscape of the area.

ELB’s breweries are based in Leyton, Hackney. What started off as a single unit bought by the husband and wife team at the beginning of their venture, has now tripled in size, buying two more units as demand increased.

Now, they ship over 3500 hectolitres, the most common measurement for beer brewing, to businesses around the country and further abroad. As a testament to their growth, half their bottles are now bottled elsewhere – although they also produce cask and keg beer which are processed in-house.

Despite keeping their eyes trained on international growth, you can feel Lascelles’ and Ashbridge-Thomlinson’s touch in all aspects of their production.

‘Beer is a live, biological product. So one of us has to go into the brewery at weekends to check the fermentation is progressing. It’s a bit like a newborn baby really – you just can’t leave it behind and go on holiday.’

It seems that family is a big part of the ELB ethos; after all, it is part of the reason why they wanted to start own company.

This family-centred approach to business is rare in our increasingly globalised world, but it continues a long tradition that endures on Roman Road. After all, many of the oldest and most-loved businesses on The Roman are family owned, and have been for generations, from G.Kelly to Abbotts.

So, it seems that East London Brewery Company is not only bringing brewing back to the East End but also putting the East End on the international beer brewing map. Cheers to that. 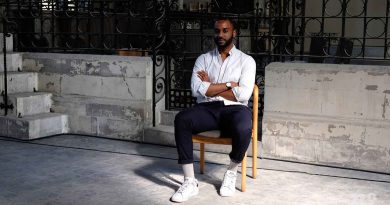 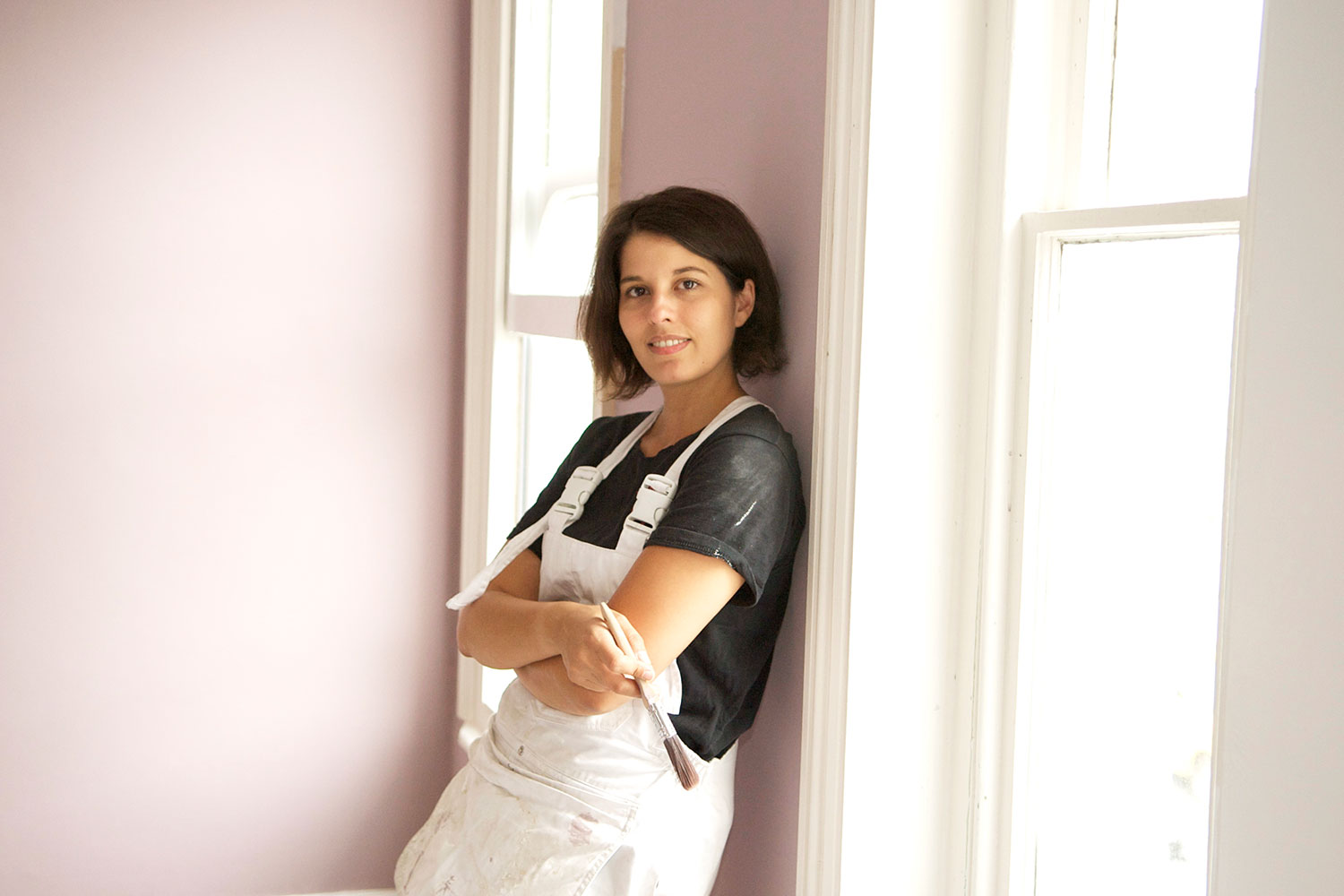 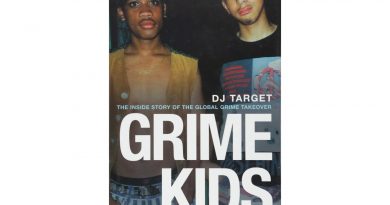 ‘Grime Kids’ book review – the inside story of a creative revolution