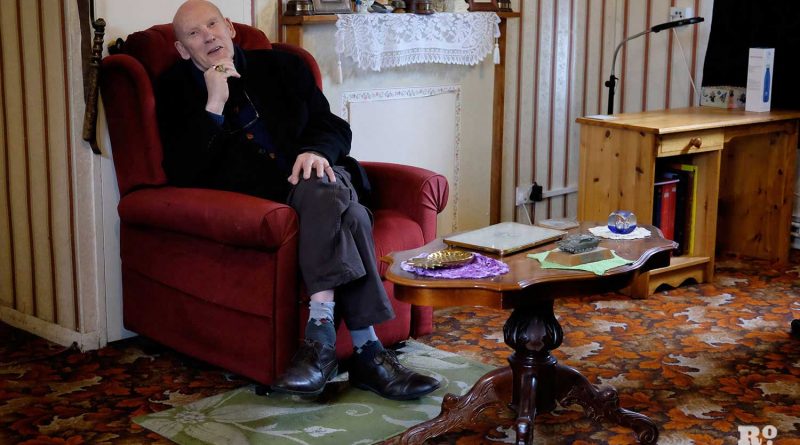 Local resident Eddie Albert Brown, 75, has struggled with mental health all his adult life. A victim of sexual abuse, of archaic medical treatments, and for decades what he calls ‘the black depression,’ Brown’s story is a harrowing one, but it does have heroes, Brown himself chief among them.

Today Brown lives on Roman Road and is the elder statesman at BowHaven, a mental health charity off Roman Road. There he has fundraised £5,000 to help keep the charity afloat. There Brown has found purpose and companionship, and gained some perspective on an institutionalised life at the former St Clements Hospital on Bow Road.

An East London boy, Brown looks and sounds like a true gent. His manner is gentle, his smile full, and his laugh comes out in a soft congenial wheeze. There is only one thing unusual looking at him. He has rings tattooed on his fingers so he can’t give them away.

‘When they put me in St Clement’s people used to say, “That’s a nice ring,” and I used to give it to them just like that. Gold rings. I thought I’ve got to stop this.’

Brown being sectioned at the age of 23 was a culmination of issues that had been fermenting since he was six years old. It was when he was six, Brown tells us, that he was molested by a man from the church, someone involved in Cub scouts, who then put a knife to his throat. That’s all Brown remembers.

Brown didn’t tell a soul until he was 60. He didn’t keep quiet for his own sake, but for his father’s, at least to begin with.

‘In them days they hanged you for murder. I thought my dad would kill him, and I couldn’t see him going to prison. I think he would have killed him’ Brown says, ‘I used to carry it about with me all the time, I suppose.’

Within a year Brown had developed a stutter, which other school children mocked relentlessly. Brown got into a lot of fights over his stutter. He attended Chisenhale Primary School, where he was regularly hit to ‘correct’ his left-handedness.

When he was 17 he began losing his hair. It was also around that time that he developed an illogical urge to stab his mother. The idea haunted Brown, though he never acted on it. He’s never hurt a soul in his life.

At 23, unable to keep a job down, scared of other people, and fighting compulsions he was ashamed of, Brown tried to take his own life for the first and only time.

He took painkillers and laid on his bed for two hours waiting to die. ‘I said sod this, it’s not going to work. So I phoned up St Martin’s and said the pills aren’t working, what do I do?’ His father came home and he went to hospital to have his stomach pumped.

‘It was weird. A weird feeling.’ Brown’s never been tempted since. ‘That was enough.’

It was also at 23 that Brown spent three months in and out of the St. Clement’s Hospital psychiatric ward in Mile End. There his mental health problems reached fever pitch, with the authorities ill equipped to treat them.

There was a chandelier on the wall and he thought it was the devil. Male nurses clipped him round the ear for trying to lie on his bunk during the daytime.

‘A vicar came to see me and I was in a padded cell. We was talking and something happened where he couldn’t get out. The door wouldn’t open. He shouted out to the male nurse, “In god’s name get me out of here!” ’

Brown laughs at the memory. It is distant past now. He went back regularly for treatment until being discharged two years ago, but it became supplemental to his life working around East London. He had twelve electroshock treatments. ‘They didn’t work at all.’ He’d just go back to work.

Work for Brown often revolved around the rag trade. His father was a rag and bone man and he himself at various rag factories across East London. ‘Some of them were dilapidated buildings. You use to go in in the morning and a brick would fall out of the wall at the top.’ He laughs. ‘It was dangerous.’

He used to cut the clothes up, separate pads on the shoulders, the lining. He would find things in pockets. Rings, silver, watches, medals, wage packets. One time he found £300, another a glass eye in a pocket. He would tear up miners’ coats and find himself covered in coal dust. He would cut up half a ton a day.

Brown enjoys a quiet retirement nowadays, for a quiet potter down the Roman on Saturdays to visit the charity shops, and on Sundays browsing the bric a brac stalls in Brick Lane. He has always enjoyed market life, having tended his fair share of antique stalls across the East End.

The memories seem to please Brown; he smiles often as he recounts them. He smiles a lot for a man who has struggled with mental health for most of his life. ‘It used to be black depression, I called it, and that lasted about forty years.’ Now it comes and goes, softened by medication. Now metal rings cover his ink ones.

We talk in a side room at BowHaven and he speaks freely. The charity, which was formed in 2001, was preceded by a community centre Brown first attended 30 years ago. He has been a regular ever since. As smoking rooms and film nights have given way to art classes and gym space, BowHaven’s day to day activities have found a new generation, but the walls are familiar to Brown. He is comfortable there. Safe. ‘I don’t mind talking about my depression,’ he says.

Brown’s not out of it. He will never be out of it. But he is better than it was. For decades after leaving St Clement’s he would go back regularly and was met with a different psychiatrist each time.

‘My folder was about as thick as that.’ He mimes a ten-inch pile with his hands, chuckling. ‘Must have had one of the thickest folders out of the lot.’

Brown has lived in Bow since around 1982, moving there from Bethnal Green with his parents. Both have now passed on. He has always lived with his parents or by himself. He remembers the year he moved because of the Falklands War. All his life Brown has been interested in the army. ‘I wanted to join the army but I was so nervous, I was just a wreck.’

He collects military memorabilia instead: medals, uniforms, badges. He is most fascinated by the First World War. His grandfather fought in it. ‘I had his medals but my grandmother gave them to me when I was too young.’ Brown sold them. ‘If she gave them to me now I’d be proud to have them.’

Why is he so interested in the army? ‘People have asked me that before. I think it’s how brave they were.

‘A lot of First World War soldiers, what they went through there must have been awful. They shot them for desertion, even if they just couldn’t cope no more, with the noise, no food, the trenches. Then they come out of the army after the war and what did they have to look forward to? There’s no jobs, or houses. The government said you’ll come back and your life will be fit for heroes, but they just came back to unemployment.’

A sense of kinship is obvious as Brown talks about this. He is fighting a kindred war, one of countless shattered minds cast to the fringes. The same is true when he recounts the appalling conditions for the mentally ill in the 1700s. He unhesitatingly talks in terms of ‘us’ and ‘we.’ Their experiences are his and his theirs.

At any given time one in six UK adults is suffering from mental health problems, and severe mental illness rates are on the rise. Conditions are not what they were in the seventeen and eighteen hundreds, but the journey away from them is not complete. Even today nine out of ten people with mental health problems report that they have suffered stigma and discrimination.

An essential part of Brown’s stability in recent years has been BowHaven. He goes almost every day. ‘About fifteen minutes’ walk. It used to be ten minutes but now I’m getting older.’ Other regulars call him the the big cheese, the main man, the Ed honcho. He doesn’t attend the classes anymore, he just tends to his stall.

Five years ago Brown set up a stall that runs out of BowHaven and sells only what people donate. It fills a corner, piled high with clothes and utensils and odds and ends. All books are 50p. He has raised over £5,000 in five years. ‘So it must be good.’

BowHaven lives under constant threat of closure. NHS treatment for mental health is massively underfunded relative to its usage. That’s why charities like BowHaven exists, and why people like Brown fight so hard, in their own modest, remarkable way, to keep it going.

Brown says the strangest donation so far has been twenty pairs of men’s underpants, soiled. ‘They said you’d get a good price for these. He was round the bend.’

Even as we talk BowHaven regulars drop by to donate to the stall, suggesting prices and potential customers for different items. ‘People are so kind bringing me stuff in,’ Brown says. ‘I’ve been going five years, I thought it wouldn’t last six weeks when I first done it.’

Eddie Brown is a man in darkness, but he seems settled there, if not comfortable, and there is a light in him. ‘I’ve always been by myself, I’m a loner I suppose. Don’t need nobody, don’t want nobody’

And yet he comes, and he cares. When I arrived he was sat at the top of the steps outside BowHaven nursing a mug of tea, absorbing the sun, watching Roman Road Market shuffle past. He was back there when I left. The Ed honcho.

BowHaven needs your help. Without donations it won’t be able to carry on providing vital support to the 200 users who rely on the centre every year. Find out more about how you can support it at BowHaven’s website 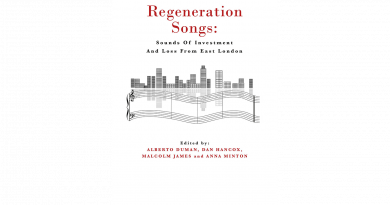 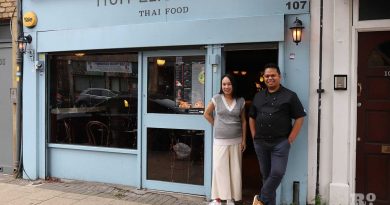 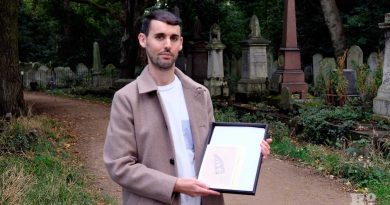