Skip to content
You are here:Home » Mile End tube station: from the NYC subway to eastern extension We delve into the history of Mile End tube station, uncovering personal memories, archive images and unexpected facts about this ever changing stop on the Central line.

The well-known East London tube station takes its name from the A11 Mile End Road and is named after a milestone signifying the point one mile east of the boundary of the City of London. However, in reality the stone’s position was actually closer to Stepney Green than Mile End. Not too far from Tower Hamlets Cemetery Park and Mile End Park, the station is one of the busiest in London, with 25,000 entries recorded on a typical weekday in 2017.

Originally owned by the Whitechapel and Bow Railway (W&BR), it first opened its doors on 2 June 1902. The Metropolitan Railway operated all services until the District Railway introduced its own trains in 1871 and the railway was renamed to the Metropolitan District Railway. The first services were using gas-lit wooden carriages powered by steam locomotives.

On 1 July 1933, the District Railway and the other UERL railways (Underground Electric Railways Company of London group) were merged with the Metropolitan Railway and the capital’s tramway and bus operators to form the London Passenger Transport Board.

The first electrified trains started operating in 1905. District Railway (now the District Line) provided the first services and Metropolitan Line followed in 1936. Metropolitan Line was operating through Mile End station for 52 years until 1988, when this section was renamed to Hammersmith and City Line. 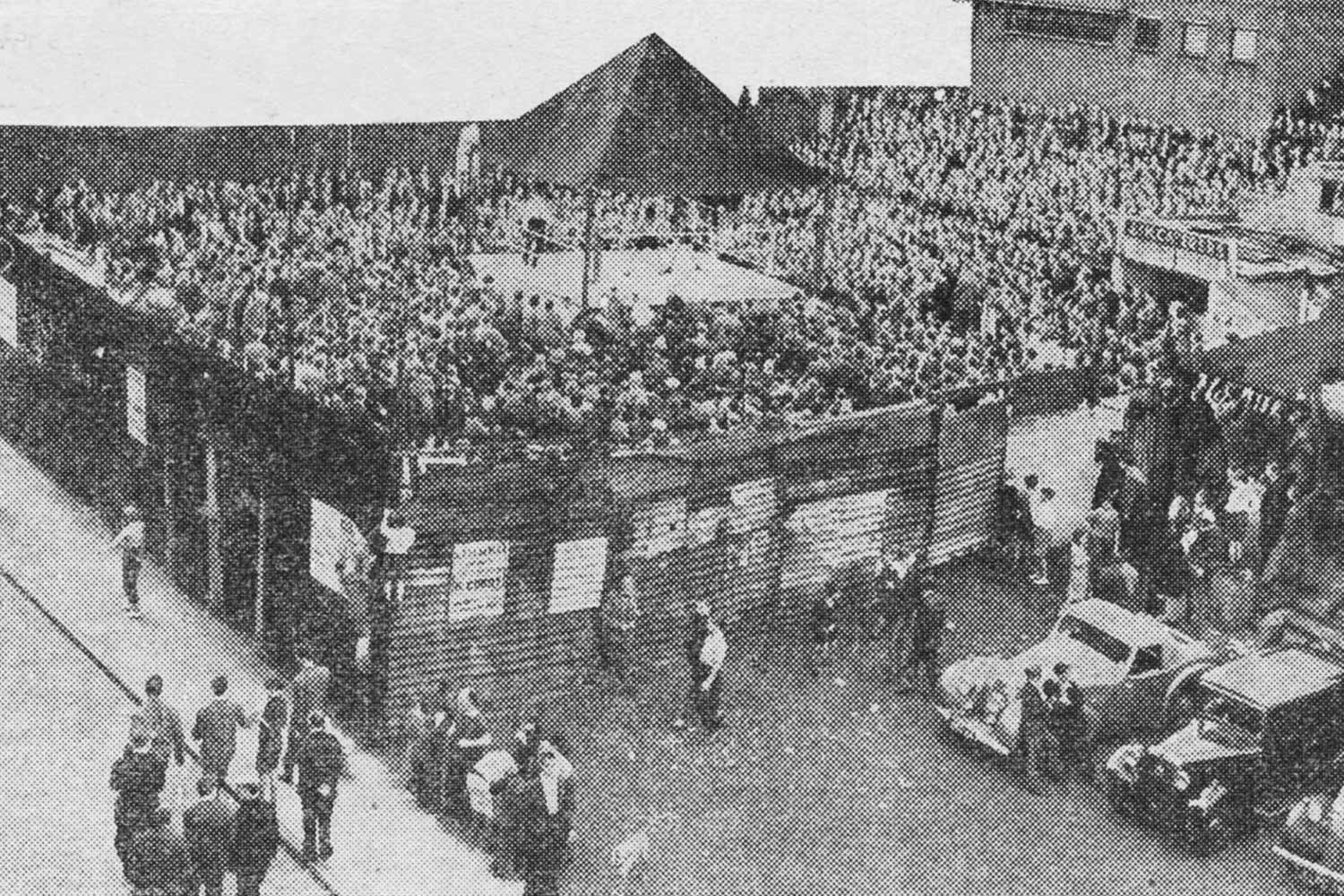 Behind the Mile End tube station, a set of crumbling walls and rickety corrugated iron with a ring covered with a canopy created what was known as the Mile End Arena- a boxing ring that first opened in 1933.

The Arena attracted thousands of people, holding up to 2000 fans in its best years. Kids and teenagers often climbed up the roof of the station or nearby buildings to catch a sight of the fight. Due to its open-air features, the Arena was only used in summer and was often closed when it rained, providing a training ground for the boxers. In fact, British boxing stars of bygone days such as Sammy McCarthy, Eric Boon, Harry Mason, Al Phillips, Arthur and Alf Danahar and Harry and Lew Lazar all boxed at the Arena. The last show was held in September 1953, just as a harsh new 33 per cent live entertainment tax was putting small-time promoters out of business. 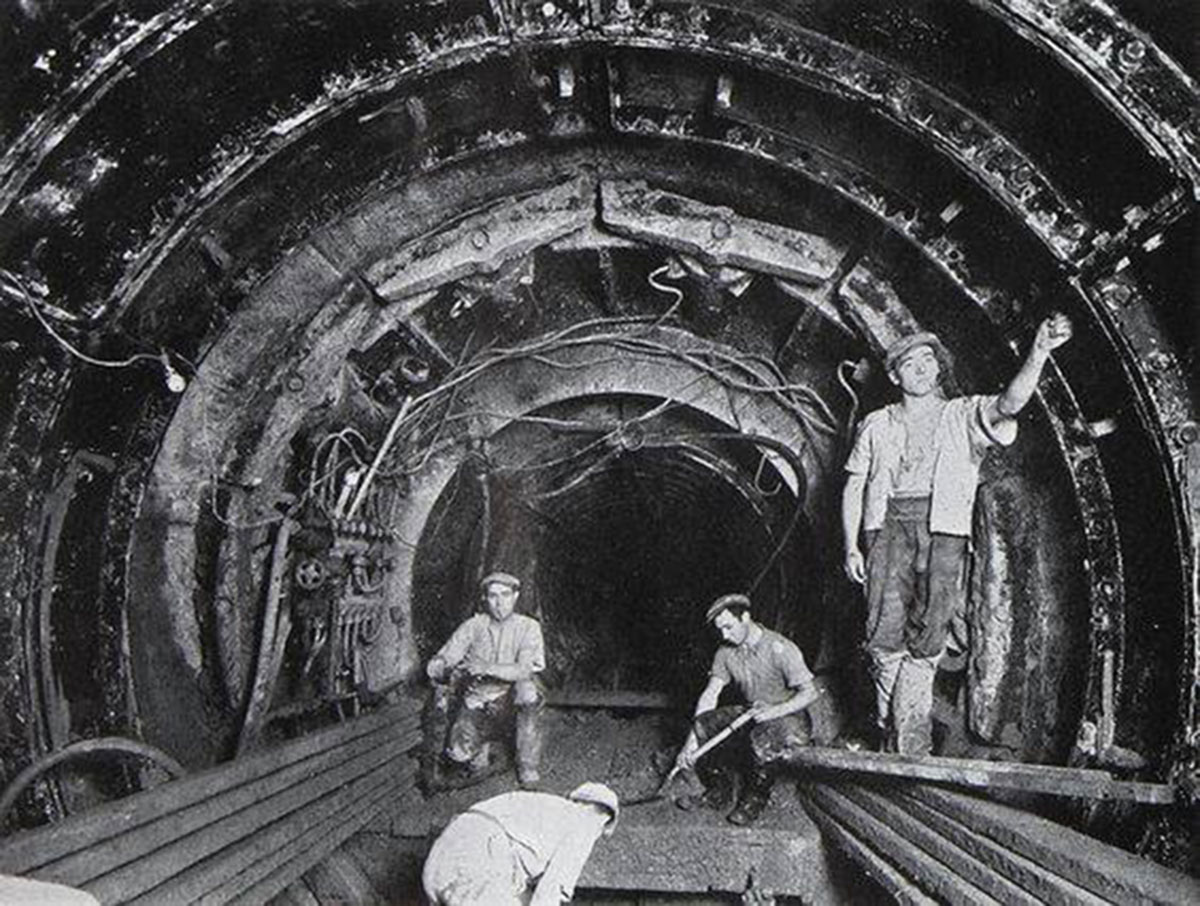 London Transport’s New Works programme was the first big project out of the London Passenger Transport Board created in 1933 when most of London’s public transport was nationalised. It provided extensions to various Underground lines as well as the provision of new, modern trains. Construction work started in the late 1930s but the actual opening of the extension was delayed by Second World War.

At the time before the construction, the Central Line ran east to west under central London, terminating at Liverpool Street station in the east and Ealing Broadway in the west.

The New Works programme suggested the Central Line being extended north-westwards from North Acton to Denham along a rail corridor created by the Great Western Railway, and eastwards over routes then operated by the London and North Eastern Railway (LNER). This has caused two surface-level suburban railways on either side of central London to be linked by a tunnel, opening up a new journey opportunities and faster commute from east to west.

At this point, Mile End station was rebuilt to accommodate the Central Line, expanding from two tracks to four, served by two island platforms. The inner two tracks today are used by the District and Hammersmith & City Lines, while the outer two are for the Central line.

What makes Mile End station so unique is a sub-surface station where cross-platform interchange is available between a tube line and a sub-surface line (in this case between Central Line and District and Hammersmith & City Line). All the other stations on London Underground have tube routes passing under the sub-surface lines, with stairs and escalators linking them.

Following nationalisation, Mile End tube station was passed on to London Underground in 1950.

It might not seem like it at the first glance, but the design of Mile End station is very similar to NYC subway. The four tracks, stairs leading down to the platforms and the section of platform with double rows of square pillars that support the roof of the station are all very similar to NYC subway. In New York, many lines have a pair of tracks dedicated for express services and another pair of tracks for all stations and stopping services.

Apart from casual incidents like people’s scarves and bags being stuck in the train doors or trains being overcrowded and causing minor delays, there have been a few major incidents at Mile End station that are worth remembering.

In November 2009, three passengers were injured by a flying plastic barrier that became loose between two train carriages. Because of the speed of the approaching train and strong wind, the dislocated piece of plastic hit three people in the face, causing one woman to suffer a 5 cm cut in her forehead.

On 5 July 2007 a Central Line train was derailed between Bethnal Green and Mile End tube stations when it hit a roll of fire-resistant blanket, which had been blown out onto the tracks by the strong crosswinds. 520 passengers were trapped below the ground for two hours until they were rescued and escorted from the train by following one another along the tracks to Mile End tube station.

Most of the injuries were caused while walking along the uneven surface in the tunnel. Following the incident, the Central Line was suspended between Liverpool Street and Leytonstone until the end of the following day as a safety investigation was carried out and the derailed train was put back on the tracks.

A hole in the roof of the station can be seen (and felt) when it rains from the Central Line platform, causing conspiracy theories that it has something to do with the speed of the winds and bits flying off trains.

Mile End station is busier than Euston Square and it’s the 51st busiest tube station from all 268 stations across London, busier than either Bethnal Green, or even Whitechapel (though Crossrail is sure to change that).

Weekdays are the busiest in terms of the number of entries. In 2017, 25,000 entries were recorded on Mile End station on a typical weekday.

If you ever wondered why the Central Line reminds you more of a sauna than a transport link, it’s because it’s the busiest line on the Underground. In 2011/12 over 260 million passenger journeys were recorded on the line.

Central Line is also the longest line on the London Underground, serving 49 stations over 46 miles (74 km).

When the Central Line opened in 1884, The Times described it as a ‘form of mild torture, which no person would undergo if he could conveniently help it’.

The only places where the doors of a train open on both sides (where the train doesn’t terminate) are on westbound Central Line trains at Stratford and eastbound District Line trains at Barking. 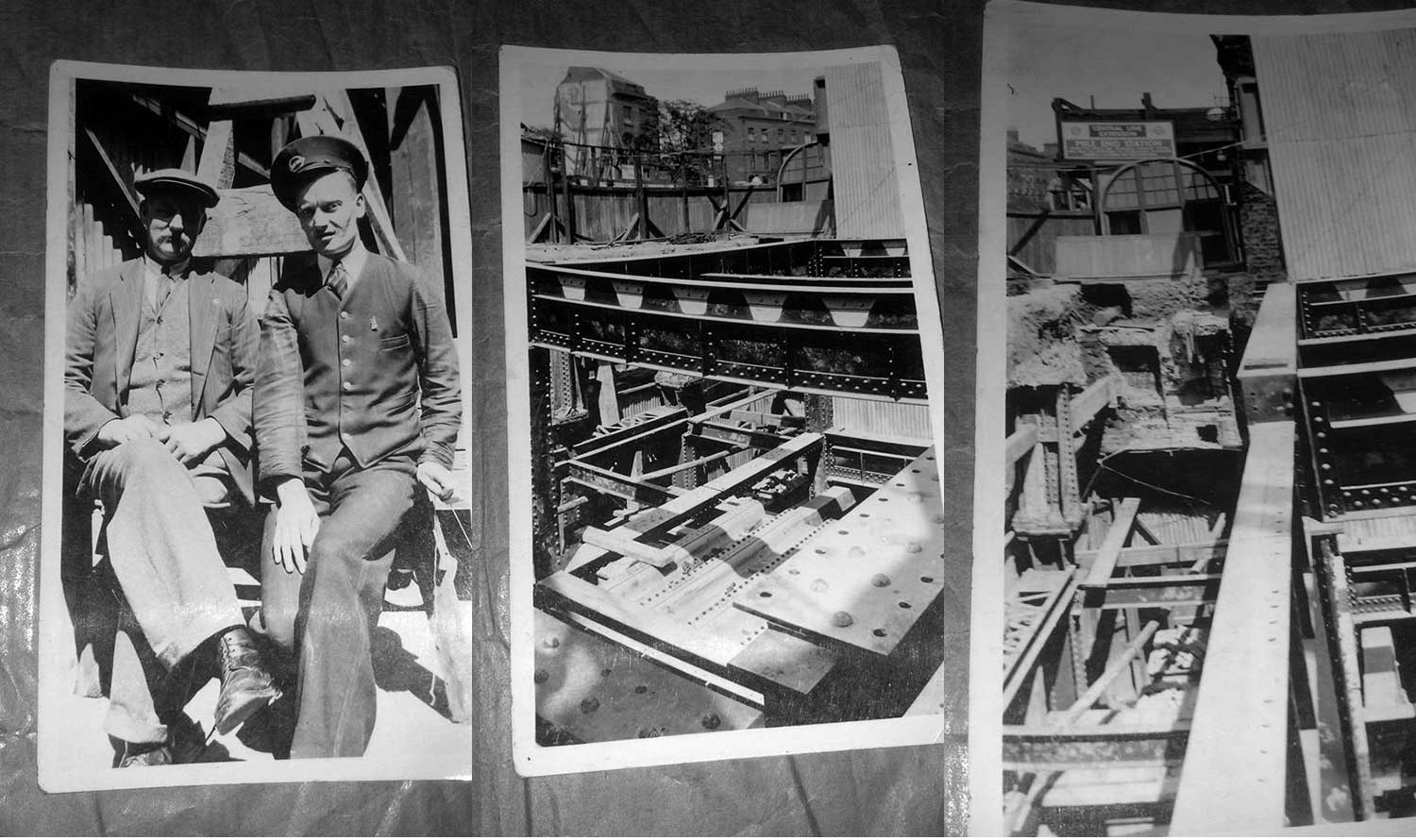 Susan Howard grew up locally and remembers her dad working at Mile End tube station. Here are some family snaps she sent in that provide valuable insights into the social history of our local tube station.

‘My dad worked at London transport as a porter, on tube train and as leading railman (collected thousands of tickets) for 38 years. He stood in for the foreman at times too. As a porter he swept the platforms, assisted passengers which platform to go to, waived at driver at front and rear carriage all clear, so they could close the doors.

He was also in the rear carriage to close the doors, but due to medical needs he had to be stationary, so he became a ticket collector. You’d see him in that first box as you came down the stairs to the trains. He would tell you which platform to get your tube from and where to change trains. In terms of people exiting the station he was in charge of collecting the tickets, checking the right fare paid and telling you how much you owed. If you didn’t have a ticket he would collect the fare from you.

My dad passed away on 1993, aged 83. Sometimes I got through for free and we did get reduced fares on British Rail. Me and my family traveled cheaply for vacations, even the train up Mount Snowdon in Wales was reduced fare.The central line was added 1946, which is right with those pics, as war ended in 1945 and my dad went back to work when he came home.’ 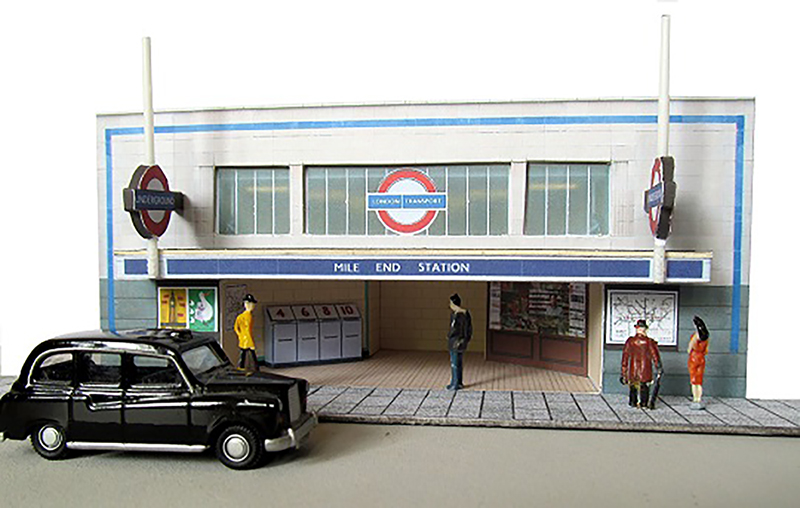 If you enjoyed this piece, you may enjoy our pieces on the history of Roman Road Market and Fish Island. 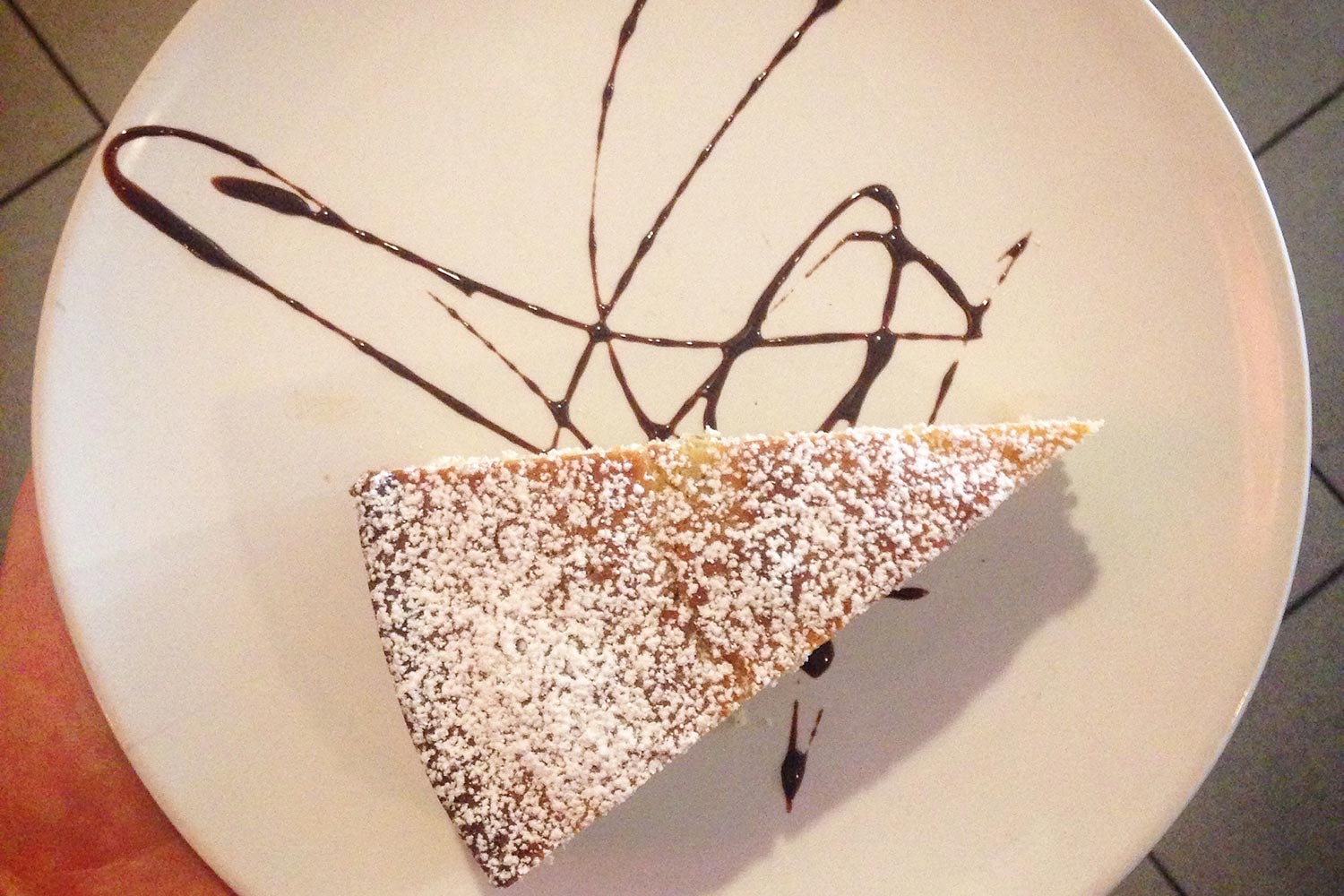 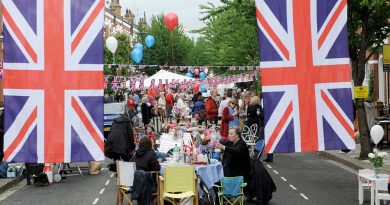 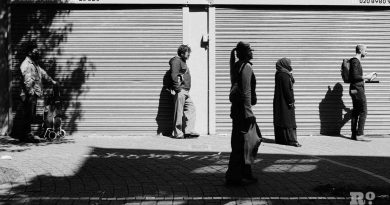 2 thoughts on “Mile End tube station: from the NYC subway to eastern extension”