Skip to content
You are here:Home » Modern Cockneys: the new generation of famous Cockney people true to the East End’s sparky spirit 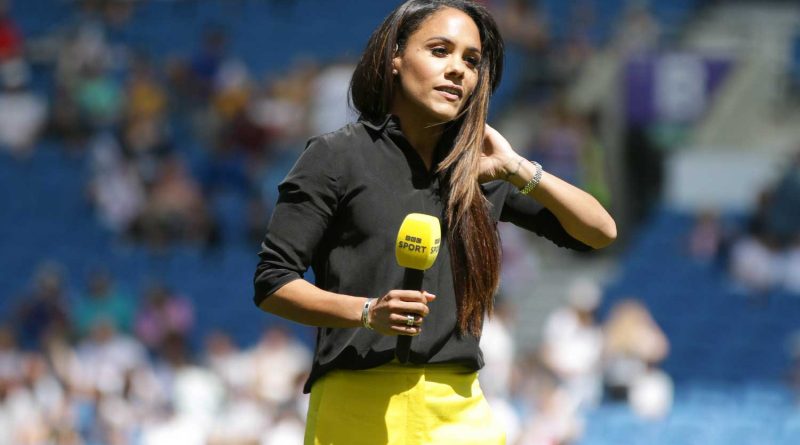 Some say that Cockneys are a dying breed but a new generation of modern Cockneys is showing that the spirit of the real East Ender is simply evolving.

The Cockney dialect has been broadcast on our screens since moving-pictures began, its glottal stops and rhyming slang a hallmark of London’s working class culture and most commonly associated with the East End of London.

While the first generation of celebrities to put the Cockney accent on the silver screen were fictitious – think Eliza Doolittle in My Fair Lady and the questionable rendition given by American actor Dick van Dyke in Mary Poppins – genuine Cockneys soon made it onto the big screen.

From Barbara Windsor’s cries of ‘get outta my pub!’ to Michael Caine’s oft-quoted incredulous yell of ‘you were only supposed to blow the bloody doors off!’, it was these East Enders (born in Bethnal Green and Rotherhithe respectively) who encapsulated the riotous Cockney spirit and put our area on the map for the world to see.

Your Cockney radar may also have picked up on Len Goodman’s Cockney twangs and dropped h’s when bellowing at contestants of Strictly Come Dancing as judge of BBC 1’s long-running celebrity dance contest. The professional dancer came from humble beginnings, having been brought up in the Cockney heartlands of Bethnal Green, living with his grandparents in a two-up, two-down house close to the tube station.

When asked which East End celebrities are keeping the Cockney culture alive, a number of our readers mentioned the actor, politician and human rights activist, Michael Cashman.

Though his accent no longer reveals much of his East London roots, Cashman was born into a family of dockworkers in the East End and still lives in Limehouse today. He has been awarded a CBE for his political services and was even made a Baron, but Cashman initially made history when his character on EastEnders became the first to have a gay kiss on screen in a British soap opera, causing much controversy in the press at the time.

While some East Enders will never forgive Micky Flanagan for moving south of the river to East Dulwich, he is widely considered the ‘Cockney geezer’ of comedy, famous for coining the phrase ‘going out out’. Born and bred in Whitechapel and having even worked at Billingsgate Fish Market as a boy, Flanagan’s Cockney identity shows itself in his cheeky-chappy demeanour just as much as his accent.

And yet, contrary to its popular portrayal, Cockney isn’t just how it looks on the telly.

EastEnders star Danny Dyer is perhaps the Marmite of Cockney culture, with some branding him ‘the most Cockney man in the world,’ and others seeing his performance of Mick Carter as pastiche and inauthentic.

According to Saif Osmani of the Bengali East End Heritage Society and organiser of Cockney Cultures Month: ‘Cockney has been backed into this corner of rhyming slang and caricatured people.

‘The media often portrays the stereotype of a white male working class monolith, but Cockney has always been a much more diverse identity, encompassing Jewish, Afro-Carribean, Polish and many other communities.’

Osmani is at the forefront of the movement to protect and grow London’s vibrant Cockney self-identity, fighting against the broader trend of declining regional accents across the UK.

So what will happen when the Cockney old guard disappears from our screens? Which East End celebrities will keep our unique East End culture alive for the next generation?

While you can bet that most young East Londoners probably don’t know their Commodores from their Bobby Moores, Cockney has always been more than just a dialect, defined just as much by its cheeky, unapologetic and resourceful attitude.

As whole communities have transplanted their Cockney cooking, culture and dialect further east down the Thames, the Essex accent has borrowed more and more sayings, quips and words from its East London neighbour, and has lent a new sound to the Cockney patter, popularised by modern television shows like The Only Way is Essex aka. TOWIE.

Essex-born Stacey Solomon first appeared on our screens in 2019 when she auditioned for The X-Factor, and though her roots lie in Dagenham, the nation’s much-loved Queen of the Jungle has been embraced by the Cockney community. Afterall, it takes the good-humoured grit and determination of an East Ender to be crowned the winner of ITV’s I’m a Celebrity… Get Me Out of Here!

Switching the channel to BBC Sport, you will find another modern Cockney ambassador in the form of Alex Scott, former footballer and sports presenter who was born and raised in Poplar. Succeeding in the male dominated worlds of football and sports presenting, its clear that Scott has no trouble standing up for herself, which is a characteristic shared by many of our East End female icons.

The former England football player made this overtly clear when a member of the House of Lords criticized Scott’s Olympic coverage, attacking her ‘very noticeable inability to pronounce her ‘g’s at the end of a word,’ adding: ‘Competitors are NOT taking part, Alex, in the fencin, rowin, boxin, kayakin, weightliftin & swimmin … can’t someone give these people elocution lessons?’

In response, Scott Tweeted: ‘I’m from a working-class family in East London, Poplar, Tower Hamlets and I am PROUD. Proud of the young girl who overcame obstacles, and proud of my accent! It’s me, it’s my journey, my grit.’

Growing up alongside Scott in Tower Hamlets Ricky Norwood, aka. Fatboy from EastEnders, attended theatre school at Theatre Royal in Stratford East, gracing the very same stage that saw the likes of Barbara Windsor and Joan Littlewood before him.

Though not nearly as striking as Windsor or Caine’s unmistakable old-school Cockney dialect, Norwood’s modern London accent marks the evolution of Cockney which is shaped by each group of people moving to our East End.

Throughout time Cockney has borrowed words from Yiddish, nabbed sayings from Romani, and even invented its own – sometimes nonsensical – rhyming slang for market traders to confuse customers, and for gangsters to evade the police.

As with all dialects, the evolution of Cockney will continue with every new influx of people moving in and out of the area, but if there’s one thing that’s here to stay, it’s the East End’s determination and grit, the true essence of our Cockney culture.

If you enjoyed this article, read our piece about back slang, rhyming slang’s lesser-known cousin. 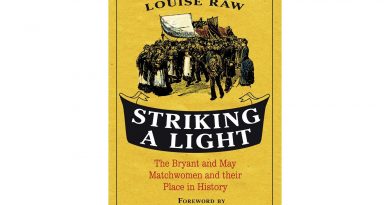 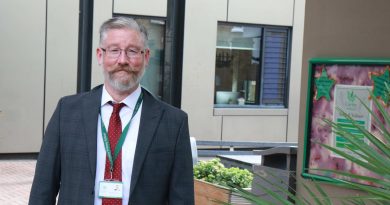 Local schoolchildren will suffer if bills soar by 400% 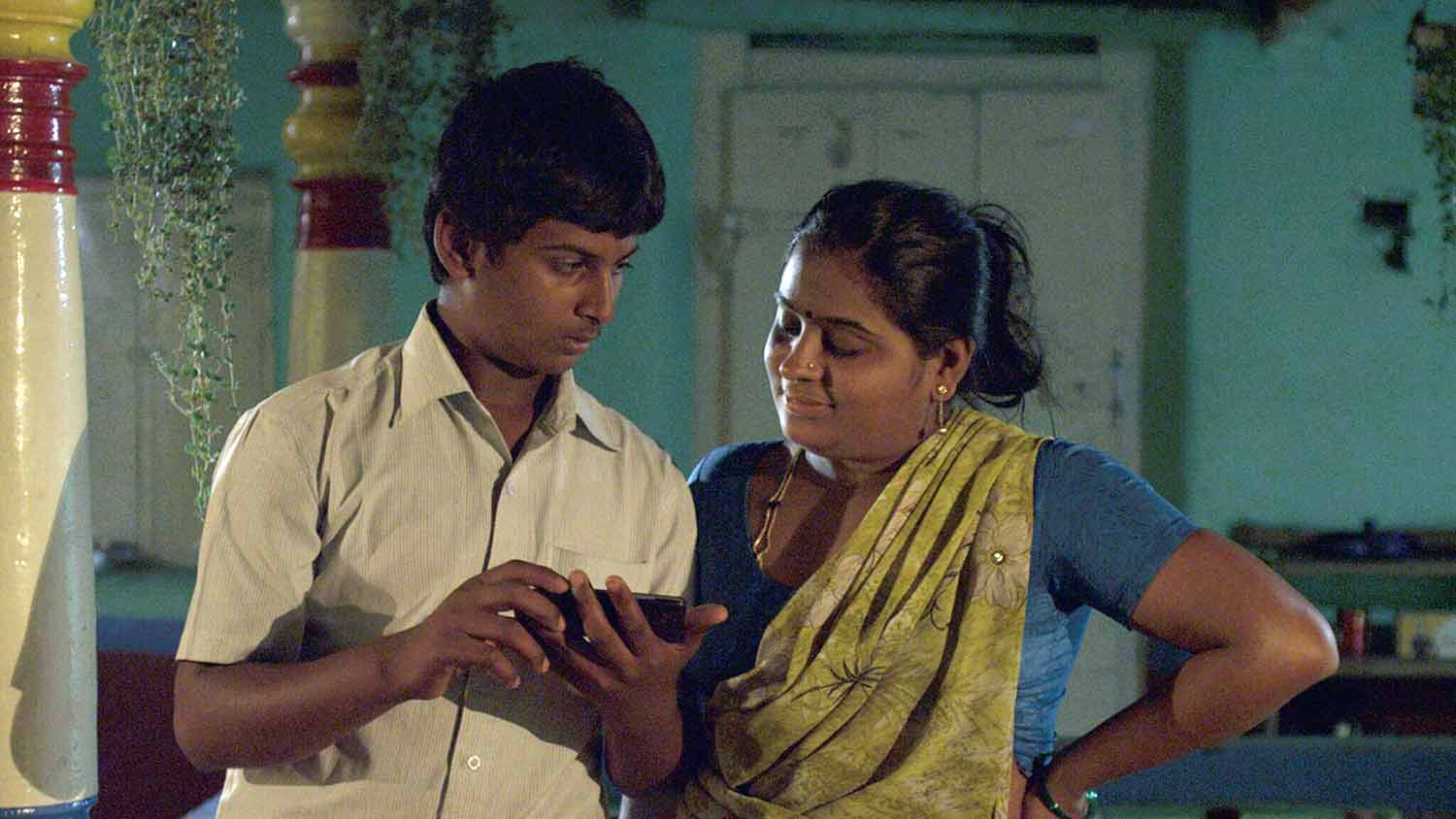