Skip to content
You are here:Home » Out of the Ashes by Vicky Newham book review 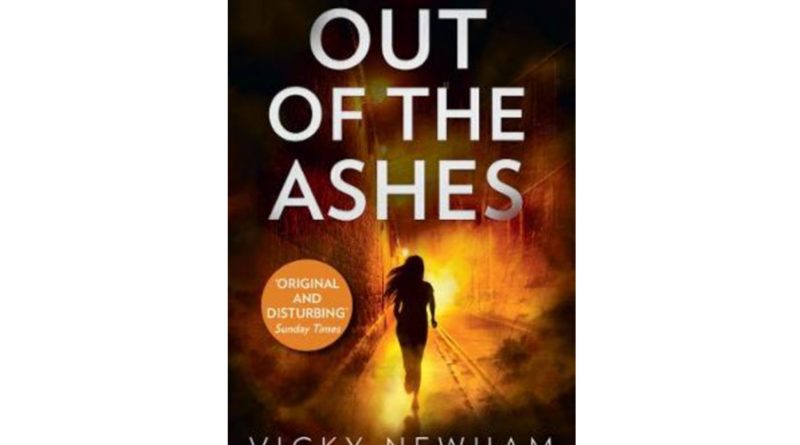 ‘Out of the Ashes’ by Vicky Newham is the second in the psychologist-turned-writer’s series of police procedurals set in East London and featuring Detective Inspector Maya Rahman. The first book established much of Rahman’s back story, but it continues to play an important part in the second.

Rahman is the child of Bangladeshi parents and grew up in poverty on Brick Lane. Her parents’ marriage was unhappy and ended when Rahman’s adored father went missing and was assumed to be dead. Rahman is also haunted by the memory of her brother, who killed himself when the pressure of reconciling his homosexuality with his traditional upbringing became too great.

The action of the novel also takes place in Brick Lane, when an apparently spontaneous flash mob of masked teenagers dancing in the street ends in death and violence when a restaurant run by a Lithuanian couple is set on fire.

The owner, Simas Gudelis, is killed in the blaze and so is a woman found in bed with him, whose body cannot be identified. The victim’s wife, Indra, finds out he is dead when she returns from the spa where she had been celebrating her pregnancy with her sister Marta.

Rahman rescues an older Jewish woman, Rosa Feldman, who runs an old-fashioned newsagents on the street and is taken ill with smoke inhalation after the fire. She remembers the Feldman family from her childhood as they were friends of her parents, and their story is strongly intertwined with the mystery surrounding her father. She is also reunited with Tomasz Feldman, Rosa’s son, who runs a champagne bar in the area, and is trying to persuade his elderly mother to move out of the family shop and retire.

As in Newham’s previous novel, there is a dizzying array of potential suspects for the murder and the action moves very swiftly as the body count multiplies. Rahman and her Australian partner Dan Maguire have various investigative avenues to explore from the beginning: the flash mobs, which are ostensibly about gentrification are, in fact, a front for drug dealing and organised crime, Gudelis’ brother Artem, who runs a seedy local nightclub, and Indra whose relationship with her husband turns out to have been far from perfect.

The thriller explores various themes, but perhaps the one that is most central is immigration and its impact on the East End historically and today. One of the youngest children involved in the flash mob, ten-year-old Ali, turns out to be a homeless illegal immigrant who is being slowly sucked into a life of crime for want of an alternative.

Rosa Feldman is a Jewish refugee who made her home and livelihood in East London after escaping the Nazis but is now adrift in the constantly changing community around her on Brick Lane. Rahman’s own mother never adapted to life in the UK, but as Rahman follows clues about her own past that she discovers through the Feldman family, she realises that perhaps her father was the opposite and rejected much of his own past. These different storylines interweave to form a detailed picture of how tough life in a new country can be.

Another intriguing theme is that of gentrification. Characters living in a run-down squat on a Stepney housing estate are only a short distance away from expensive new-build apartments. The flash mobs only use gentrification as a pretext for crime, but the reality of gentrification affects most of the characters in the book. It poses the question: is change inevitable in the East End? Who benefits from it, and who is left behind?

The revelation as to who committed the crimes in the novel will almost certainly come as a surprise to the reader but what is absolutely certain is that this thought-provoking and exciting police procedural will keep them thinking along the way.

If you enjoyed this review, take a read of our review of Vicky Newham’s debut murder mystery, ‘Turn a Blind Eye’. 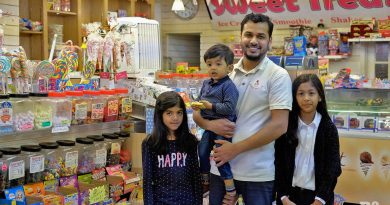 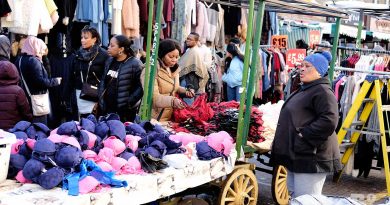 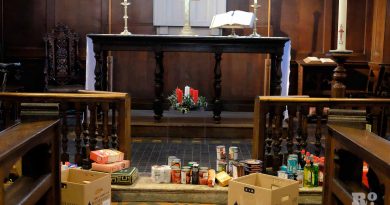