Skip to content
You are here:Home » Ten years of the Olympic Park: were promises met?

We look back at the impact the Queen Elizabeth Olympic Park has had on the East End, on its tenth year anniversary.

What was once a humble community situated on a hill of reclaimed landfill, is now a world-class quarter for the arts, culture, business and innovation. The £456 million Olympic Park has developed and changed over the years, with the promise of improving its surrounding East London area. Has it succeeded?

The Queen Elizabeth Olympic Park took four years and eighty thousand workers to construct. But even after the 2012 Olympics Games ended, the makeover didn’t stop there. Further projects have been undertaken over the years, including the addition of almost three thousand homes, the new Westfield shopping centre, and the London Stadium now home of West Ham United.

However, the project brought a lot of controversy among local residents. For the construction to go ahead, the previously named Clays Lane had to be demolished. It was once the largest residential co-operative site in Europe, with 450 tenants living there, before they were evicted and the site torn down.

The area was also the manufacturing engine of London, with a maze of industrial and light work warehouses creating everything from furniture and fashion to metalwork and tiling. All were moved out too using Compulsory Purchase Orders that, owners argued, did not compensate them adequately. As expected, this didn’t go down well.

That is not all. After it was built, the park received much criticism for its road system, designed to ferry large numbers of contestants as quickly as possible during the Olympic Games but with little or no dedicated infrastructure for pedestrians or cyclists. Many local people also missed the park’s homely feel of local houses, which had been replaced by fully furnished, modernised flats.

The development of the park promised a number of things; to promote the undeveloped East London area, to showcase the park and contribute to its unique identity and maintain sustainable development. It also promised to engage local communities in and around the park and advance arts and culture, education and skills for locals. Has this been done?

The arrival of the games certainly attracted inward investment in its run-up, with local councils eager to tidy up the area ahead of millions of visitors. In 2010 the National Lottery Big Lottery Fund awarded the London Borough of Tower Hamlets a £4.5 million grant towards a £12 million Council-funded programme of major improvements to Victoria Park. This gave us the Hub Cafe, the skate park and other sports facilities in the eastern part of the park as well as the restoration of the Chinese Pagoda and Coutts Fountain.

Without the Olympics there would be no Westfield Shopping Centre; no velodrome with its one-mile road circuit; no Anish Kapoor sculpture; no Aquatics Centre by legendary female architect Zaha Hadid; no swaths of ground-breaking naturalistic perennial planting (a tourist attraction in its own right), and no London Stadium providing an enviable home for our very own West Ham United.

But as the London Legacy Development Corporation prepares to wind-up, what legacy has been left? The transformation of the area has certainly brought new life to Stratford, bringing in jobs, tourism and funding. The Olympic Park has created 50,000 jobs in the first five years of its opening, just in the Tower Hamlets area alone, and it has certainly attracted high profile sporting events to the area.

The park has seen the 2013 Grand Prix athletics event, the 2014 Tour de France and the 2015 European Hockey championships as well as many other sporting events. Just a few weeks ago, the London Stadium at the Olympic Park held the 2022 Soccer Aid match, where over £15 million was raised for UNICEF’s work with children.

Upon its construction, the park also announced The Legacy List, a charity set up in 2011 to support the legacy of the games. The charity pledged to make creative connections between people and the park, through developing and commissioning art, education and skill building initiatives. It has done so, through the work it has done with local businesses to provide opportunities for younger generations. More than £3 million has been awarded to 47 local community projects in the last five years, in order to support the local area.

And of course LLDC has established a new culture quarter for East London and we are yet to see the benefits of this. Still under construction, East Bank will be home to the BBC Concert Orchestra, London College of Fashion, University College London, V&A and Sadlers Well. These cultural centres are sure to provide further opportunities for the community – as well as world-class entertainment within walking distance for lucky locals.

It is now coming up to the ten-year anniversary of the park and to celebrate the QEOP is putting on a programme of events, including an exhibition at the Velodrome looking at iconic moments over the last 10 years, culminating in the the Great Get Together – a weekend of outdoor entertainment on the 23rd and 24th of July.

Like most regeneration projects the development of the area for the Olympic Games 2012 brought controversy but it has also transformed our area forever. The question is, for better or worse?

If you liked this article, then read our piece the ‘Bird’ and ‘Skyscraper’ sculptures in Victoria Park. 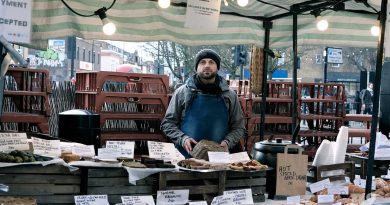 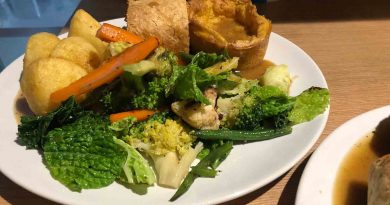