Skip to content
You are here:Home » The grassroots campaigns for and against Liveable Streets 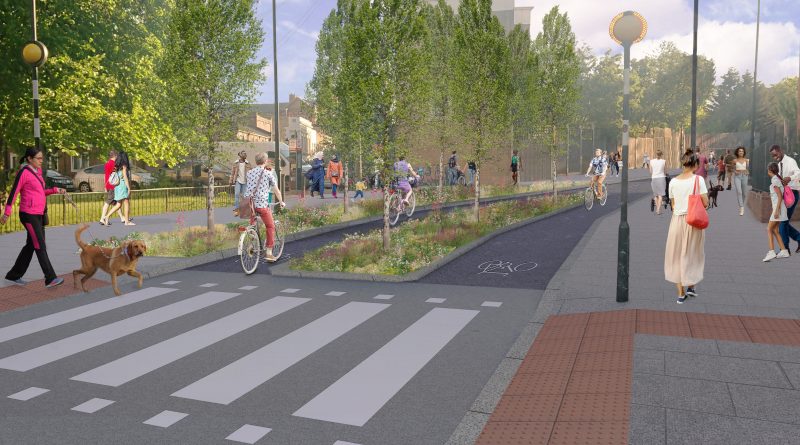 Update Wednesday 25 November: Community consultations for the Liveable Streets programme have now concluded and the results of those consultations and recommended plans are now available to read here.

After the council opened its ‘Liveable Streets’ proposal for public feedback at the beginning of July, the community has been abuzz with differing opinions.

The council’s plans target seven ‘scheme area proposals’ to limit the 33,000 motorised journeys that pass through the Bow area daily, with the aim of reducing air pollution and promoting road safety. Among these plans include the pedestrianisation of Roman Road Market, the closure of Old Ford road at Skew Bridge and the restriction of traffic down St Stephen’s Road by means of a bus gate.

Shortly after the public announcement, Facebook groups in favour of and against the Liveable Streets project sprang up overnight in which residents have been sharing their views on the council’s bold new plans for Bow.

Liveable Streets has prompted lively debate within the communities with strong views on both sides of the argument. One common thread unites them – local residents clearly care about their community and want a say in how its streets are designed.

With so many different angles to the debate, we took a look at two of the main residents’ campaigns: ‘Tower Hamlets Residents Against the Liveable Streets program’ and ‘Let Bow Breathe’.

‘Tower Hamlets Residents Against the Liveable Streets program’ has, at the time of publication, 1,043 members in their Facebook group. For those not online, they have circulated a printed petition that opposes all of the Liveable Streets’ propositions. So far, this petition has 400 signatures, gathered in just three hours last Saturday.

They have also set up their petition online through Tower Hamlets Council, but have reported that it is taking longer than the 10 days initially stated by the council to get it verified.

While the 1000-odd members in the group will undoubtedly have varied reasons for disapproving of the council’s proposals, they collectively agree on key issues.

Kerry Sweetman (41), one of the Facebooks group’s moderators, explains they are very worried that the ‘traffic will not be reduced with these measures, just pushed elsewhere in the surrounding area; it’s impossible to get rid of the traffic that comes through here, being so close to the motorway, Blackwall and Rotherhithe tunnels.’

He goes on to explain that the majority of the roads that will be closed under Liveable Streets are home to some of the borough’s most expensive houses so would directly benefit them, whereas the streets that will be left untouched have a lot of social housing, so they will continue to have large volumes of traffic passing through and will suffer far more.

In response to the Council’s findings that 49% of the daily 33,000 vehicular journeys in Bow are not made by resident, Carlton Boulter, another member of the group, says it ‘shows that the main problem is commuters, so really we should be using technology to stop these journeys, rather than preventing residents and key workers from accessing the streets as well as poorer families who can’t afford to shop locally and have to drive outside of the immediate area to do large shops’.

The group believes that stopping commuters instead of residents is key. Boulter wants to ‘encourage more electric vehicle usage and car-sharing hire schemes’ that would make things easier for residents and would not adversely affect local businesses who would become less accessible to cars.

He also adds that the pandemic has changed our behavioural patterns so that ‘more people are working from home, which will reduce road traffic anyway’; these factors in themselves would help mitigate busy roads without the need of the Liveable Streets program.

Sweetman is most concerned about the pedestrianisation of Roman Road. ‘My mother and I are disabled and without access to the market, we won’t be able to shop there or use their amenities’, he explains.

Having spoken to other members in the group, Sweetman notes that many people are in a similar situation; they, too, rely on their cars and being able to park closeby to the market to shop there.

A key concern for Boulter is how the council have developed these plans, which in his eyes ‘need to be more democratic with widespread consultation to develop ideas’.

The open consultation that the council has implemented is flawed, they argue. Boulter says that ‘early interaction from the council was very one-sided and lobby groups who were already in favour of Liveable Streets were involved in the development of the plans, rather than the local community’.

With the Council now handing out feedback forms to the community, Boulter has found some issues here too. The group’s moderators have been encouraging members to fill out these forms but many of these documents ‘have been dumped on the ground floors of tower blocks so can be easily removed. Lots of houses have had no deliveries and only one form is allocated to each household’.

Overall, the aim of ‘Tower Hamlets Residents Against the Liveable Streets program’ is to have in place ‘modern systems and solutions that suit the whole community, not just the few that can afford them’.

On the other side of the argument is ‘Let Bow Breathe’, a group that started their platform several months ago.

‘Let Bow Breathe’ is a slogan used by anyone who supports the Liveable Streets scheme in Bow. They are also not an official organisation, but a group of residents who feel passionately about how they want their streets to be used. Their Facebook page is currently followed by 182 people and their Twitter has 128 followers.

They are in favour of all seven of the council’s scheme area proposals. They want ‘safer, quieter, greener and healthier streets for everyone in Bow.’  They note that ‘‘if one scheme is not implemented, it risks alienating parts of the community and failing to put an end to the “rat run” journeys’ that the proposals seek to eradicate.

Both groups agree that Bow’s streets are not designed for the number of car journeys that we see today. Representatives from Let Bow Breathe point out that ‘two thirds of households in Tower Hamlets don’t own a car or van, but still we are expected to endure the problems created by motor traffic we mostly don’t contribute to’.

While Tower Hamlets Residents Against the Liveable Streets program think the Council’s plans will reduce mobility, Let Bow Breathe believe the opposite. ‘Buses will be able to get through the roads quicker, without long queues on Tredegar and Roman Road. These changes are vital for making it easier for everyone, but especially people with limited mobility – many of whom rely on buses and are affected by the dangerous inaccessibility of certain spaces to get around’.

The plans themselves indicate that every address will still be accessible too, but the rat-run route through Bow’s streets from the A12 to the City will be blocked off, reducing traffic.

‘Let Bow Breathe’ believes that Liveable Streets will benefit the high street. At the moment ‘Roman Road is too clogged by traffic by day and abused by speeding vehicles at night. There are plenty of cafes that could attract more customers if it was a nicer place to be, which similar successful schemes on other roads indicate.’

The opposing argument is worried that traffic will be pushed elsewhere, but ‘Let Bow Breathe’ say that from looking at other similar schemes – such as in Hackney and Lambeth – this is not what happens. In these studies, ‘some local journeys become quicker and nicer by foot or bike, and there is only a small increase in traffic on main roads around the edges of the area’, they explain.

Journey times could increase, but only by a few minutes and according to them, the benefits of cleaner air, safer roads, new trees and better pedestrian crossings would be worth it.

Matt Rowley, a supporter of Liveable Streets and ‘Let Bow Breathe’, commented ‘I’ve lived in Bow for the last 10 years. I love it here; Vicky Park, Roman Road, the canals, the buzz of the place and the wonderful diversity, it’s brilliant and it’s my home. I think Liveable Streets will just make it even better’.

They are encouraging those who are in favour of Liveable Streets to remember to show their support.

Let Bow Breathe have stated: ‘this is our one chance to make Bow more liveable. This proposal is the culmination of years of engagement with councillors, businesses, residents, disability groups, transport planners and TfL. Let’s not waste it. This will only go ahead if the consultation shows that people want it. Don’t just assume it will pass anyway – take 5 minutes to fill in the form today.’

With the open consultation closing on the 29 July, 2020, it is important that everyone has their say on the proposals.

You can join the Tower Hamlets Residents Against the Liveable Streets program on Facebook and follow the Let Bow Breathe page to learn more about their stances.

Both groups encourage local people to fill out the Council’s official survey before the deadline of July 29th. 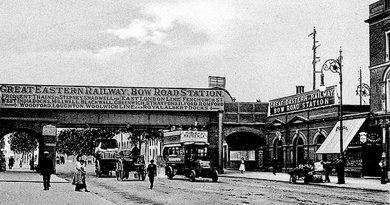 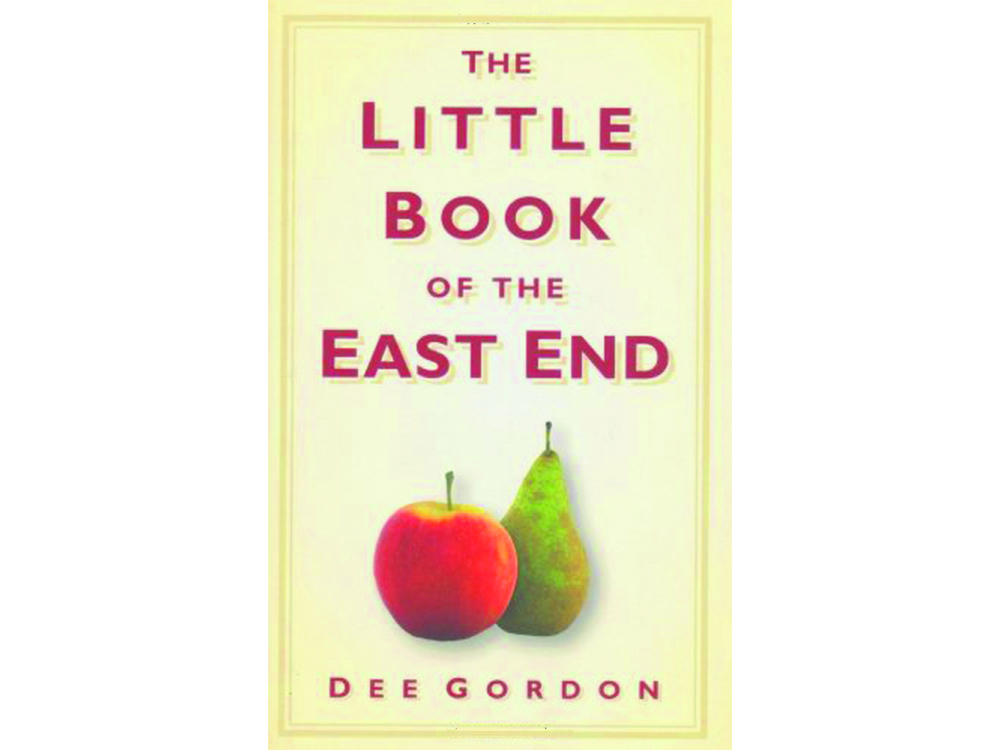 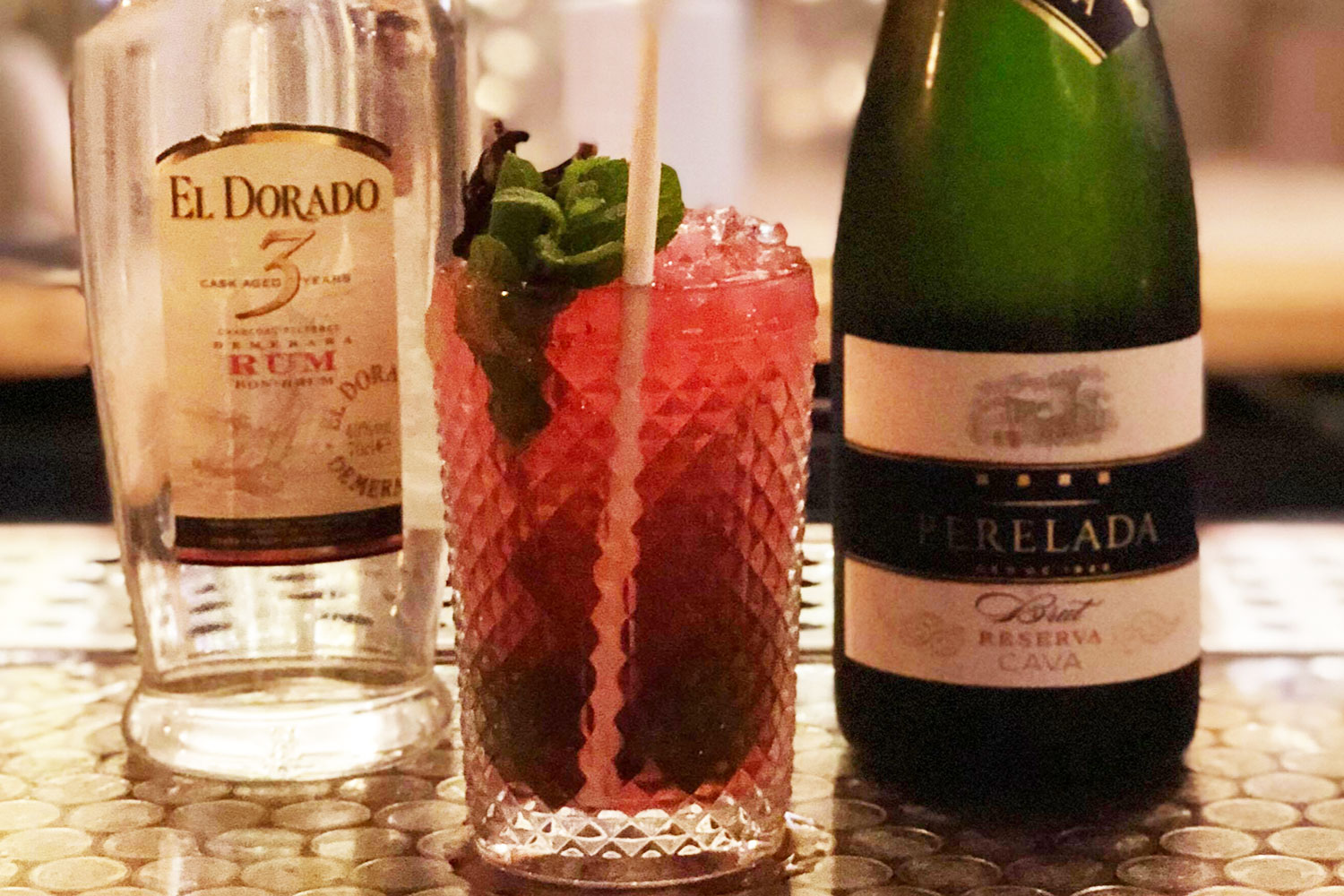 Chiringuito’s signature cocktail – the Chirinjito – a Mojito with a twist

5 thoughts on “The grassroots campaigns for and against Liveable Streets”