Skip to content
You are here:Home » The foraging craze comes to Tower Hamlets Cemetery Park 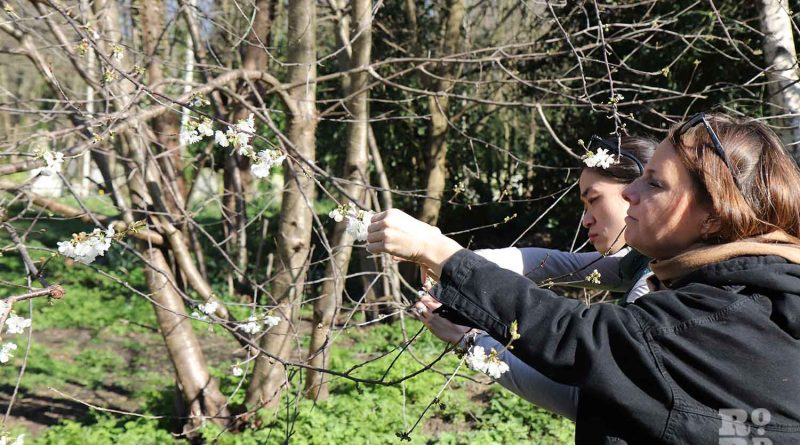 From plants that sound like potions, to petals for your pesto, immerse yourself in the world of wild food foraging inner-city style.

The East End boasts a great number of things: leafy Victoria Park; dreamy Hertford Union Canal; some of the best pubs in London, and, gems of Georgian and Victorian townhouses.

And now, it can boast to be a new destination for the craze for wild foraging. Yes, you read that correctly, wild foraging in the heart of the East End, albeit in the fittingly untamed Tower Hamlets Cemetery Park.

Foraging, the act of gathering wild food, is a custom that we humans have practiced for 95 percent of our time on earth. Given we have walked this planet for at least 200,000 years, it means we have foraged for food for 190,000 of that. This ancient skill, however, has enjoyed a renaissance in the 21st century.

Helped by the desire to lead a more sustainable life, and younger generations’ love for #cottagecore, a lifestyle that celebrates simple living, if done responsibly, foraging can supplement our diet in an ethical and sustainable way.

The pandemic also granted foraging yet another surge as it allowed us the time and space to reconnect with nature and rediscover not only its physical and mental benefits but also its nutritional value.

The google search term ‘foraging’ has seen a steady increase over the past five years, peaking in September 2020, while ‘wild foraging’ peaked in April 2020 and again in spring and summer last year. More locally, on the neighbourhood app Nextdoor, the group ‘East End Foraging’ was set up in September 2021. To date, it has amassed over a hundred members.

So, what is foraging’s core appeal? To find out, I took part in Tower Hamlets Cemetery Park’s food foraging course, led by the park’s eminently knowledgeable manager Kenneth Greenway.

Greenway is the cool teacher you wished you’d had at school; he teaches his subject with passion but is not a know-it-all; he delivers important messaging (mainly on plant toxicity) but never wags his finger, and he encourages experimentation but never pushes.

Just before our eager group of 15 people, aged between 20 to 70, set off on our foraging paths, Greenway delivered a memorable, and potentially lifesaving, one-liner: ‘Never munch on a hunch.’ All plants, he reminds us, can be eaten, but some can only be eaten once. Our heads nodded in sync.

It is clear from the get-go that foraging takes commitment. It takes time to build up knowledge of plants’ seasonal cycles, characteristics, and edibility. Especially for the latter two, you can’t afford to be duped; plant mimicry is rife, and a mistake can be deadly.

One of the first plants Greenway took us to was cow parsley, a member of the carrot family. Its delicate white lace flower head crowns the larger fern-like leaves below. Its stalk can be eaten raw but only after its outer layer has been peeled back, like a banana skin, to reveal a translucent green celery-like stalk. It also tastes like celery, but is more delicate and its texture is not as fibrous or crunchy.

But, as Greenway warned, cow parsley looks unnervingly like its toxic cousin hemlock. So, if you want to avoid muscle pain, trembling, convulsions, and respiratory failure, then be confident that you know your cow parsley from your hemlock.

Such serious aspects, however, were a small side dish to the excitement of discovering weird and wonderful wild food while the hum of city life carried on around us.

The everyday dandelion is an entry-level plant for newbie foragers. Its sunny yellow petals can be added for a splash of colour to a leafy green salad or add decorative joy on cakes. The flower can be deep-fried and eaten like tempura vegetables.

Similarly, primroses’ lightly pastel yellow flower makes a beautiful cake decoration while the dainty wild rocket could add kapow to a lunchtime salad or be blitzed into a punchy pesto.

I even ate four stinging nettle leaves. The last time I encountered these prickly plants, I was kindly bequeathed a glorious red rash on my right leg. But, with Greenway’s guidance, the group learnt a nifty technique: pluck the nettle’s leaves from its stalk with firm purpose and fold them like paper. By doing that, you’ll not sting your lips, tongue or inner-cheek and you’ll be rewarded with a wonderfully concentrated taste of a runner bean.

Foraging sets off a sense of thrill; it gives you great licence to be adventurous and open-minded with flavour and texture. For example, Greenway advised us that we should embrace bitterness in plants. Bitterness is often viewed as negative and modern-day endeavours have tended to sweeten bitter foods, but this has served us poorly. By reducing our palate, we are missing out on a whole spectrum of flavours.

What’s more, foraging is not solely for those whose front door opens out onto countryside lanes and plains. Foraging can be undertaken right in the middle of the chaos of London which provides more than enough opportunities to explore nature. Whisking yourself away for an hour or two to wild forage allows you to tap into that aspirational nostalgia, a trend, like #cottagecore, that is increasingly common amongst the younger generation.

But foraging’s image of virtuous free food is also its weakness. It has attracted some mercenary restaurateurs who see an easy quick commercial buck.

Foraging for personal consumption is allowed in England and Wales (with the landowners’ permission) but collecting wild food for commercial purposes is theft. Tower Hamlets Cemetery Park has regularly had restaurants coming in to forage surreptitiously. Wild garlic is a particular favourite and the result is unsightly sad bald patches in the soil and an upset of its eco-system. This represents a microcosm of the way we humans ravage our world’s resources, rather than taking only what we need.

While we all looked down at these sorry patches, Greenway said that, if foraging for personal use, the general rule is (if the plant is abundant) to forage no more than 150g a week: ‘roughly the weight of a small supermarket salad bag.’ That way, you leave some for others and give the plant a chance to regrow.

A small quantity is really all you need as most foraged items will be accompaniments to a meal rather than make-up the bulk of the meal. It might be adding herbs to soups, edible flowers as garnishes, berries for jams, and wild rocket for salads but it provides a dimension to your food that you would be hard-pressed to capture or replicate elsewhere.

So, even though this pocket of London is more known for its pubs than edible plants, there are plenty of opportunities to try out the fun of wild foraging.

If you enjoyed this, then read our piece on Globe Town’s Canal Club Community Garden. 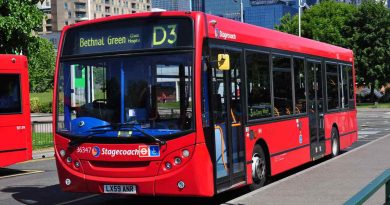 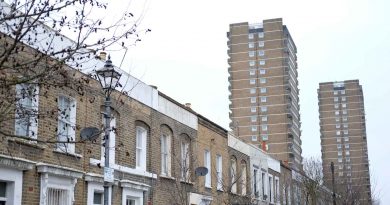 Everything you need to know about the Census 2021