Skip to content
You are here:Home » The genesis of Genesis: from abandoned theatre to nation’s favourite indie cinema 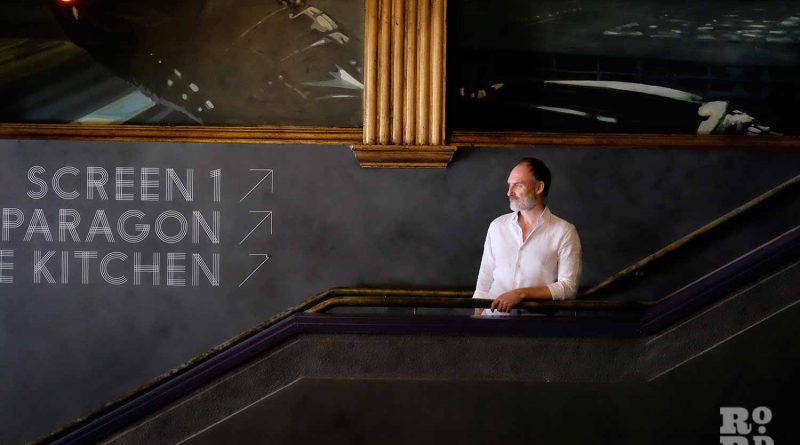 What was once a derelict picture house, Mile End’s Genesis is now one of the area’s most loved cultural assets, and the UK’s favourite cinema. We spoke to former local roofer, Tyrone Walker-Hebborn, about how his construction business expertise was key to turning this disused art-deco gem into one of London’s most progressive cinemas championing diversity in filmmaking.

Walker-Hebborn (54) makes an unlikely cinema owner. Born in Forest Gate, he worked in his Dad’s Bromley-by-Bow roofing company for 10 years, ‘it was supposed to be for just two weeks’ he laughs, before deciding on a whim to expand the family business and open up a cinema.

It’s not hard to see why Genesis was voted Best UK Cinema in 2016. A short amble from Stepney Green Station and you’ll come across its gently curved, jet-black exterior lit up by a bright neon-blue sign and ‘movies, mochas and martinis’ strapline; it’s one of Mile End Road’s most striking landmarks.

Inside, twin staircases sweep up either side of the lobby and a multicoloured contemporary chandelier hangs over a vintage-inspired lounge spattered with battered leather sofas and iconic film posters. At the back, an inner lobby acts as an art gallery showing local works. Upstairs is a bar and kitchen that offers pies and pints before the film, and is often hired for gigs and events.

Genesis’s affable owner can be found hanging around the venue chatting to customers. His ethos is endearingly simple: ‘I just want everyone to have a nice time, nothing is too much trouble, if someone wants something. I know what I like and I want everyone to enjoy cinema the same way I do.’

Stepping inside, it’s clear why so many locals consider this as one of the best things about living in the area. With characteristic energy, Walker-Hebborn retells the first moment he entered what is now Genesis cinema. ‘I loved the way the building looks like nothing on the outside; I like things that are hidden. You walk into the space and there’s this great staircase, as you go inside it just gets bigger and bigger.’

Not everyone would have had that reaction, though, as Walker-Hebborn remembers with his cockney charisma, that the site was initially ‘in a terrible state, full of pigeon poo everywhere with a massive hole in the roof, and a big sign spray painted on the toilets saying “drugs this way” from previous rave parties’.

It’s his positivity, indefatigable work ethic and his varied background, from electronic engineering, to roofing and selling movies to customers out of a van, that helped him to see the potential of this derelict site when others didn’t.

After the penultimate recession, he had the idea to transform their yard in Bromley-by-Bow into a cinema. But the council refused his offer, objecting that ‘if a cinema were to work in Tower Hamlets, someone would have done it by now. And what do you know about cinemas? You’re a roofer.’

Walker-Hebborn disagreed, explaining ‘building is actually a very creative job, it involves the same sort of problem solving you find in filmmaking,’. So, thankfully for us, and with true East End grit , he persevered.

He was pointed to an abandoned picture house down the road, the once Paragon Theatre where Charlie Chaplin performed. Standing at the top of the stairs, surveying the decayed site he thought ‘this is such an incredible building. It brought back memories of when I was a kid and you used to queue up outside the cinema, there’s no way I could let that dream go.’

Genesis, the borough’s only cinema when it opened, is now a roaring triumph, and far removed from its pigeon-nesting days. Opened by actress Barabara Windsor in 1999, its five screens range from the deluxe Studio Four and Five, complete with plush sofas, blankets and its own bar, to the larger screens priced very reasonably – one of Walker-Hebborn’s main goals –‘I’ve always wanted to keep the prices affordable so everybody can come.’

Its secret to success is indebted to the cinema’s inclusive atmosphere. From the offset, Walker-Hebborn created a new way of doing things, a model which has since been replicated by other hopeful establishments. Rather than just showing independent or mainstream movies, he wanted to do both, and allow people to have fun at the same time.

Marketing companies said to me “So what are you? Indie, mainstream or cheap?” And I said well I want to be everything, I like all films. They replied: “that will never work”.

But clearly, it does.

With a nod to Cockney culture, cinema-goers can enjoy hot pies, and Kray-Twins-inspired pizza in Genesis’s Kitchen or sip cocktails on the top floor and enjoy the view. Walker-Hebborn laughs, humbly confessing: ‘I had no idea what I was doing at the start. I knew I wanted a big bar because we all like a drink, my family, and I thought if nothing else we’ll just have one big opening night party.’

Despite its obvious success, its founder remains disarmingly down-to-earth, sharing how he gleans Genesis’s popularity for himself… ‘It’s hard to get honest feedback, so I get into cabs – I think cab drivers are the font of all knowledge – and when we drive past Genesis I ask “What’s that place like?” And some tell me hilarious stories about how it started. One guy said: “the bloke who started it was conceived in there”, but you do hear mostly positive stuff, which is nice.’

Independent cinemas, though, are tricky to get right, especially for newcomers on the scene. UK cinemas are dominated by the ‘big three’ – Odeon, Cineworld and Vue – which over the past 10 years have consistently accounted for 70% of the market. And there are currently 72 independent cinemas In London to compete with.

Yet Genesis has seen a steady increase of 8-15% in admissions year after year and is feeling positive for the future. 2019 was a tougher year, Walker-Hebborn admits, ‘but there was a lot of stuff going on and the quality of the films wasn’t there. I mean look at the Oscar season – I love Green Book but you can’t compare it to say Moonlight for example.’

This year was looking good for them, with Bond around the corner their admissions were on the up. ‘But then, of course, someone eats a bat in China and now here we are,’ he jokes.

Genesis offers far more than a diverse array of affordable films though. From poetry nights, stand up and live music, as well as hosting film festivals that champion marginalised groups in society, Walker-Hebborn’s enthusiasm for bringing people from all walks of life together lies at the heart of this cinema’s charm.

One such inclusive initiative which is very dear to Walker-Hebborn is Fragments Festival, which he set up in 2019 to showcase under-represented filmmakers, locally and from across the globe. It aimed to ‘put straight white male directors in the minority’ and was ‘such a worthy festival’ in the cinema founder’s eyes.

The drive behind this is, in part, Walker-Hebborn’s dislike of injustice across the board. ‘It annoys me when people label East Enders as racist Sun readers because it’s not true. I think you need to see differences, not in a negative way, in a positive way.’ So he set about to change that.

He was first inspired to challenge representation when attending the Birds Eye View Film Festival, which highlighted that 16% of films were directed by women, a statistic that hasn’t changed over the last 100 years. ‘It’s just ridiculous, that was the first thing I wanted to break. I thought, we’ve got to put the films out there, even if they’re not the best. There are plenty of white men who make bad films, but minorities are not getting the same chance.’ In 2017, Genesis showed a new film directed by a woman every week for a year.

Diversity is a crucial component of the East End, and is another reason why Genesis is so keen to celebrate this through film. Having lived in Tower Hamlets all his life until a recent move to Rainham, Walker-Hebborn comments nostalgically:

‘The docks are always changing, that’s why I love the East End so much. There’s such a wide variety of people and cultures, and it makes this beautiful melting pot.’ As its eponymous name suggests, Genesis’ welcoming of change, from its caring staff, to the mix of films and festivals it shows and its movie-like transformation from abandoned theatre to ‘filmmakers’ favourite’, is what sets this local cinema apart from the rest.

This was published during Covid-19 lockdown.
Want to know more about Genesis? Read up about the building’s fascinating history here. 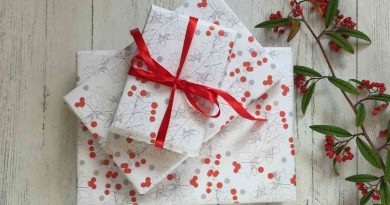 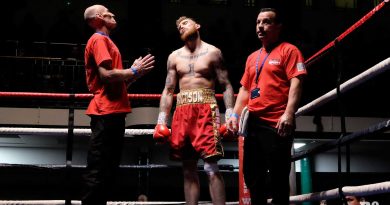 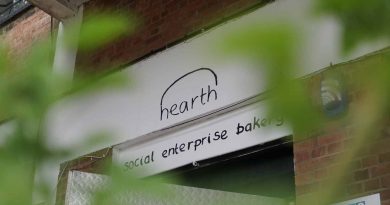