Skip to content
You are here:Home » From failure to fame, murder to mooring; the untold history of Hertford Union Canal 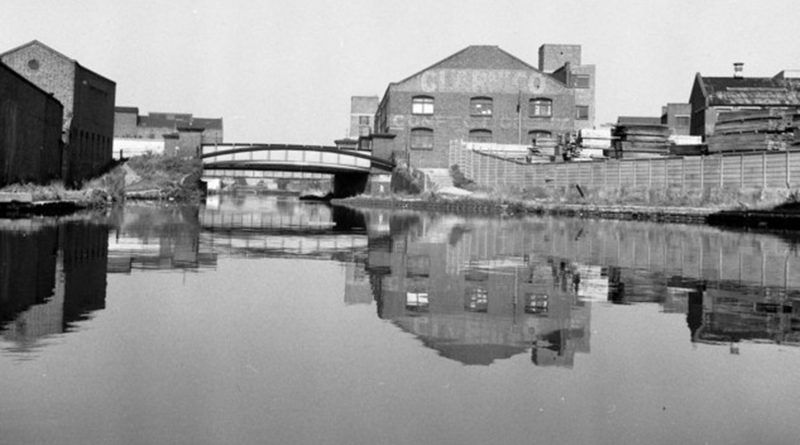 Victoria Park’s water-filled cohabitor has lived in the East End since 1830, but what stories does the Hertford Union Canal tell?

When daydreaming in the office and thinking about a lovely walk in Victoria Park, it is nearly impossible to ignore Hertford Union Canal. Its watery frame hugs the southeast end of Vicky Park, and houses multiple colourful barges and small bridges. When strolling along its path, you’ll often see smiley dog walkers, or locals out for a sightseeing-filled jog. But what is the history behind the canal? Was it always so loved?

To put it simply, no.

In the years prior to its build, the East End saw the construction of many canals, including the Limehouse Cut in 1770 and Regent’s Canal in 1812. Similar to its southern watery friend, the Limehouse Cut, the purpose of the Hertford Union Canal was to provide a short-cut between the River Thames and the River Lee Navigation. The reason for its construction was to allow traffic on the Lea, heading towards the Thames to bypass the turbulent Bow Back Rivers of Regent’s Canal. A smooth, efficient cut-through between the Thames and the Lee.

London, and particularly East London, was at the heart of the trade industry during the 19th century, with most international trade passing through the capital. This meant the emergence of more canals, to allow for the transport of goods. The plan for Hertford Union Canal’s construction had a purpose, to aid this cause and assist in more transport.

British landowner and politician Sir George Duckett saw promise in the building of this canal. He successfully promoted its construction by obtaining an Act of Parliament. The act was approved by King George IV, on 17 May 1824. This approval allowed Duckett to receive £50,000 from the government to fund the construction and to charge one shilling at tolls along the canal. One shilling is equivalent to about five pence in the present day. This doesn’t seem like a lot but a shilling was more than one day’s worth of wages for the average worker in 1800s London. Pricey indeed.

The canal begins at the Hertford Union Junction between Mile End Lock and Old Ford Lock on Regent’s Canal. From here, it snakes past the north of Bow Wharf which was redeveloped in the 1990s with shops and bars. After passing Grove Road, it moves south of Lakeview Estate. For the rest of its route, it hugs the south east side of Victoria Park.

The three locks on the Hertford Union Canal were collectively named Old Ford Three Locks, as they all lie within the district of Old Ford. Not particularly inventive, but a fitting name for the trio.The locks are now individually known as Hertford Union Top, Middle and Bottom locks.

However, Duckett’s watery visions were just that – dreams. Hertford Union Canal’s construction resulted in a monumental commercial failure. For several years after its build it was difficult to navigate as a dam was built to prevent the Regent’s Canal from losing water to it. The three locks had huge drops which proved tricky for boats to pass through.

Even a toll-free passage was offered, but this failed also. The effortful nature of navigating the canal simply held no appeal. With no use for the transportation of goods, even during the busiest time in the trade industry, the canal was deserted.

Between the mid-1840s and mid-1850s, the canal was derelict, with Duckett’s vision evaporating like the water that previously filled the canal’s banks. After years of attempts to sell the forgotten canal, it seemed that Duckett’s dreams for the canal would well and truly disappear.

But the canal’s luck changed on 28 October 1857, when it was finally acquired by Regent’s Canal Company. Its owners removed the dam, and deepened and widened the channel, leading to the beginning of transformation for this humble stretch of water. At last, the canal was easily navigable and a popular mooring spot, particularly in the late 1800s.

However the murky history of the canal continued to flow. On 9 July 1864, 70 year old Thomas Briggs was brutally murdered in Tower Hamlets, becoming the first ever murder victim on the railways. He was robbed, assaulted, and thrown from the carriage by Bow resident Franz Müller. Briggs was left dying on the tracks between Bow and Hackney Wick stations, near Victoria Park, right by the canal.

In 1929 Hertford Union Canal was acquired by The Grand Union Canal Company, which formed the merger of the Grand Junction Canal and the Regent’s Canal.

The Grand Union Canal Company altered the bottom lock, providing a lower fall for canal boats, and in doing so saved an extra lock from being implemented for traffic going up the Lee Navigation. In less technical terms, this means less time and effort needed to move along the canal. This was a huge upgrade for the previously arduous canal, as the easier navigation proved particularly helpful for transportation.

Since then, the canal has become loved by many. Today, it is maintained by the Canal and River Trust, and has become renowned as one of the best mooring spots in London. Duckett’s visions of the canal have finally come to light.

In 2021, the canal received a major face lift. Given the years of trauma it has faced, neglection, modification and even a witness to a murder, it seemed extremely well deserved. After being drained, Anna Borzello and a group of friends who normally search the Thames for archaeological artifacts – aka mudlarking- searched Hertford Union Canal.

They discovered tyres, twists of metal poking from the mud, an entire bicycle, the side of a park bench and even a lamppost. But their search uncovered some even older artifacts and precious items. A world war two helmet. A late 19th Century stoneware. R White’s ginger beer container. Even a mysterious sword from an unknown era. It seems like the Hertford Union Canal has always held an air of mystery and secrets.

And now, Duckett’s optimistic view of the canal rings true. Hertford Union Canal has now become one of the most charming canals in East London, with access to the leafy heaven of Victoria Park, a number of pubs and cafes, and gorgeous mooring spots. Although its history has proven to be rather muddy, the outcome has brought us one of East London’s most beautiful, modest canals.

Enjoyed this article? Then read Along the towpath: 200 years of life on Regent’s Canal. 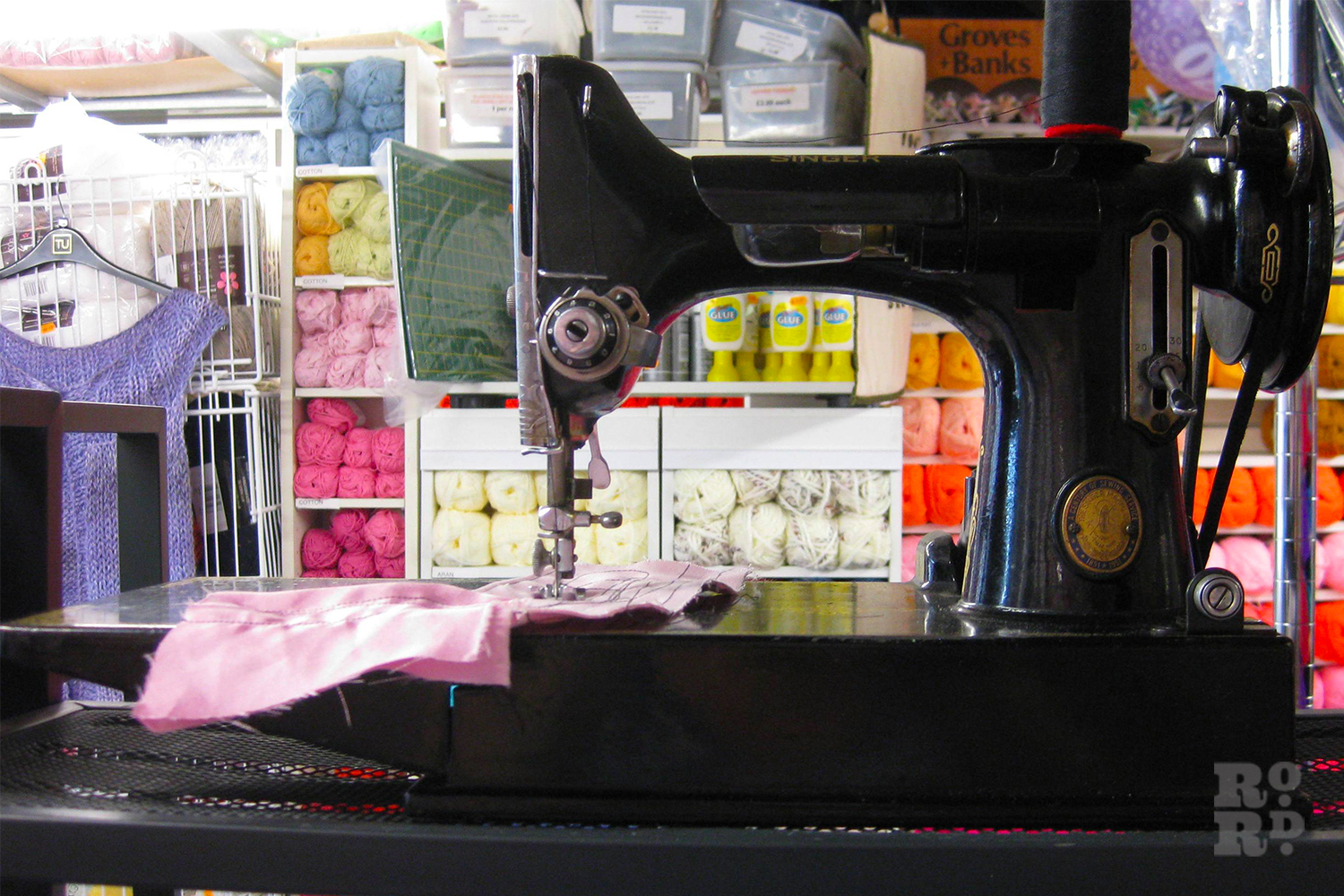 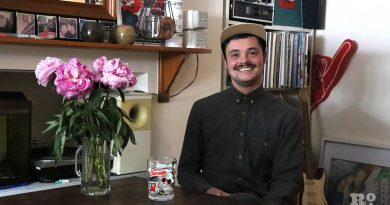 This is Home: Casper Horn, a Hollander in Bow 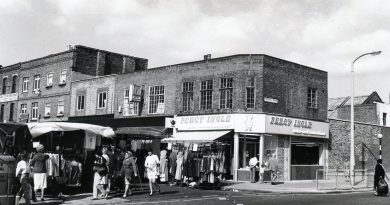 One thought on “From failure to fame, murder to mooring; the untold history of Hertford Union Canal”