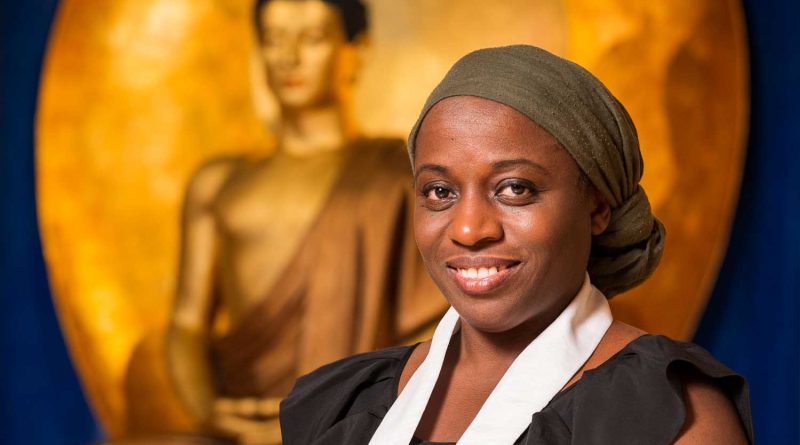 Suryagupta became Chair of the London Buddhist Centre in 2018 to become the organisation’s first ever non-white-male head. She talks to us about her role in the community and route to Buddhism.

While on a plane, returning from a holiday in the Philippines to her life as an undergraduate at the University of Bristol, Suryagupta had a life-changing moment.

‘Suddenly, I thought we were going to crash. And it wasn’t just me,’ says Suryagupta. ‘Everyone was panicking – other passengers, flight crew too.’

Thankfully the plane made it back to England in one piece, but the experience left Suryagupta pondering the way she was living her life, having danced so closely with her own mortality.

‘It really left an impact on me,’ she says. ‘I remember having the realisation that I wasn’t living the life I wanted to live. If my life had ended, what would it have meant? I knew I wanted to be in a position where I could die without regret. And I knew I didn’t know how to get to that position.’

Shortly after, Suryagupta spotted a man in her university library walking round tables and anonymously handing out leaflets.

‘I noticed this guy, he was walking so slowly,’ she says. ‘It drew me to him in some way – the calmness he exuded.’

Taking a leaflet, she read the title Creative Communication and Meditation prompting her to sign up for Bristol’s Buddhist Centre. It was here that she first discovered the meditation and spirituality that has guided her existence ever since.

Born in Mile End hospital, Suryagupta spent the first two years of her life in a house off Roman Road.

Raised as a Christian, she spent most of her formative years in East London.

‘You can definitely call me an East End girl,’ she says.

With parents of the Windrush generation, a young Suryagupta was sent back to the Caribbean with her sister when she was two. Although she can’t remember the years between two and six spent on the other side of the world, the smells and tastes evoke past memories.

‘It’s a nice feeling, whenever I’ve visited the Caribbean in later life there’s something that tells me this place is a part of me.’

Core to the Buddhist teaching is an awareness of the self. Without knowledge of the self, it becomes hard to prepare for death, and even for life.

It was in her late twenties, after attending the London Buddhist Centre, that she would adopt her Buddhist name, Suryagupta.

Although the conversation takes place over Zoom, Suryagupta’s warmth still translates. It comes as no surprise that she was chosen to be the chair of the LBC; her tranquil and collected presence reflecting an inner peace.

All of the previous eight Chairs have been men, so it is refreshing that Suryagupta is the first black and female head of the Centre. The import of reflecting the multicultural, diverse community of Bow and Globe Town is not lost on her.

‘When you’re from a certain background, it’s important to see people who reflect that. Lots of women come to the centre, which is why I do think it’s good that we have our first female chair in place [at the Centre].’

‘That’s not necessarily why I put myself forward for the role, or why I was chosen, but it’s good that there is someone teaching who has had the same experiences as the people who attend,’ she explains.

Unfortunately, Suryagupta underwent the same level of racism that almost everyone who is from an ethnic minority in this country experiences.

‘Growing up in East London in the 1970s and 80s, it would be a good day if you didn’t experience racism,’ she says. ‘It would be all sorts, verbal, physical – thankfully the physical was only once or twice. But most of the time it would be these undermining comments.’

‘You’d just find yourself thinking: ‘Hang on – why did they say that?’ There was no rational explanation for why people were making such hurtful criticisms.’

After Suryagupta’s chance meeting with the slow-moving leafletter from Bristol Buddhism Centre, she began her lifelong practice of meditation.

‘You’ve got to remember, at that stage in the late 80s, Buddhism and its ideas were pretty fringe. Even yoga, which today is so ubiquitous, wasn’t really done that often.’

Suryagupta can attest to why many of us take to Youtube tutorials in search of an online yoga instructor to help banish lockdown-induced ennui.

‘After the Philippines plane experience, I had a bad back injury which only served to reinforce my quest to find answers in the light of knowing that bodies let us down.

‘The thing that we think we can rely on – our body – is the one thing we can’t actually rely on completely. This links to the inherent insecurity about life that I think has been brought to the forefront during these lockdowns.’

Many people who attend classes at the London Buddhist Centre aren’t religious, but are able to find peace of mind through the teachings of Suryagupta and the community.

‘Right now is a difficult time and we need to acknowledge that suffering is going to arise. But we need to know that it’s OK, because there are positive ways that we can respond to suffering.’

‘One of the problems we have in our society is that we don’t know how to deal with pain. We’ll push it away and try and distract ourselves from it. But through training the mind and the heart, we can find ways to deal with the inevitable stresses and insecurities that arise from painful experiences. As a Buddhist, we understand that this is part of life. So we know it’s difficult, but we can find peace of mind accepting that and moving on with our lives.’

As our community looks to its spiritual leaders at this time of tumult and instability, Suryagupta represents a pillar of calm, both in the ideas she espouses and the manner in which she conducts herself.

By living a varied life in which she acknowledges pain as an inevitable part of our existence perhaps Suryagupta is setting an example we could all follow, especially as she continues to inspire as the first ever black and female chair of the organisation.

If you enjoyed this article, you may be interested in this article on the origins of the London Buddhist Centre 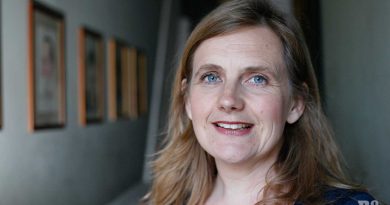 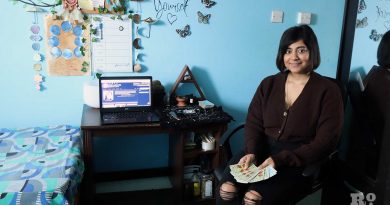 A day in the life of… Sharmishta Mandal, psychic medium in Bow  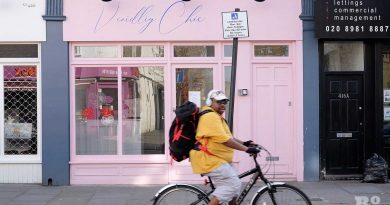 Doreen Fletcher and ‘the architecture of the ordinary’