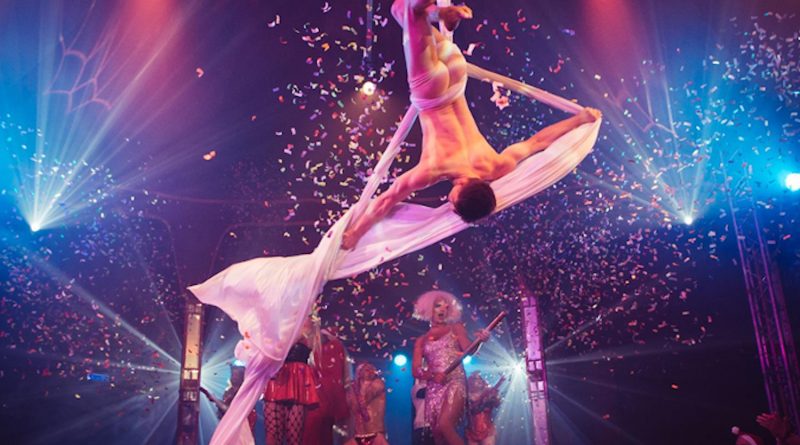 Forgot to book your weekend-gateway on the slopes? Stuck in gloomy London for yet another New Year’s Eve? There is nothing a good party can’t fix. Forget about vegging out in front of the telly. Welcome in the new decade with a bang – this may be the start of another swinging twenties.

There are plenty of parties to choose from in London, so while others are packed like sardines in busy West End clubs,  you can have the night of the year with the bonus of being able to walk home.

With a naughties dress code and an early 2000 pop music set to match, Troxy will be transporting guests back to the 2000s this New Year’s Eve with a Y2K party.

True to form, you can expect all the one hit wonders, guilty pleasures and classic tracks, ready to fulfil every nostalgic need. The evening will also feature a special guest appearance, so keep your eyes peeled.

Start the new year reminiscing with the best beats from an iconic era to round off 2019.

Find out more at our Sink the Pink event page.

Join the Backyard Comedy Club where an evening of side splitting comedy and entertainment is on the cards this New Year’s Eve.

Despite comedy gold being at the forefront of the event, the traditions of New Year’s Eve will not be sidelined, as the show will be followed by a late night bar and DJ.

The comedy show will be hosted by Quincy, combining tales from his East End childhood with his Caribbean cultural heritage. Alongside him, the evening’s lineup is also set to feature Diane Spencer, Kevin Shepherd and Lee Hurst.

With a DJ set full of cheesy tunes to see you into the night, you can relive the old years while seeing in the new.

Doors open at 6pm, while the show starts at 8pm.

Tickets range from £23-£26 depending on how early you get your hands on them.

They will be playing the best party disco, hip-hop, RNB & club classics East London has to offer on all their floors, not to mention their heated roof terrace on the top floor.

Expect the best bumper thumping hip-hop + R&B on the ground floor and carnival vibes in the beach room (with genuine sand), while our residents play out the year with disco edits and classics down in the basement.

Find out more at the Metropolis NYE event page.

The Bow Bells has been sitting the New Year out for a little while now, but they’re back and better than before.

Promising a decadent buffet and your beverage of choice to wash it down with, you’ll be dancing the night away with the help of the live DJ playing all the classics.

Combining the comfort of a local boozer with celebratory style, champagne will also be available at midnight to welcome the New Year in.

See more about this event at our event page here.

New Year who dis? NYE house party at the Star Of Bethnal Green

If New Year’s Eve leaves you longing for those former house party days, look no further.

This year, The Star of Bethnal Green are undergoing a transformation from a familiar favourite pub to a house party that will leave you feeling like you’re back in your prime.

Welcoming residents from Bethnal Green and beyond for a night of WKDs, Smirnoff Ice and Hooch, where house party days truly aren’t over.

Draggy trash queens will be taking you through time with the best music from the last four decades across 1998 to 2020. Disco balls are naturally to be expected too.

Head to our event page for more information.

New Year’s Eve at The Coborn

Although their New Year’s Eve menu is all booked out, it’s not too late to join the party at The Coborn.

Boogie all night long in the pub’s charming setting without splashing the cash, with free entry at the door. If the dancing gets too much, there’s also the option of reserving a table in exchange for buying a bottle of champagne.

There will be a live DJ providing classics and anthems, so there’s something to everyone’s taste and no excuse to not get down on the dance floor.

With plenty of practice in year’s gone by, New Year’s Eve at The Coborn is sure to go off with a bang.

For more information visit our event page for The Coborn’s party.

At Oval Space, UK icon and perennial taste maker Gilles Peterson brings his worldwide brand of house, disco, jazz, and whatever else he plucks from his legendary 30,000 strong record collection.

Joining him behind the decks, Henry Wu, co-founder of Yussef Kamaal, will be making an appearance, alongside Donna Leake from Brilliant Corners.

Meanwhile, across the road at The Pickle Factory, Dan Shake will be playing for an unprecedented 6-hours, with a unique blend of house music and Paradise Garage groove. The London DJ duo Champagne Funk will also be performing alongside him. Drinks, confetti, and an endless line-up are set to make your New Year celebration a one of a kind experience.

This is Oval Space’s biggest party of the year so expect a packed venue.

Find out more at our event page here.

Inspired by the Christmas queen herself, Mariah Carey, the show promises to deliver an evening of sass and silliness. Dramatic performances with classic dance floor hits and plenty of glitter is to be expected.

Mariah and Friendz have been hosting parties in East London since 2013, with a slot at Bethnal Green Working Men’s Club on a monthly basis. Start the new year with the greatest combination of glamour, glitz and the best drag acts London has to offer.

There will be the finest and filthiest drag, alongside cabaret and circus talent, beginning at 9.00pm to late.

For more information see our Mariah and Friendz event page.

Angel of Bow is promising cheese this year, and not the kind you can eat. With a DJ set that’s positively cheddar, you’ll feel like you’re on a dancefloor in 1999.

The kitchen will be open for those who want to finish the year with a good old traditional pub meal, or just fancy something to tide you over.

Experience the perks of being at your local with East London craft beers on tap throughout the night.

Although, you’ll have to be quick if you want to add this East End staple to your list, as it’s free entry on the door and queues are likely.

Find out more at our Angel of Bow event page.

George Burchett: the tattoo artist from Bow who drew on Kings