Skip to content
You are here:Home » Black, female and Muslim: Safia Jama’s rise from Bow comprehensive to MBE 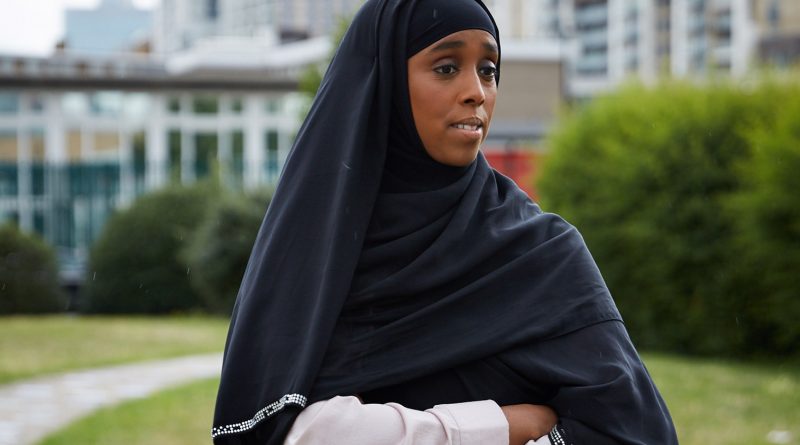 From Bow resident to British royalty, Bow raised Safia Jama speaks to us about how her childhood shaped her determination to help others, trips to Buckingham Palace, and getting her party outfits from Roman Road Market.

The late Queen’s idiosyncratic fountain-pen signature, with the elongated ‘E’, squiggly ‘z’ that looks like a J, and ending in a capital ‘R’ (for Regina, meaning Queen in Latin), hangs pride of place in Bethnal Green’s Women’s Inclusive Team’s reception.

The signature is, fittingly, in a regal purple frame, and bears the words, ‘The Queen’s Award for Voluntary Service’. It was awarded to Women’s Inclusive Team (WIT) for its exceptional services in helping to support the most vulnerable and isolated people in Tower Hamlets through Covid. It is, says Safia Jama with a smile, ‘the equivalent of an MBE but for an organisation.’

Jama, then, has the people version of a Queen’s Award as she carries an MBE to her name. This honour was gifted to her in June of this year as recognition of her tireless work at WIT, such as her and her team’s work with more than 500 volunteers to support vulnerable residents in the borough by establishing a food bank, community kitchen and delivery initiative throughout the pandemic.

Such esteemed acknowledgements from the loftiest order in the British establishment are worlds away from the often unheard and marginalised communities Jama works with. But it’s a testament to Jama’s almost twenty years worth of campaigning that is getting her, WIT, and the communities she works with, noticed.

I meet Jama at Women’s Inclusive Team’s Mayfield House office. While we sit on swivel chairs in a plainly furnished white-washed walled office, the soothing warble of women chatting in the background continues. This unassuming place possesses a quiet determination, a true reflection of its CEO, Jama.

Flinging the tail end of her camel-coloured scarf over her shoulder, Jama explains WIT’s genesis. It was devised in 2003 while Jama, then aged 24, was pregnant with her third child. Her aim was to create a community where Black and ethnic minority women feel happy, safe, and valued. Over time, it’s evolved in its aims and now supports women from all backgrounds and, more recently, men.

Jama, whose heritage hails from Somaliland, says the main driver for WIT stemmed from her wish to claw back the negative narrative that her country’s people received. ‘The work that I do is definitely about showcasing that we are not just what you see online or in the news.’ By that, she means she and her fellow Somalis are often only viewed through the lens of refugees fleeing a battle-ridden country in the grips of a civil war or suffering from relentless famine but she wanted to break that down and place them in a more positive and active light.

But another layer was her desire to ‘bring communities together, regardless of background, to make sure that people understand that we’re all equal, we’re the same, forget the skin colour.’

While these may be drivers, central to Jama’s belief system is helping others.

Jama recalls her own mother calling her a Soddoh Binu Aadam which is Somali for ‘mother-in-law of people’. ‘My mother said, “you literally want to help everybody”, and I do!’ She says as a broad smile spreads across her oval face and claps her hands together.

Her desire to help can be traced back to her childhood.

Born in 1978, she and her family came to Bow when she was seven. She, along with her ten siblings, attended Malmesbury Primary School knowing no English and knew no other dual Somali/English speaker to assist. So, she had to learn, quickly.

A year later, aged eight, she was on her way to fluency. But, by the time she was at Central Foundation School in the early 90s, Somalia was the throes of civil war, as the breakaway state Somaliland tried to split from Somalia. An influx of Somali refugees meant that at both Malmesbury and Central schools, she could lend her voice and act as a trusted translator for the newly arrived and often traumatised children.

Racist insults were also never far from Jama’s ears. Taking on the mantra safety in numbers, Jama and her family would go in pairs, sometimes in threes, when buying groceries from Safeway or shopping on Saturday for clothes along Roman Road Market to stave off unwanted attention.

But racist insults are often a precursor to an attack and this ugly truth transpired when Jama’s father was physically attacked by a group of men. He was left disabled as a result. Almost thirty years later, no one has been brought to justice.

Perhaps to gain justice for an event that was nonsensically unjust, two of Jama’s siblings work in the police, and Jama is an independent police advisor. She lends her ‘many hats of being a female, Muslim, and black’ to the discussion. ‘No matter how wonderful these professionals are, they don’t have that window of the world, an understanding of the local community,’ she says.

Jama would be forgiven if she displayed hatred or anger, but she explains there is no room for negative thoughts or bitterness. ‘I have a very unique way of forgetting about the negativities because it doesn’t help,’ she says, and adds that negative experiences can be a platform from which to learn and change the status quo.

Her determination to change society, and bring in more diverse voices, has resulted in her becoming something of a networking ninja. ‘The more that you network,’ she asserts, ‘the more you can use that as a tool to help people that really do need help.’

Her networking has enabled her to sit on a diverse range of boards.

Alongside her day job as CEO of WIT, and her independent police advisor role, she is a board director of Tower Hamlets Homes, a board member at Tower Hamlets Volunteer Centre, and is a BAME Tower Hamlets Commissioner, which sees her lend advice to the council on how to improve the lives of ethnic minorities in the borough. Jama’s colleagues aptly label her ‘a powerhouse’. There are very few who can authentically wear that badge. But Jama can.

With these positions, it secures her a seat at the literal table. Jama’s mantra is, ‘if you are not at the table, then you are on the menu,’ meaning that decisions that can adversely affect whole swathes of the population can be improved by just one alternative voice.

Her growing influence earned her an invitation to the largest state event in modern history: the late Queen’s funeral.

Jama was one of only 200 community leaders to be invited. ‘I had a lump in my throat when I got the call from the cabinet office,’ she shares.

She was within touching distance of world leaders, including Joe Biden (‘You see these people on television!’ she beams) and even got a smile and nod from the Duke and Duchess of Sussex. ‘Surreal’, is how she describes it.

This was not her first brush with royalty, having also been invited to the Royal Garden Party at Buckingham Palace in May. She is also still to receive her MBE and that will entail a further trip to the monarch’s HQ.

You might also find Jama whizzing along the DLR line, shuttling between Bow Church, Devons Road, and Poplar. Ok, so it isn’t literally her, but Jama’s work led to TfL naming a DLR train after her. But there was a glitch. TfL initially misspelt her surname, ‘Jamma,’ rather than her correct ‘Jama’. She said she wasn’t too troubled. For someone who campaigns so hard on others’ behalf, when it came to herself, she offers generously that ‘there are bigger things going on in this world’. It was a WIT volunteer, Florence Perdriel, who fought for her name to be corrected. ‘That’s allyship in our society, that’s what we need more of.’

According to Jama, TfL was a little reluctant at first as it meant ripping off an adhered heavy metal sign on a working DLR train but relented over the summer. The new naming ceremony takes place this month.

But for all the achievements and trips to Buckingham Palace, she is a Bow homebird at heart. She loves spending time with her five children, aged between 23 and 13 (yes, on top of her work, she also is a full-time mother) at their home on Devons Road, or settling in for the night to bingewatch House of Cards or The Crown.

And when she’s out and about walking the streets, her trusty purple FitBit counts her steps (her record has been 40,000 in one day). She enjoys strolling down The Roman window shopping, or along Roman Road market where she has picked up a sparkly outfit or two for special events, such as her daughter’s 21st birthday.

Her route to and from WIT’s office takes her along Victoria Park and, if she isn’t rushed, she continues down to the eastern end of Roman Road and pops into Greggs to bag her favourite cheese and onion pastry.

You’d be forgiven for assuming Jama has a credit-seeking streak to her, that somehow this desire to help is all for self-promotion. But meeting Jama, there is an entirely unselfish air and she confesses, while fiddling with her scarf, she finds attention ‘not comfortable’. But she reminds herself that all these titles, accolades, and positions, are for those coming next.

‘There is something about empowering the next community and making sure that the next generations are able, willing and confident to be able to join that. That is why we carry on.’ A true marker of a Soddoh Binu Aadam.

If you enjoyed this article, then read our interview with Chaneen Saliee. 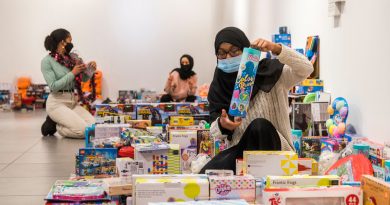 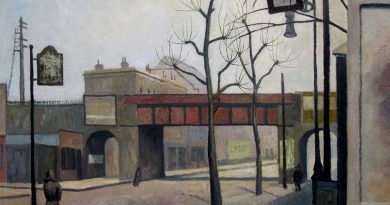 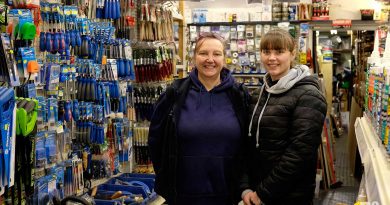