Skip to content
You are here:Home » Globe Town’s Samba Sisters Collective on drumming a different beat 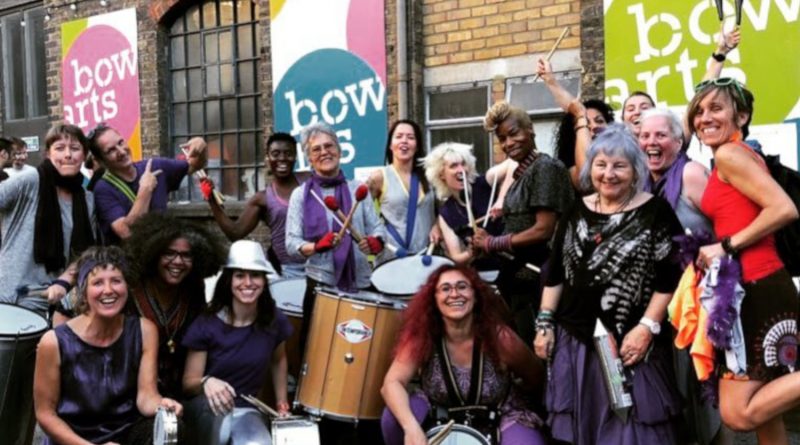 Globe Town’s Samba Sisters Collective use the drums to beat a new trail for female empowerment. We talk to founder Sandrine about her women-only collective, Women’s March against Trump, and bursting Brazilian stereotypes.

Based on Bancroft Road, Samba Sisters is a women-only collective fusion-only community, who came together at the iconic Women’s March against Trump in January 2017.

French-born Sandrine joined over forty other samba musicians, coming together from other Samba bands to have a greater impact in the march. They were immediately popular at the demo, and gained further interest from other march-goers.

The band meets in the Vatican Studios under the Railway Arch in Globe Town. They meet twice a month, have musicians from all over the world and play samba at local events, fundraisers and demonstration.

Why a female-only collective?

Some may feel that a female-only collective is needlessly selective, even controversial, but Sandrine defends this passionately.

‘I’ve been a part of other samba groups, mixed with men and women, and you can see the difference immediately.’ Sandrine shares. ‘If there is a new female member in one of those groups, and you say “play whatever you like”, she’ll always, always, pick up the smaller drums and instruments. Smaller and quieter sounds.’

Sandrine compares those experiences with the Samba Sisters Collective, who welcome all women to their rehearsals regardless of skill.

‘In our groups, women come in, they’re still shy and new, and we ask them, and they say, “I want to go on the surdo – the big drum” always, and of course, who wouldn’t? They make a powerful loud sound, they’re fun to play’.

The surdos are the biggest instruments in the samba band, making up half on the Samba Sisters Collective instruments. Her theory is that without even thinking about it, without acknowledging it, even if they believe they can, in certain environments there are still some women who simply won’t go for what they really want.

‘If there wasn’t a need for it, it wouldn’t be popular, people wouldn’t come. I think that it’s like a sisterhood.’ After meeting at a women’s march, she’s certain that the members share common ideas about women, and that they support each other.

According to Sandrine, playing powerful music and  being part of a supportive network is deeply therapeutic. She describes how several women who have low self-esteem have attended the sessions and found them helpful.

The Samba Sisters Collective isn’t just about making powerful music, campaigning for Women’s rights and being in a comfortable space, it’s also breaking gender based pre-conceptions and stereotypes for samba groups.

‘It’s very uncommon to see a Brazilian Samba group with women playing the bigger deeper instruments’. Sandrine tells us, ‘Even in Brazil, there are maybe two or three groups’. Samba Sisters Collective offers women a space to play and learn. In Brazil, women are likely to ‘assist’ but not to ‘lead’ the band, or they’ll dance but not play the drums.

Dida, a well-known, women-only Samba group in Brazil were an inspiration for Samba Sister. Dida is one of very few Samba groups that are challenging the gender norms in the music style.

She tells how they aren’t the first group to be women’s only, they don’t pretend to be, but they’d like to be considered part of that movement.

The beat of the march

Sandrine has played the drums with several other groups, starting in Samba fusion bands like Barking Bateria and the Rhythms of Resistance. She decided that a women’s samba group would have a bigger impact in the Women’s March Against Trump, which took place in January 2017, a day after Trump’s investiture.

Samba Sisters Collective have attended several events since then including the Match Women’s Festival 2018; The Brazilian Wax festival that was raising awareness for injustices to sex-workers; The Million Women Rise march, and the Beats Collective in June 2017 which fundraised for libraries and refugee camps. They’ve also attended several demos with the Brazilian Women against Fascism group who campaigned against the Brazilian president over human rights abuses.

At marches and demos, the deep sounds of the surdos ‘give a hard beat to the march, which not only brings down anything unsavoury, but keeps the energy up and gives people a spring under their feet’. The demos the Samba Sisters attend are always peaceful, and they like to think the steady music helps maintain the right energy for effective activism.

‘It’s still massively important, there is still so much work to do for equal rights. We are very lucky to live where we do,’ says Sandrine, ‘ but I think it’s important to shine light on other places. In Brazil, for example, women’s rights are awful’.

‘We’re feeling progress in [women’s rights] now. Just think, in a couple of generations they will see actual progress. They won’t even question it.’

The Samba Sisters Collective will be attending the Million Women Rise march this year, as they have done in the past, and will be playing at A Celebration of Women’s Voices in Struggle on 23rd March and the Cute Owl Festival on 11 May.

Stylistic comment:
While we usually publish the full names of all those mentioned in our content, Sandrine has been on the receiving end of threats which may threaten her personal safety and work life. This is an unfortunate reality for feminists, particularly black women, who are running groups in support of human rights. Roman Road LDN feels this is why their story needs to be shared.

Liked this article? You might enjoy reading about Bow Suffragettes, other community groups keen on social change like local, talented Grand Union Orchestra, and The Worker’s Dreadnought. 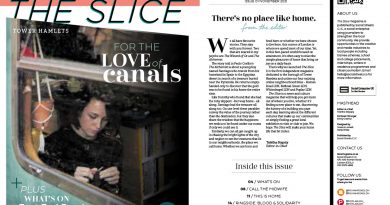 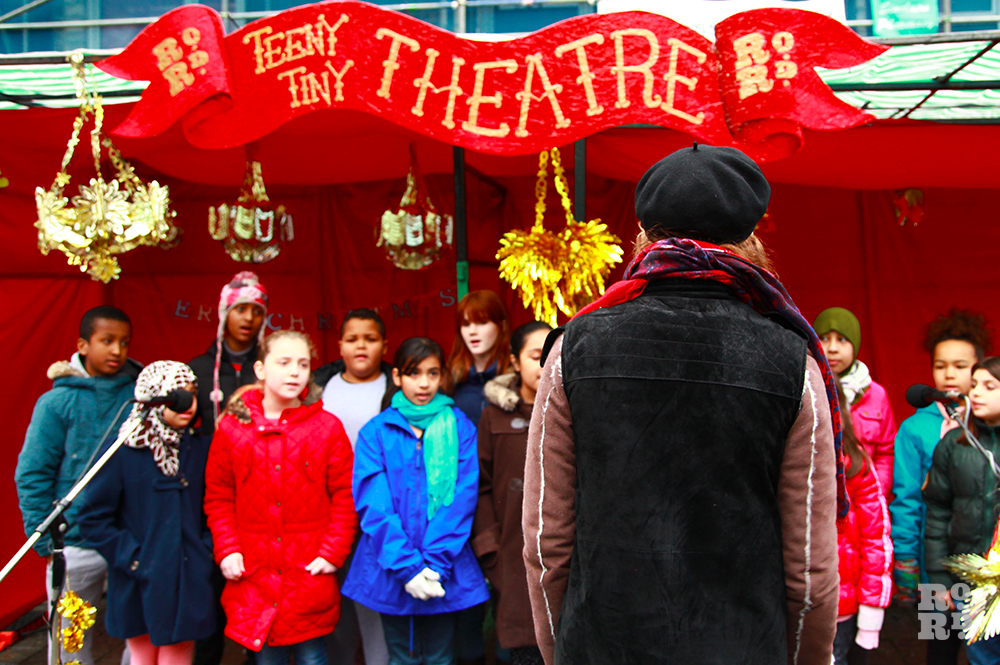