Skip to content
You are here:Home » Painting the town red, green, white, blue… Ged Palmer on Luminor Sign Co and the analogue revival 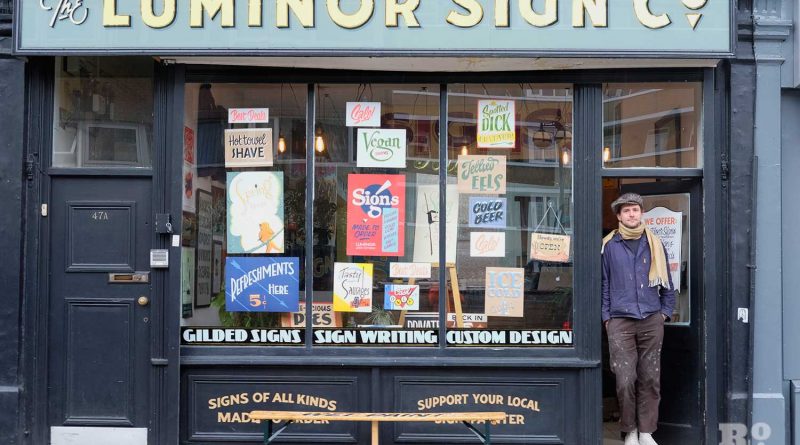 Odds are you’ve seen a sign painted by Ged Palmer. He and his team at Luminor Sign Co on Roman Road have adorned shop fronts across Bow, Whitechapel, and Bethnal Green, no design quite like anything else that has been done or will be done.

Cafe East, Quarantacinque, East London Liquor Company, and Offie & Toffee are just a handful of the businesses that have received the Palmer treatment, and more are in the works. A new sign for G. Kelly is well underway and sketches for Jambala bookshop, run by the London Buddhist Centre round the corner, rest on the counter when I arrive.

Working with clients in person is essential to the creative process. It allows Palmer to reign in ideas and get to the core of what people want. ‘If you’ve got a shop then you just say, that’s all good but come in for a meeting, then we’ve got everything in front of us,’ he says. ‘You can diagnose somebody. If they’re a fancy jewellers and make nouveau stuff in the early renaissance period then we can say, ok, let’s do it like this.’

His trousers are splattered with paint and the shop front is immaculate. Beside the counter there is a heavily laden bookshelf, a personal library out of which Palmer can draw reference and inspiration for himself and his customers.

‘It’s nice to do things in a face to face, real life way and that’s what we do. It’s really nice to have. And the other thing is to think locally and be the local sign shop where people can come in and have stuff made.’

With a purely analogue approach, Luminor feels both like a throwback and a breath of fresh air. Its name is a homage to the original Luminor Sign Co, which was at the corner of City Road and Old Street and closed in 1938. Palmer found a painting of the original by English artist Eric Ravilious in his 1938 book High Street and was immediately taken by the style.

‘Ravilious’ genius is that he makes quite everyday things look ethereal and washed out.’

The current shop’s facade is a nod to that Ravilious magic, but inside what goes on is far from ethereal. Its front, hung with dozens of brightly coloured samples, signs, banners, logos, and placards, feels like the stuff of fantasy. Everything is made to order and the shop is alive with its latest projects.

It’s also alive with its latest customers. Luminor has settled in quickly since moving to Roman Road from its original home in Shoreditch.

A high street presence can usually be counted on to provide novel interactions, and Luminor has had its fair share already.

‘We had a good one where this guy came in and he said, “I drive the number 8 bus past here and I’ve been looking at your shop and I really, really want to get a banner made because I teach tropical zumba dancing at the local church on Sundays. I need a banner.” He was a very unlikely looking tropical dance teacher.’

Another time a Sainsbury’s delivery van driver parked in the street, turned his hazard lights on, and popped in to enquire about signs for his fruit and vegetable stall. More recently activists came into the shop flyering for Tower Hamlets Council to declare a climate emergency and Palmer produced a banner for them overnight.

The focus is always on the work (‘We make everything to order, so there’s not a huge point treating it as a retail experience.’) but there’s a fluidity to Luminor’s day to day life that suits Palmer.

After 17 years at it Palmer is still in love with his craft. A returning appreciation for customised, durable signage has taken him across the globe and through various styles. ‘The American style is a lot more fun, bright, brash, loud, kind of like American people. British sensibilities mean a lot of copper based scripts and romans, the old pub work kind of sets a precedent of a fancy, old fashioned vibe.’

Palmer is always learning. The craft brings its own joy, a point exemplified by east London’s other sign man – Peter Hardwicke. Hardwick has painted shop front signs in the East End since the 1980s, including Dennington’s and, more recently, Loafing. The two have never met, but they share a common purpose.

‘He’s quite a mysterious character,’ Palmer says. ‘Even though I’ve never met him, what I really like about Peter is he’s an article sign writer. He’ll turn up on the job with no design, he’s got his classic styles he uses, then just the top and bottom lines and lays it by hand and just goes for it. That’s kind of the dream.

‘The motto of the Letterheads, which is an annual sign painting meet, is I.O.A.F.S., which stands for: it’s only a fucking sign. If it’s there doing its job you don’t need to get a marching band around.

‘The beauty of a hand painted sign is its imperfection.’

Luminor hardly screams imperfection, but it is certainly beautiful. With custom, long-term signage enjoying a return to form, Palmer and his team are likely to be around for a good while, making their mark with just the right amount of mess.

‘It’s all about the mistakes, keep making mistakes as much as you can, and that’s when you start to make a little bit less. And that’s the 10,000 hours thing.’

How many hours is Palmer at?

‘I’ve done 17 years of probably eight-hour days of drawing letters, so probably double that, and I still feel like I’m just getting started. That’s a really nice feeling.’ 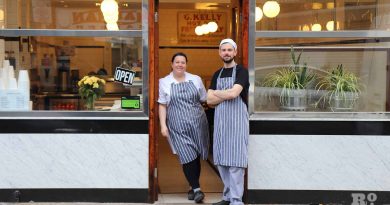 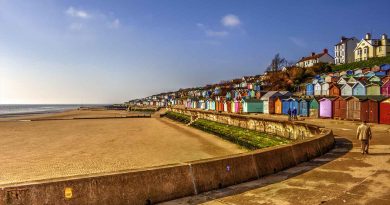 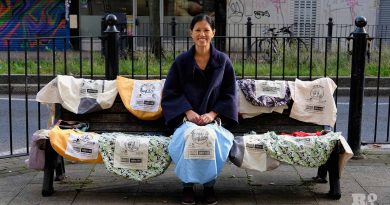 Is social media helping or hurting our high street?