Skip to content
You are here:Home » Why Gina’s Closet is closing after 35 years on Roman Road 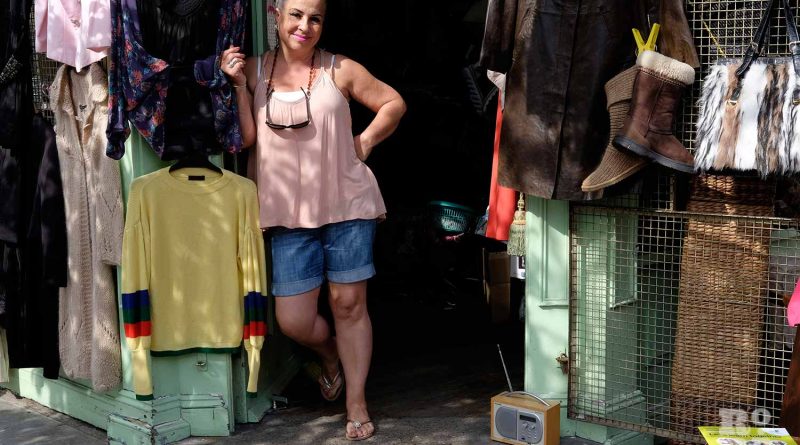 After four decades on Roman Road, Gina’s Closet’s owner, Jeanette Hoare, is waving goodbye to the road after rent soars.

The pastel teal green shop on the corner of Roman Road and Vivian Road with all kinds of bric-a-brac pouring out on Roman Road, has delighted locals for decades. But sadly, this quirky shop, Gina’s Closet, is closing down.

Jeannette ‘Gina’ Hoare, Gina’s Closet’s owner, said that the reason for her decision to close is due to a sharp increase in rent. She currently pays £800 a month but her rent is increasing by over 200%, to £2,500 a month, resulting in an annual rent of £30,000.

‘I understand it, rents have to go up,’ Hoare said but, she added, that it is ‘unaffordable’ for her to continue and she will have to close. Hoare said she believes the landlord, who recently bought the premises from Hoare’s previous landlord, will keep the shop as a retail unit but will redevelop and modernise the space and the above flats.

Hoare admits that she has been ‘lucky’ to have enjoyed such low rent for as long as she has.

Martyn Stables, who set up Look Property on Roman Road in 1990, said: ‘£800 a month is dramatically underlet.’ While he said that it depends on the size of the shop, business owners on Roman Road ‘should typically be charged anything between £14,000 to £25,000’. Stables, who’s let over 100 shops in his time at Look Property, most of which he states have been along Roman Road, added that most shops’ landlords rent review the sites and so an increase in rent is incremental, ‘rather than going from £9,000 a year, to £30,000’.

But for Hoare, who has been trading on Roman Road for 35 years, said it saddens her that her hand’s been forced to shut up shop given the special relationship she’s developed with customers over the years.

Gina’s Closet has become a sanctuary of sorts where locals go to relax and share the load of their troubles. They are always welcomed with a smile, and a small bark from one of her furry family, her two Pomeranians and two Yorkshire Terriers.

In addition, she knows that her shop is affordable and that anyone, with any budget, can find something that’ll catch their eye in the vintage emporium: ‘People who come in don’t have to have a pocketful of money, but they can buy a treat or two, and cheer themselves up.’

She said retirement isn’t on her horizon and she would love to find an alternative shop to house her museum of knick-knacks. ‘I can’t imagine going anywhere else, to be honest, so if I can find someplace local, I’d love to stay local,’ she added.

Hoare said she’ll be trading until April when her contract ends. In the meantime, she wants customers to come in for a chat and a browse, but also for her to have the opportunity to say thank you to those who have supported her throughout her four decades on The Roman. She’s also asked if anyone knows of an affordable retail unit on or near Roman Road, to pop into the shop and speak to her.

If you read this article, then read our piece on the secret services around Roman Road. SPECIAL OFFER
Reids is a contemporary hair salon situated on the sought after Roman Road in the heart of Bow, East London. Established in 1982, with one barber and two stylists, the Read more… 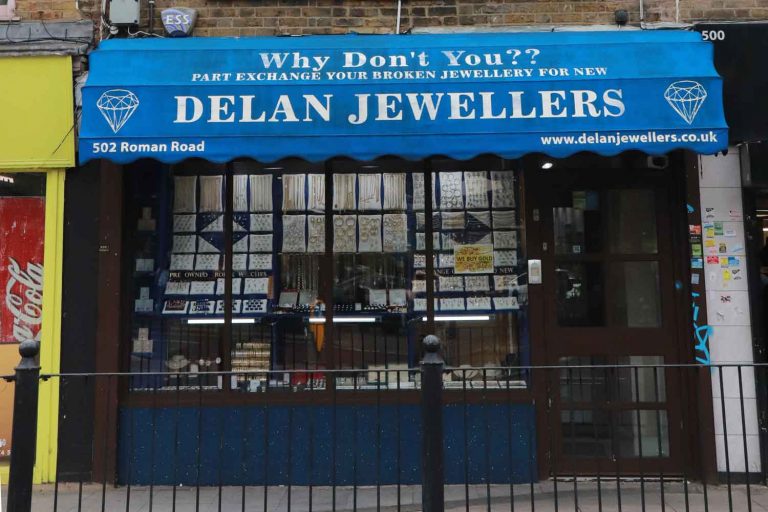 Delan Jewellers is a family run business established in 1975. We started as jewellery manufacturers, making items for the jewellery trade. We opened our first retail shop in 1980 near Read more… 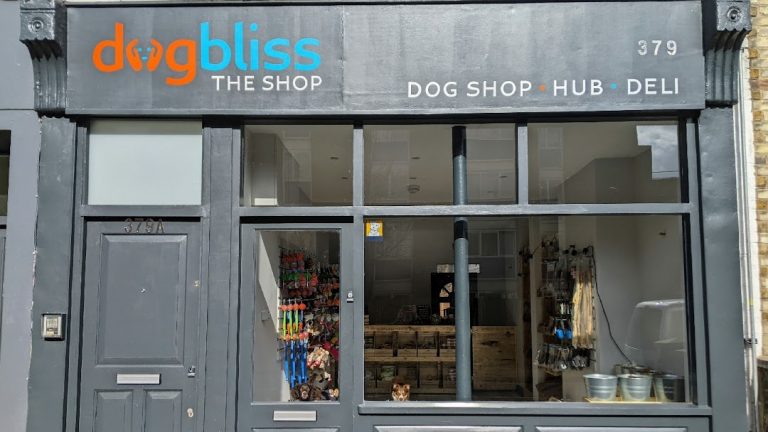 We are a dog shop, hub and deli. A passion project to make dogs happy in the city. The creators are proper dog nerds with decades of experience and knowledge Read more… 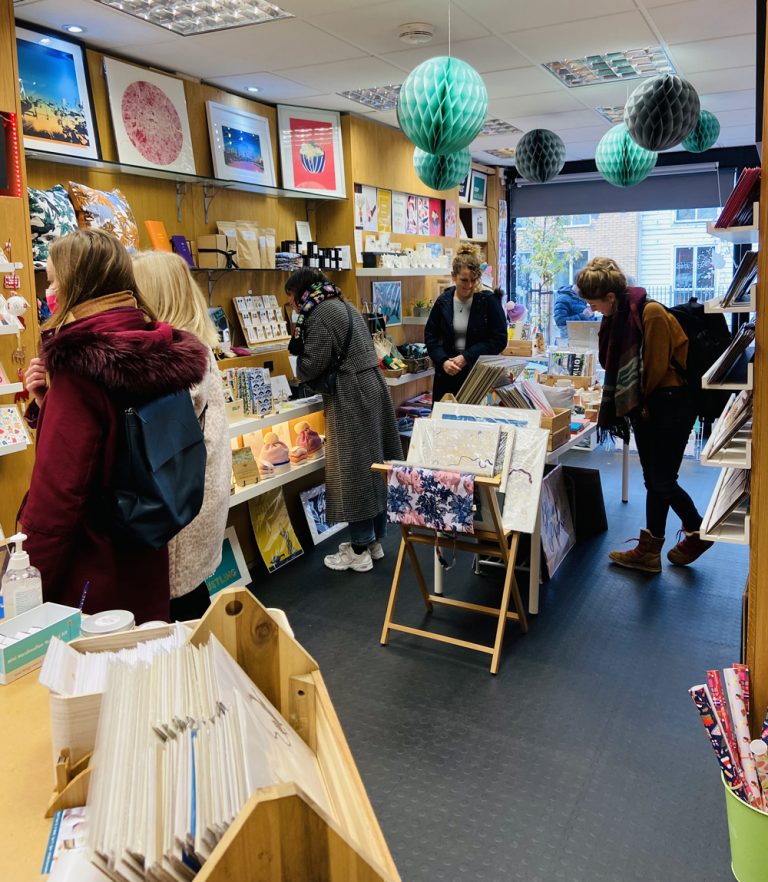 Urban Makers was founded in Bow, by two designer friends Ilka Dickens and Julia Redgrove. Building on their personal experiences as artists, Ilka and Julia have built a vibrant creative Read more… 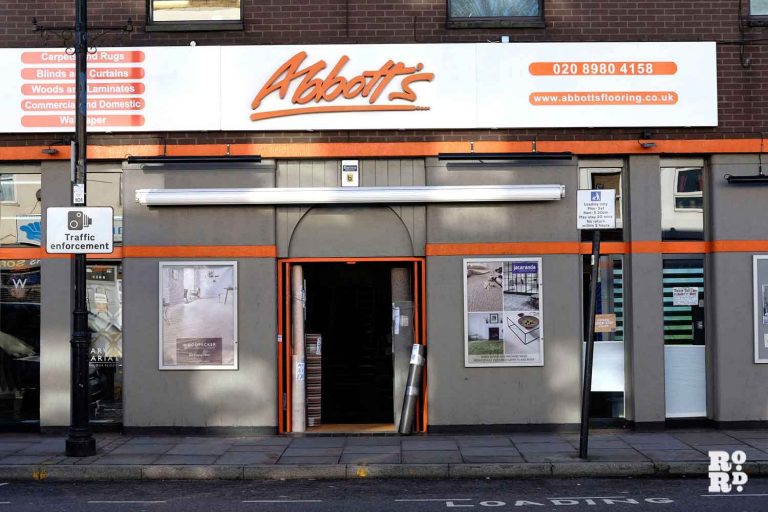 Abbotts has been selling flooring on Roman Road for over 130 years. Our offer now includes fabrics, curtains and blinds. Our dedicated team can offer a full onsite measuring and Read more… 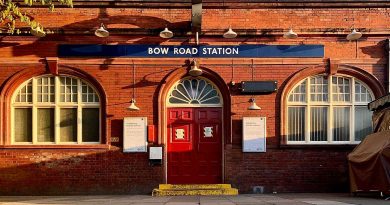