Skip to content
You are here:Home » London Festival of Architecture’s Director Rosa Rogina on the ‘beauty’ of Roman Road 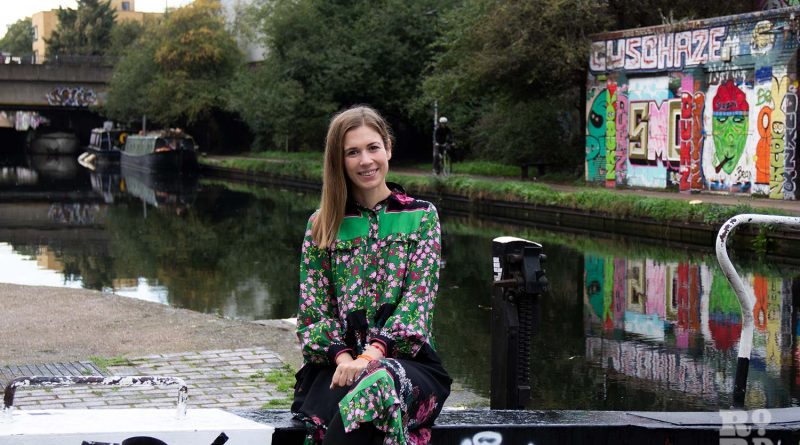 Why Roman Road is the perfect place to blend communities and cultures, according to the director of London Festival of Architecture Rosa Rogina.

Rosa Rogina says she can count on one hand the number of times she’s left her East London enclave to head into the city in the last 18 months.

She spreads her left hand out and, with her right index finger, tallies it up, starting with her pinky and ending at her thumb.

The Rogina two years ago would have been surprised at this statement, for she was a dedicated west Londoner. But, with her part-time lecturing role and her husband Armor Gutierrez Rivas’s senior lecturer role, both in architecture, at the University of East London, they decided to make the move east for a less frantic commute.

They opted for a new-build flat in Hackney Wick, overlooking the canal. While their move was out of necessity, rather than affection for the area, the East End’s blend of places and faces, history and heart, has won her over.

‘This area just has it all,’ Rogina beams.

For Rogina to say the East End ‘has it all’ is high praise from someone who is an expert in building, design, and the use of public spaces.

Alongside her work at the university, Rogina’s full-time job is as the Director of the London Festival of Architecture, a month-long festival that celebrates architecture in the country’s capital and generates discussion and debate on topics such as how our cities should look like.

Last year, in her first year as director, the festival worked closely with the Queen Elizabeth Olympic Park to showcase its ten-year anniversary since its opening for the 2012 Olympics. East End events included walking tours discussing the power that plants can have when designing an engaging and inviting space, and talks on how the Olympics changed Hackney Wick.

Next year’s theme will be ‘In Common’ and Rogina says the decision to go with this theme was fitting given the various crises we are living through, together. From worrying about how to pay for the next sky-high gas bill, concern about the cost of food, and continued unease about Covid as we deepen into autumn and winter, these are all things, she says, that we have ‘in common’.

But the theme can also be interpreted into how public land, historically known as ‘the commons’, can be used for the good of the community and how to shape it to encourage positive integration of different cultures, helping to bridge gaps in one of the most diverse boroughs in London; it is estimated that almost 130 different languages are spoken in Tower Hamlets’ schools and around two-thirds of the population come from an ethnic minority background.

Rogina cites Roman Road and its market as a prime example of a common, or public space that is ‘super important’ as it encourages positive cultural links. ‘It’s that variety of offerings and different colours and smells, which is the beauty of it.’ For any Roman Roadie, native or convert, you only need to walk a few yards to be greeted by the glorious belly-rumbling smells of Elif Cinpolat’s golden gözlemes, be taken in by the floral wafts Perfume Pat’s bargain fragrances, or pore over the array of patterned tights at Adrian McKay aka Ginger’s stall. Roman Road and its market truly are a feast for the eyes, spirit and soul.

While sitting at Rogina’s light wooden kitchen table, with a series of small cacti standing in an orderly fashion on her kitchen’s windowsill, she points to the different seats neatly tucked in.

In keeping with a practical and visual architectural head, she says that she often thinks of a dining table when explaining to her pupils or fellow colleagues the benefit of designing public spaces so that it welcomes all: ‘If you were to draw how the plates are set, and the table is laid out, it’s very different how people do it in the in India, or Britain, or Somalia. But the more we see it laid out that, the more familiar, inviting, and relevant it is to others. The same goes for public spaces. If we cross each other more in everyday environments and spaces that cater for that cross-cultural connection, then it’s more likely that we can bridge cultural gaps.’

Alongside Roman Road market, she also cites the award-winning Donnybrook Estate on Parnell Road as a brilliant space for integration but one that is also her favourite architectural spot in Bow. Designed by Peter Barber, she says she loves its ‘porous’ space, integrating community living without taking away from the individual by creating ‘independent and singular homes, which are then also part of the bigger cluster.’

Her fascination with and desire to see positive integration of cultures can partly be explained by her Croatian background which she describes as ‘a culturally complex environment’.

The nation of Croatia is two years Rogina’s junior and was formed after the fall of communist state Yugoslavia in 1991. Prior to that, it was part of the Austrian-Hungarian Empire which had German, Italian, Romanian, Yiddish and even Arabic speakers under its rule. ‘We have everything from Roman colosseums to Turkish coffee and baklava, to Austrian cemeteries.’ There are clear similarities between Rogina’s multicultural upbringing and the East End’s fusion of cultures, so is that why she feels so at home here? ‘Perhaps, yes, in a way it could be,’ she muses.

She enjoys how Hackney Wick intertwines its cool cafes, raving clubs, and the stillness of the canal but that, within a 15-minute walk, she can be greeted by the physical embodiment of the East End, Roman Road market.

Rogina says she loves Roman Road and its market and visits it on a weekly basis. Artisan Bakery does the best baklava, she says, Akdeniz Supermarket’s fruit rivals top supermarkets (‘their oranges are amazing!’, she claims) and, as for Roman Road stalwart Thompson’s…. ‘Oh my god, they solve all your problems!’ She points to a now perfectly levelled shelf above the kitchen table and says that only Thompsons had the right equipment to solve its previous perpetual wobble.

Rogina is passionate at maintaining and preserving such spaces, and says Roman Road is at a ‘pivotal point’ for its preservation.

‘If you go through different parts of London, high streets are increasingly looking very uniform, but I think there is still that sense of local being embedded in Roman Road.’

Rogina warns of that such uniform streets lose their ‘plurality’, but Roman Road has managed to retain its charm and its authenticity against the backdrop of the changing face of the high street. She advocates the continuation of independently run shops, cafes, and supermarkets but also a diversity of people of all backgrounds who inject character and life with their natter and chatter. It’s for all of these reasons, that the East End has her heart: ‘As I said, there’s a reason I don’t go much outside of this area on a regular basis, because the area really does have it all.’

If you enjoyed this article, then read our piece on the impact the Queen Elizabeth Olympic Park has had on the East End. 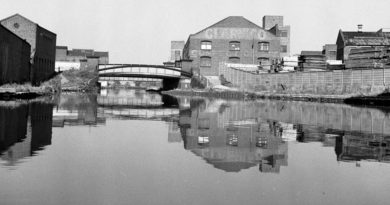 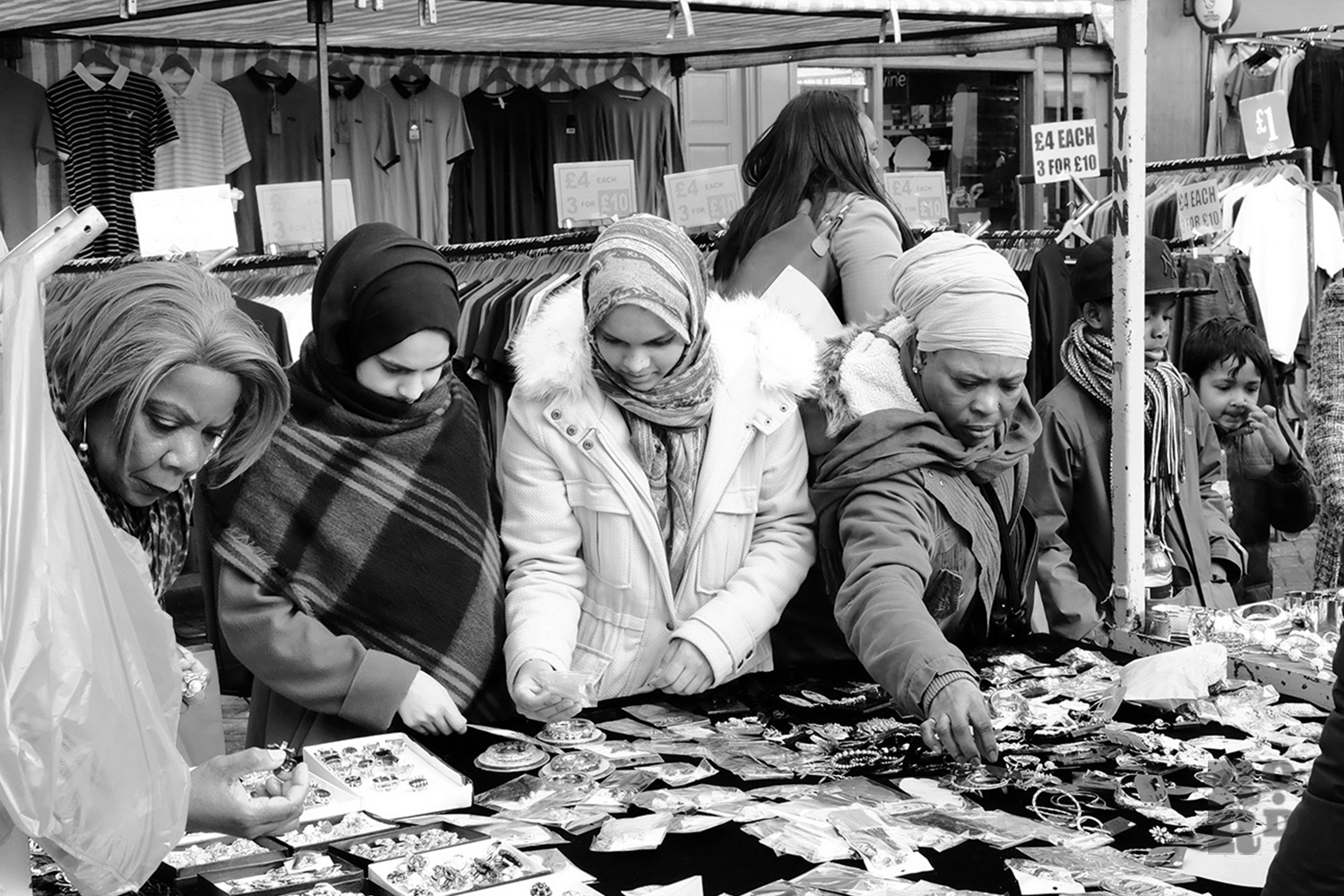 The hustle and bustle of Roman Road Market [photoessay] 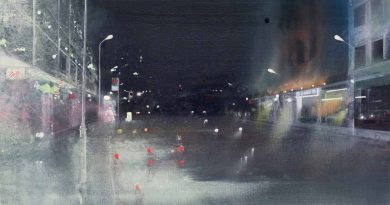