Skip to content
You are here:Home » Where do we live? A guide to neighbourhood boundaries and nomenclature 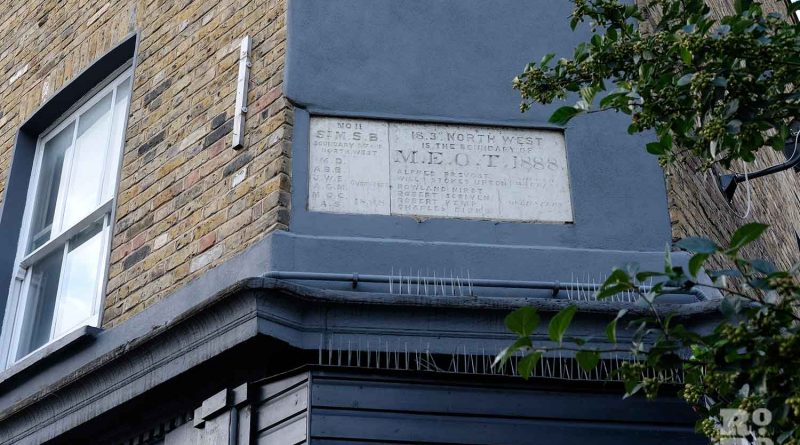 If someone were to ask where you live in this local area, how would you respond? Perhaps you might say, Bow or Old Ford? Or do you live in Mile End, or Globe Town? Or maybe you’re a Roman Roadie?

The labels of our local neighbourhoods evolved from an amalgamation of ancient geographic features, thousand-year old parishes, and newer council administrations, meaning that the boundaries and nomenclatures of these areas have continuously shifted over time.

So what, if anything, separates Bow from Old Ford? Why was Poplar Town Hall located on Bow Road? Where does Mile End begin and end?

Let’s untangle these geographic threads in an attempt to answer the question, ‘where do we live’?

Stepney today links our neighbourhood with the Whitechapel area, and is full of the hustle and bustle of students, residents and restaurant-goers, with spots of historic interest (like St Dunstan’s Church), remnants of its storied past.

Rewind a thousand years ago. The east of central London (what is now Tower Hamlets) would have been marshy, green pastures scattered with some residential settlements. Back then, there was the ancient parish of Stepney.

Until the formation of secular districts and parishes in the 19th century, religious parishes were the civil and administrative centres of local areas.

Stepney Parish was centered around St. Dunstan and All Saints Stepney Church on what is now Stepney High Street. Although exact boundaries are difficult to draw, from 1000-1400 AD it stretched from roughly the City of London all the way east to River Lea. This area was part of Middlesex at the time.

From 1300 onwards, as human settlements grew outward in little clusters called hamlets, new churches sprung up, creating various ‘daughter’ parishes of Stepney. The map from 1720 shows the different hamlets and parishes at the time, including Whitechapel parish on Stepney’s western side.

Then in 1900, Stepney became a borough thanks to the passing of the Local Government Act.

When King George was on the throne and motorcars were first making an appearance, Stepney’s western boundaries lay next to the City of London, on Petticoat Lane to be exact. On the east, it bordered Poplar, and Bethnal Green to the north.

And finally, in 1965, Stepney became Tower Hamlets, which is actually an amalgamation of the former three boroughs Stepney, Poplar and Bethnal Green.

The borough of Stepney’s neighbour, Bow, the area associated with E3 postcode today, was actually a part of Poplar borough. But that is a whole other story.

Probably the most confused of all our neighbourhoods, Bow’s high street is the famous Roman Road, served by Mile End tube station and once belonged to the borough of Poplar.

Many residents get around the constantly shifting classifications of Bow’s boundaries by saying they live in Bow, then immediately adding Mile End to help throw light on the situation.

From about 1000 AD, Bow was a settlement by River Lea that was part of the larger Stepney Parish. It rather notoriously gained its name after the ‘bowed’ bridge built after Queen Matilda’s tumble into the river, or so the story goes.

You can spot Bow labelled as a hamlet on the map of Stepney in 1720. In the 1300s, the people in the hamlet of Bow got its own church, which is now Bow Church.

Bow finally became its own parish in the early 1700s, inheriting Stepney’s original boundaries with Stratford across River Lea to the east and what is now Victoria Park and Hackney to the north.

This map from 1819  shows the boundaries of Bow, or St. Mary Stratford-le-Bow, as it was called. It continued to exist as a parish until 1855 until, in an unexpected turn, Bow became part of the Poplar Metropolitan District in 1855. Bow then remained part of Poplar when boroughs were created in 1900 until 1965, when Poplar, Stepney and Bethnal Green were merged to create Tower Hamlets.

There are remnants of this legacy all around us; have you ever walked past the Bow Business Centre on Bow Row and spotted it’s Poplar signage? It used to be Poplar Town Hall. Or have you noticed the Poplar sign above the shop on the corner of Roman Road and Driffield Road?

Where is Victoria Park?

Despite the proximity and sense of ownership that E3 residents might feel over Victoria Park, it was an in-between space between the poorer Bow and the more affluent Hackney after its opening in 1845. Regardless, Bow residents arguably have a special relationship with the Park, in part because of its association with working-class revolution from the Bow area.

Throughout the 20th century, management passed through a couple of city organisations (such as the Greater London Council) before being run jointly between Hackney council and Tower Hamlets council from 1986.  Finally ownership transferred completely to the latter in 1994.

Today, the Tower Hamlets boundary runs along the northern edge of the park, so Victoria Park Village still falls within the borough of Hackney.

Where is Mile End?

Nowadays, we tend to think of the spot where Grove Road and Burdett Road intersects Mile End Road as ‘Mile End’, with the aptly named station in the centre.

But the boundaries of Mile End are metamorphic; throughout history it has evolved from a small hamlet to an administrative district with clearer boundaries, and back again as an area with no clearly delineated boundaries. Instead, it now blurs into Stepney in the west, Bethnal Green in the north and Bow to the east.

But there is more to an area than council representation. The name ‘Mile End’ harks back 700 or so years; its first recorded use was in 1288 to refer to a hamlet in this area ‘a mile away’ from Aldgate in the City of London.

For most of history, much of the  Mile End area was actually known as ‘Old Town Mile End’. In the 1700s, Mile End ‘Old Town’ appears on record as a hamlet within the much larger Stepney parish.

In 1857, Mile End ‘Old Town’ became an administrative district. A map below from 1870 recreates the boundaries of Mile End Old Town.

After the creation of Stepney borough in 1900, the bulk of Mile End remained as a constituency with parliamentary representation until it was abolished in 1950. Instead, it became part of the Stepney seat.

The final chapter for Mile End was as a council ward within Tower Hamlets as ‘Mile End and Globe Town’. For that, we must dive into the tale of Globe Town.

Where is Globe Town?

With its modern globe sculptures and post-war architecture of the Cranbrook Estate, you’d be forgiven for thinking the name and place of Globe Town was a twentieth century invention of the Council’s.

However, Globe Town began to take shape in the 1700s. The northern neighbour of Mile End, this area developed relatively later than our other neighbourhoods; it was a patch of green with some residential houses in between Bow and Bethnal Green. It wasn’t until the late 1700s that it grew as a residential area with estate developers gaining an interest in it.

Globe Town remained as an area marked more by its distinctive landscape of towering housing estates than strict boundaries Tower Hamlets was established in 1967. It had boundaries and electoral representation as the ward of Globe Town and Mile End.

However there were no formal boundaries separating Globe Town from Mile End. Rather they were recognised by their differing landscape; the former marked by local high-rise industrial estates surrounding the market square and the latter by the area around Mile End Road.

But in 2014, public authorities redrew this map, increasing the number of wards from 17 to 20. This change meant that Globe Town was effectively erased from the map as a ward. Instead, it was subsumed by Bethnal Green.

Where is Old Ford?

Most of us are familiar with ambling down Old Ford Road past the Hertford Union Canal, perhaps to the Eleanor Arms for a pint.

It is tricky to delineate exact boundaries for Old Ford because it was never an administrative district. Instead, since Roman times, the Old Ford area was marked by growing settlements around a ford crossing over River Lea around where Ford Lock on Fish Island now lies.

Maps throughout history show Old Ford as a smaller locality within Bow; even those from the early 1700s show Bow as a hamlet, but not Old Ford.

Until the development in the late 18th century onwards, Old Ford’s shallow waters and pastoral green fields made this area a favourite ‘country escape’ among London gentry.

Seventeenth century M.P. Samuel Pepys writes in his diary: …hence after dinner by coach with my wife only to take the ayre, it being very warm and pleasant, to Bowe and Old Ford: and thence to Hackney. There ‘light, and played at shuffle-board, eat cream and good cherries; and so with good refreshment home…’

It was in the 19th century that Old Ford eventually became its own parish based around St. Paul’s church on St Stephen’s Road, which you can see labelled on Charles Booth’s poverty maps, but it was still administratively tied to Bow and so became part of Poplar borough. Parishes still live on in some parts of the UK in their secular, administrative incarnations, even though London no longer uses this system, relying on wards instead.

Nowadays, Old Ford is still without exact boundaries, but locals refer to the Old Ford area as the largely residential block above Roman Road bordering Hertford Union to the north and River Lea to the east.

Old Ford, Mile End and Globe Town may not be part of the modern-day electoral districts in Greater London, but they are geographic areas with deep ties to our identities and histories.

Confused? Join the club. But we like to think of the multitude of ways that we can determine our local identity as a freeing thing. And now, if we asked you again, ‘where do you live?’  What would you say? 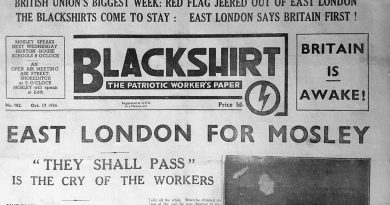 2 thoughts on “Where do we live? A guide to neighbourhood boundaries and nomenclature”